Peter Kopelman had a most distinguished and varied career as a physician, educator and an international research worker in the subject of obesity. He led the governance of three medical schools and finally served as Vice-Chancellor of the University of London. 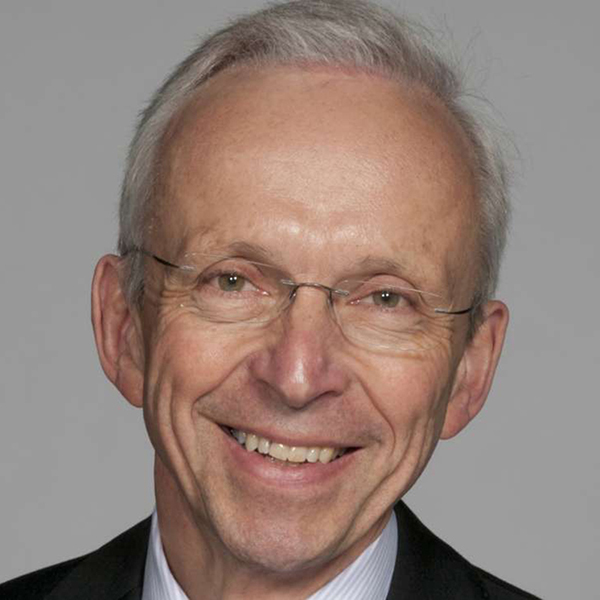 Born on 23 June 1951 at the General Lying in Hospital, Lambeth to Dr Harry and Joan (Hazel) Kopelman, Peter went to Felsted School, Essex, and qualified at St George’s Hospital Medical School in 1974. He married Susan in 1981, and they had three children Sarah, Claire and Tom.

At heart, his roots were in clinical medicine and his primary focus on the patient was entirely complementary to his own understated, quiet, compassionate and modest personality. Enduring influences on his professional life were, on the one hand, the clinical medical education at St George's Hospital, influenced by Professor Tom Pilkington, and on the other, by his own father, Dr Harry Kopelman. His focus was always on the broadest definition of the needs of the patient, whether science or psychology based, and to these needs he brought an extensive and wide knowledge. He set high standards for competence and compassion both for himself and those on his clinical team.

Having held senior house officer training posts in the much sought-after rotation of Neurology, Infectious Diseases and Cardiology at St George's he trained in general medicine, diabetes and endocrinology with Professors Pilkington and John Jenkins. In 1986 he was appointed as consultant physician at Newham General Hospital with senior lecturer responsibilities in medicine at the London Hospital Medical College. He soon became a much-admired and appreciated clinical teacher.

In 1997 he was appointed as Assistant Warden and Dean for Medical Education at the new joint St Bartholomew's and The London School of Medicine and Dentistry within Queen Mary University of London. A year later in 1998 he was awarded a chair in clinical medicine at the School. He was then appointed as Deputy Warden at the School and Vice-Principal (NHS Liaison and Strategic Alliances) at Queen Mary. He left London in 2006 to take up the appointment of Executive Dean of the Faculty of Health at the University of East Anglia before returning as Principal at St George’s, University of London in 2008, a post he held until December 2015. He was appointed interim Vice-Chancellor of the University of London (2018-19). The University was full of praise for his approach to, and solution of an intractable dispute - nothing to do with academia. He was clearly a good listener, a quality that not everyone possesses! He continued to make a major contribution to university policy as its President of Development up until his death.

From 2000 onwards his advice on research into the management of clinical obesity was widely sought, particularly by the Royal College of Physicians and he was a key figure in workforce planning, education and training at a national level.

Peter was exceptionally well-informed through his own attention to detail, and it was this, together with his natural diplomatic approach and utmost respect for the contribution of others, that meant people were willing to accept his advice and opinion. Of course, he still needed the personality to avoid conflict and jealousy. Perhaps the quality of his attention to detail and his embracing of new technologies is best illustrated by the fact that his own demonstration for medical students of the examination of the central nervous system, in Kopelman & Dacre’s Handbook of Clinical Skills has been viewed over 165,000 times on YouTube.

Shortly before leaving St George’s in December 2015, Peter was diagnosed with T-Cell Pro Lymphocytic leukaemia and he underwent a stem cell transplant in the summer of 2016. He made such a good recovery that he ran a 10km race in support of Anthony Nolan, which had been pivotal in finding a donor for his own transplant.

This obituary is written by Dr Peter Mills, former Consultant Cardiologist at The London (1979-2010) and Professor Brian Colvin (The London, Medicine MBBChir 1969)