When I first started working in Thailand, there was virtually no support for scientific research and scientific policy was virtually non-existent. I therefore thought that I should devote my effort to these issues as well as technical work. 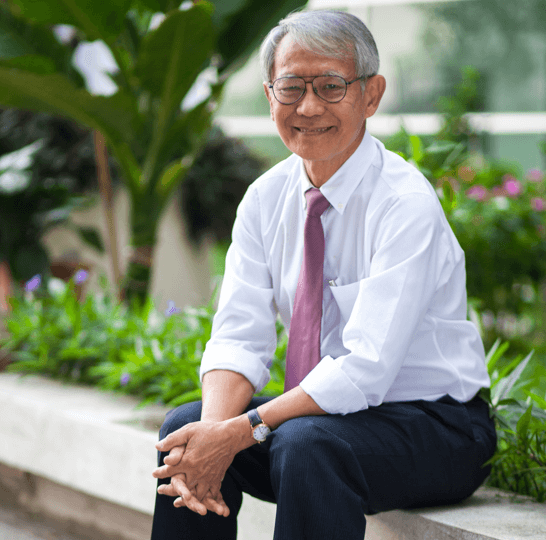 Since graduating from Queen Mary, you have established yourself as a distinguished scientist and policymaker in Thailand. What initially interested you in scientific policy and what did you hope to achieve?

When I first started working in Thailand, there was virtually no support for scientific research and scientific policy was virtually non-existent. I therefore thought that I should devote my effort to these issues as well as technical work. I hoped to have a good system for support of science and technology as well as for realising their benefits to society. We eventually succeeded in persuading the government to set up the Ministry of Science, Technology and Energy and a few research funding agencies.

It has oft been said that science can only be effective in influencing policy if it is autonomous from the political process. In your expert opinion, how do you think the interplay between science and politics should best be organised?

Science is most effective in influencing policy when there is no political pressure. However, the running and funding of science depends on political judgement, and scientists should therefore be ready and willing to explain the scientific issues to the public and to be engaged in the political process of securing support for science.

What have you found most rewarding about working in policy areas?

It requires interaction with many people outside of science, which broadens your outlook and makes you realise that science is only one component among many in issues concerning policy.

What is your fondest memory as Deputy Prime Minister of Thailand from 2014-15?

Success in introducing government support for babies and pre-school children, which was absent at the time despite overwhelming evidence of this crucial period for childhood development. It is now well accepted and has expanded in the scope of support. I also succeeded in greatly expanding the innovative technology assistance programme for small and medium industries, which I started some twenty-five years ago.

You began your career as a scientist with only 200 USD to fund your first research project and now serve as a Senior Advisor to the President. Can you tell us about your career and how you were able to successfully navigate it?

Through having a split personality! I am devoted to science, and yet I like to work on broad issues as well. That turned out well, since I was chosen as the first President of National Science and Technology Development Agency partly due to these double traits, I think.

You are well-known for your work on the development of Thailand’s first indigenous drug to combat malaria. Can you tell us about this experience and go into more detail about what you achieved?

This came from decades of work, first on the structure of the enzyme crucial for the parasite, which is a drug target that has mutated so that the original drugs do not work anymore. We solved the structures of both the native enzyme and its mutants, and found out how the mutations led to drug resistance. Then we designed and synthesized new molecules which could now inhibit the mutant enzymes. One of these, called P218, turned out to very effective. It is cheap to make, non-toxic and can be administered through oral route, passing the criteria of a drug for malaria, which is still rampant in Africa and many places in Asia.

In the winter of 2017, you published a book titled ‘Sparks from the Spirit’. Can you tell us more about this work and what inspired you to write it?

The book came from my perception of science as a spirit which has dwelled in humankind since the beginning of all time – the spirit of curiosity, of trying to answer questions about things around us, which forms the basis of science. This led to sparks, which mean consequences ranging from innovations and other useful development to our present search for sustainability for our planet and society. There are also harmful sparks, such as weapons of mass destruction and cyberwarfare. I want to tell readers in simple language about the spirit of science and its ramifications as good and bad sparks, so that we may choose wisely our journey to sustainability and beyond.

My contribution to basic knowledge on malaria, especially on the structures of drug targets, and the development of drugs effective against these targets, is very special to me. The National Science and Technology Development Agency and the opportunities to serve the public in two previous governments are also very special achievements.

You have had many great achievements in your career thus far – from receiving two Royal Decorations to publishing over 100 research papers. What achievement is most special to you?

The Royal Decorations are acknowledgement of the results of my long career in science, comprising the research papers and other output. My contribution to basic knowledge on malaria, especially on the structures of drug targets, and the development of drugs effective against these targets, is very special to me. It is also very satisfying to see my students and colleagues grow in their professional career helped by these achievements. On the broad side of my career, the build-up of science infrastructure culminating in the National Science and Technology Development Agency, and the opportunities to serve the public in two previous governments are also very special achievements.

Outside of your work, what are your other passions and interests?

I like to play the violin, but I am far from being a good player. Indeed, I once tried to escape to the cello, but that did not turn out too well either! My cherished desire is to play Massenet’s Meditation without sheet notes one day.

How would you describe your time at Queen Mary and the impact it has had on your career since graduating?

It was a very exciting time, and the relatively small community of the university helped me find my identity. I remember discussions on chemistry with friends – where are they now? I organised a cheese and wine party for the chemistry club. I joined political clubs and more in order to stay at the university after class, not to mention spending lots of time in the grand dome library. I further joined in a debate, and still remember the sighs of the organiser when I suddenly ran out of things to say!

What are your most enduring memories of Queen Mary?

What is most important to you about being part of the Queen Mary alumni community?

Knowing that you are in good company, albeit a relatively small one. It feels good to see people from Queen Mary being honoured in the news or giving expert advice on TV on various issues.

What advice would you give to students and alumni aspiring to follow a similar path?

You are well equipped with your Queen Mary experience. Go and follow your dreams.

What are your plans for the future?

In order of priority,