[My book] is a critique of a tendency to conflate the experiences and cultures of the black British population with the black American population. Obviously, there are instances when comparisons are valid, but the assumption, which I found pervasive after the Black Lives Matter protests last year, that we can analyse black Britain through an American lens, is reductive. 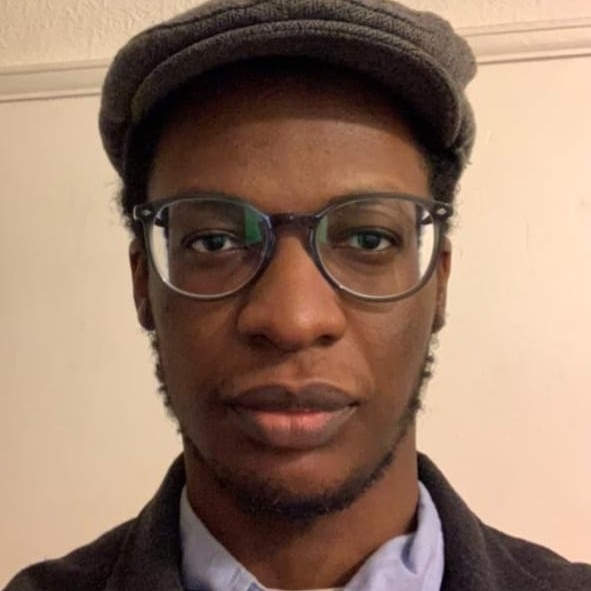 Why did you study English at Queen Mary? What sparked your interest in this specific degree?

My favourite subjects at school were History and English. I loved History because I loved learning new things; I felt fulfilled when I learned a new fact or detail from the past. And I loved English because I loved inhabiting new worlds. In the end, I chose to study English because my English teachers at school were more encouraging than my History teachers. I also studied English because I wanted to be a writer of some sort. When I was in my early teens, I wanted to be a novelist. But by the time I was applying to university, I wanted to be a journalist. I decided to study at Queen Mary because I wanted to stay in London, and because Suzanne Hobson (who still teaches in the English Department) made a powerful impression on me: she was the person who interviewed me when I first visited the university as a sixth-form student.

What aspects of your degree did you find most enjoyable and how has your degree remained relevant and helped shape your career to date?

I really enjoyed my final year in particular. I became a more confident writer and a more sophisticated thinker. In particular, I enjoyed a DH Lawrence module taught by Suzanne Hobson, and a module about art and politics in interwar Europe, taught by Katie Fleming. I loved those modules because they allowed me to widen my reading habits - I read on and about philosophy, history, politics, film and other fields. My degree has remained relevant in so far as giving me good research skills, making me a more astute reader, and making me better at verbally expressing my ideas. All of this is important for me as a journalist and a critic.

I am a freelance writer and critic. This means I can pretty much write about whatever I want. This is, in many respects, wonderful. If I had a different job, I would still be reading and writing. The fact I get to do it as a job is a privilege; I feel immensely lucky.

You studied James Baldwin and American Civil Rights as part of your degree. Was it important for you to see black representation in the curriculum?

You have done your research! Yes, I did study Baldwin. I had never read him before, and that module on him was my favourite part of second year. I think the fact Baldwin was black is less important than the fact he was a talented novelist and an outstanding essayist. But yes: it was great that someone with a different background than most of the writers we studied could also claim a place as a subject worthy of study.

Can you tell us about your current role? How does this job allow you to explore some of your passions?

I am a freelance writer and critic. This means I can pretty much write about whatever I want. This is, in many respects, wonderful. If I had a different job, I would still be reading and writing. The fact I get to do it as a job is a privilege; I feel immensely lucky. But it also means I need a great degree of self-discipline: I am, in effect, my own boss. Ideally, I would like to get a staff writer position at a magazine, or become a columnist at a newspaper. But I’m just getting started in my career.

You are currently writing a book about black British identity. Can you tell us about the book and some of the themes/issues it will explore as well as why you were inspired to write it?

I prefer to tease rather than reveal all my cards. All I’ll say is that the book is a celebration, of sorts, of black British identities. And it is a critique of a tendency to conflate the experiences and cultures of the black British population with the black American population. Obviously, there are instances when comparisons are valid, but the assumption, which I found pervasive after the Black Lives Matter protests last year, that we can analyse black Britain through an American lens, is reductive.

What does Black History Month mean to you?

It means celebrating a group of people who have all too often been demonised, degraded, enslaved, colonised, marginalised, and murdered because of their racial identity.

The theme of Black History Month this year is ‘Proud to Be’, and its aim is to celebrate being black or brown, and to inspire and share the pride people have in their heritage and culture. Why are you ‘Proud to Be’ you?

I’m a shy person by nature, so I’m slightly uncomfortable with the notion of personal pride. I also think any sort of collective pride I might feel - in my black, Nigerian, or British identity - is qualified by a queasy sense that my identity is subsumed into a larger force over which I have little control over, and thus, to my dismay, can’t do anything about. So, I am in a state of tension with this question. But tension is good. Tension is what keeps us alive. I do feel proud to be black at times; but a lot of the time I just don’t care. I do feel proud to be black when I see black footballers doing well for England; but my overriding feeling is pride for England. I do feel proud to have the same racial identity as James Baldwin or Toni Morrison or Ralph Ellison or Chimamanda Ngozi Adichie; but I also feel a profound attachment to James Joyce and DH Lawrence and Virginia Woolf. To use a famous line from Walt Whitman, “I contain multitudes”; I guess you could say I’m proud of that.

Are there any historical or current black figures you wish more people knew about?

I like the story of Ira Aldridge. He was a black American actor who moved to England and became the first black person in Britain to play Othello. He also starred in other Shakespeare plays. He moved around Europe too. One of his daughters, Luranah Aldridge, was an opera singer, and was cast by Cosima Wagner to appear in Richard Wagner’s Der Ring des Nibelungen at the Bayreuth festival in 1896.

What was special about your time at Queen Mary? Can you give one or two examples of your most memorable moments?

The moment I realised I got a first-class degree was the happiest moment on the course, but the most memorable moment was also the least memorable. 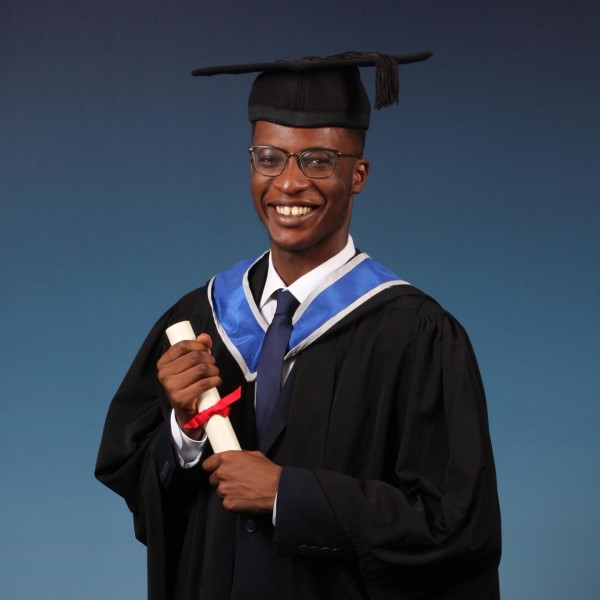 On the day of our dissertation deadline, the English department had organised a drinks gathering. On that day, I had hardly eaten any food and I had already had a few drinks with a friend of mine in a nearby pub. When we arrived at the gathering, we had more drinks and my friends and I decided to go back to the pub to have more drinks. This is where things get fuzzy. I remember going to the pub, and then darkness, and then waking up in a hospital bed. My friend told me later that when I was blacked out in the hospital bed, he sat by my side reading me poems by Paul Muldoon. I never drink on an empty stomach now.

Is there any advice you would give to current students or recent graduates considering their career options?

Network. Network. Network. Develop curiosity as a muscle: be interested in things outside your comfort zone. If you want to be a journalist or critic, join Twitter; it is better than LinkedIn. Don’t be fatalistic.

This profile was conducted by Alumni Engagement Coordinator, Nathalie Grey. If you would like to get in touch with Tomiwa or engage him in your work, please contact Nathalie at n.grey@qmul.ac.uk.