“Shamima completed part one of her alumni profile as part of our Welcome Week 2020 campaign in which she touched upon her time and studies at Queen Mary and her current role as President of the Students’ Union. Read part one of Shamima’s profile.

Part two of Shamima’s alumni profile is dedicated to Islamophobia Awareness Month and Shamima’s identity as a Muslim woman.” 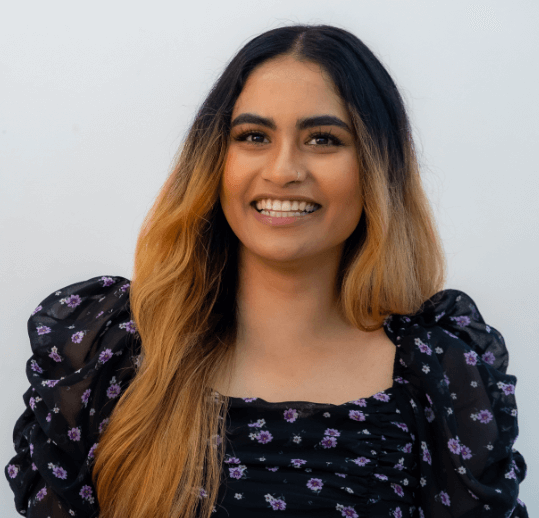 Do you think it is important to see Muslim representation in the curriculum? Representation has always been and will always be a vital part of building an inclusive curriculum. It is rather encouraging, more than anything, to see Muslims being represented across the curriculum. Islamophobia and Islamophobic actions derive from a lack of knowledge, not just about the religion Islam, but also about Muslims. Therefore, the more people are exposed to Muslims and the impact they have had in so many areas, the more of a positive impact this will have on our students and our future generations.

What does Islamophobia Awareness Month mean to you? What do you want people to take away from IAM? Islamophobia Awareness Month is important because Islamophobia continues to affect many Muslims across the country, including a lot of our students and staff. In essence, it is a hate crime, yet we are so used to it that we don’t report things or just let hurtful comments or actions slide at times. This month is vital to not only educate others, but to also encourage ourselves and others to report and deal with it accordingly.

Are you involved in any projects that aim to actively deconstruct and challenge stereotypes about Muslims and Islam? I am currently working on launching an awareness project called ACT (Awareness Campaign Toolkit). This project not only allows students to create their own campaigns and use central resources, created and provided for them, but also aims to look at awareness issues such as microaggressions within communities. I hope through this project that we can start having various different conversations that are very much needed.

In your opinion, what are some of the most pressing issues and negative stereotypes faced by Muslim communities? In my opinion, there are various stereotypes that are still portrayed by mass media and which some people project onto the Muslim community. For example, the ‘Muslims are terrorists’ narrative is still at play and used throughout mass media. So is the idea that Muslim women who are covered are oppressed. None of which are true, but they persist as a narrative.

Is there anyone in the Muslim Community that has inspired you and if so, why? I am honestly inspired by my fellow Muslim executive officers across the country. They really push me to be a better representative and more in tune with my faith as well as my role. I recently hosted, along with student, Adi Sawalha, a panel event called ‘Navigating the System: Muslim Student leaders’. This event really highlighted, again, the importance of Muslim student leaders and the effect they have on student unions and higher education and further education.

How do you identify with your Muslim identity? I identify with my faith through my actions as a Muslim individual, through my day to day practices and my sense of belonging to the Muslim community.