"I love the balance that I have from my two jobs. Sometimes I will be sat at a desk and managing many tasks in the morning but then in the evening I will be jumping around as an animal and helping young people to have fun.” 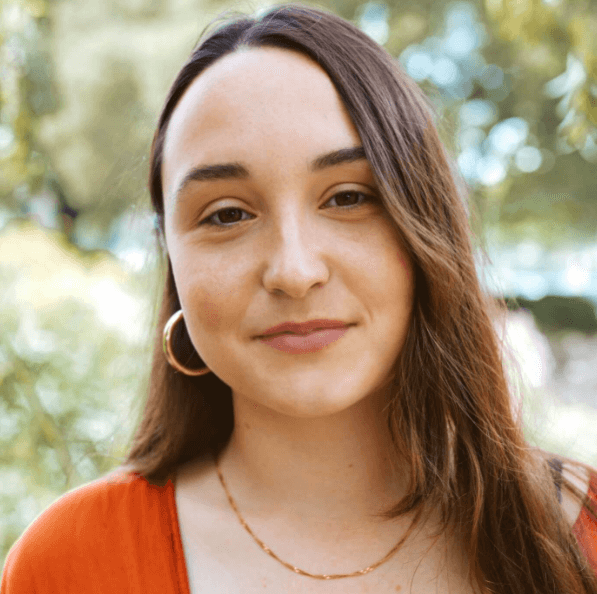 Where are you from and why did you choose to study at Queen Mary? What sparked your interest in your chosen course? I was born and raised in a small seaside town called Lowestoft in Suffolk. I decided to study at Queen Mary as it was the only campus university in London. I knew I wanted to study in London, but I also knew I wanted to feel a part of a community. Living on campus within Zone 2 gave me the perfect combination of bustling city living and a sense of belonging. I had been interested in theatre and performance for some time but was unsure which route to take. However, on the open day, the Head of English & Drama said to us “This is a degree that will make you use performance to ask questions about the world we live in.” It was this statement which sealed the deal for me!

What does your role involve? How long have you been in this role? What does a typical working day look like for you? My role as a Managing Director at Roman Road Trust involves a lot of things! I take care of our communications, finances, day-to-day workings, and delivering projects. At the moment, I am managing a large project to transform a community space in Roman Road. I began as an intern at Roman Road Trust in September 2017 but then became Managing Director in August 2019. I also work as a Drama Facilitator and Access Worker at Half Moon Young Peoples’ Theatre. I help deliver drama workshops and lessons to young people ranging from 5-21 years old. I sometimes visit schools in Tower Hamlets to use drama to help children with maths. As an Access Worker, I help young people with disabilities to participate in sessions. A typical day for me is usually split between both of my roles. I will often spend half of my day working from home in my role at Roman Road Trust. This often involves emails, meetings, and spreadsheets. Then in the late afternoon/early evening, I will cycle to Half Moon Theatre to deliver a drama session (or two!).

How did your time and study at Queen Mary help your career and development and how did you get to where you are now?  I was introduced to Half Moon Theatre through a volunteering placement that was made available during a second-year module at Queen Mary. This then led to paid work once I graduated. Queen Mary also introduced me to Roman Road Trust as I saw the internship roles advertised on the School of English & Drama website.

What do you love most about your job? I love the balance that I have from my two jobs. Sometimes I will be sat at a desk and managing many tasks in the morning but then in the evening I will be jumping around as an animal and helping young people to have fun.

What are some of your fondest memories from your time at Queen Mary? What was your favourite place on campus? My fondest memories are within the Pinter Studio in ArtsOne. We used to host weekly cabaret styled solo performances which were always crazy and brilliant. It was such a supportive but experimental environment.

Did you do anything outside of your studies while at university which helped you realise your interests and what you wanted to do when you graduated? I volunteered at Half Moon Theatre throughout my second and third year, which really helped me to realise that I wanted to use my creativity and skills to help others. I also worked as a Producer for Peopling the Palace(s) festival and other Queen Mary events. I think this helped me realise I enjoyed being in charge and being responsible for the running and delivery of projects.

How have you stayed in contact/involved with Queen Mary since you left? I have stayed in contact with Queen Mary through the School of English & Drama as Roman Road Trust has been featured in their newsletter a few times. I have also been working closely with the Centre for Public Engagement at Queen Mary through my role at Roman Road Trust. The Centre for Public Engagement recently donated £5,000 towards our crowdfund campaign to Transform The Common Room. Queen Mary will be using The Common Room for 50hrs per year once it is built in summer 2021. The Common Room is a project to transform an un-loved piece of land into a community learning centre for local people in Roman Road. The space will become a civic classroom and its programmes will continually change to suit the needs and desires of our community. Take a look at our successful Spacehive campaign for The Common Room.

What are your hopes and plans for your career going forwards? I hope to continue in my role at Roman Road Trust for the foreseeable future to make sure The Common Room is successfully built and then developed by the community. I hope to also continue in my role at Half Moon Theatre but would like progress to be a Lead Facilitator. I think I have always seen myself becoming a school teacher. But this is something I would like to peruse later in my life.

This profile was conducted by Alumni Engagement Coordinator, Nathalie Grey. If you would like to get in touch with Rosie or engage her in your work, please contact Nathalie at n.grey@qmul.ac.uk.