To a large degree, Queen Mary chose me. At the time (1961) admission to university degree programs was far from automatic; only 5% of high school graduates went on to study at universities. When the academic year began, I was delighted to find that the class size was small—14 students; seven male and seven female—all of whom were very compatible despite differences in age and experience. 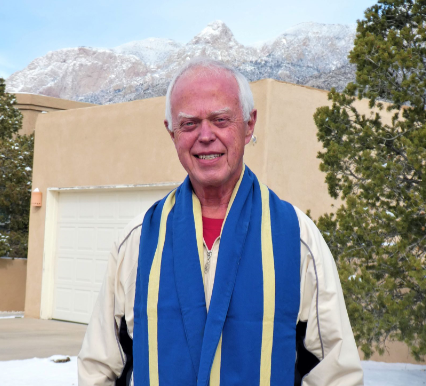 Why did you choose to study Zoology at Queen Mary? To a large degree, it was Queen Mary that chose me. At the time (1961) admission to university degree programs was far from automatic; only 5% of high school graduates went on to study at universities. Interviews were required, and rejections were more common than acceptances. At QMC my interview went wonderfully well. One of the interviewers was a behaviourist, who was impressed by the books I had read and the topics (bird migration, imprinting) that I was able to discuss. I was equally impressed by the faculty interviewers, and I was delighted to receive an invitation to become an undergraduate with them after completing high school.

When the academic year began, I was even more delighted to find that the class size was small—14 students; seven male and seven female—all of whom were very compatible despite differences in age and experience. We had to choose between two special topics in our degree programs: marine ecology and entomology. Almost all of us chose marine ecology, and the experiences we had, especially in our summer field work at Plymouth and Whitstable under the direction of Professor Gordon Newell, will stay with us all forever.

It’s amazing that you received a Commonwealth Scholarship to attend the Ph.D. program at the University of Alberta. What did your Ph.D. thesis explore? I was very fortunate to receive a Commonwealth Scholarship that covered all my expenses to study in Canada. I believe that 14 such scholarships were offered in 1964. My intent was to choose a topic in marine biology at the University of Alberta, in Edmonton, but when I found that there was a much stronger program in boreal ecology, based on field work in the Northwest Territories, I decided instead to work on a topic involving cyclical changes in the population density of rodents. I investigated genetic changes in the gene frequencies of certain blood proteins in populations of deer mice and red-backed voles throughout their cycles of abundance, and, five years later, in 1969, received my Ph.D.

How was it different studying in the UK (Queen Mary), compared to studying in Canada (the University of Alberta)? Living in a city on the prairies of Canada, with extremely cold winters, was itself very different from life in London. And graduate programs are obviously very different from those at the undergraduate level in that the ultimate goal, following a period (a year, in my case) of advanced coursework, is to produce a dissertation describing original research. The coursework did not differ greatly from that at QMC. The majority of my time in Canada was taken up by laboratory and field work, and it was the latter that sticks in my mind as so distinctive.

Spending long periods living in the forests near Great Slave Lake, in both summer and winter, was very different from the life I knew in England. I made many friends with residents in the village of Fort Providence, on the Mackenzie River, including members of the Slavey native population.

Can you describe your career path since graduating, touching on the stages that led to your final position as Executive Dean of Mathematics and Science at Richland College, Texas? After graduate school, the scholarship required that I return to the U.K., and I took a postdoctoral position at the University of North Wales. In 1971 I then accepted an offer at the University of Montana, where I taught genetics, ecology and mammalogy, including at a summer field station on Flathead Lake. After 3½ years, I moved to Dallas with my family, where I taught at Southern Methodist University for the next 6½ years. During that period, I taught courses each summer at the field station the university operated: Fort Burgwin, near Taos, New Mexico. It was very hard to return to Dallas each fall: northern New Mexico is very beautiful, with ecological zones that range from high desert to alpine tundra. In addition it is culturally very rich, with a population about equally divided between whites, Hispanics and Native Americans, who live primarily in the pueblos along the Rio Grande.

One summer, back in Dallas, I taught a biology course at Richland College, and I was so impressed with the faculty and administrators at the college that I determined that the community college system was the place that I wanted to be. In January of 1981 I became a Division Chair of Science, Math and Computer Science at another college in the Dallas County Community College District, and two years later took an equivalent position back at Richland College. Since then my responsibilities changed and increased as divisions were consolidated and the college enlarged to more than 20,000 students. By my final year at the college, as Executive Dean of Mathematics and Science, I was responsible for overseeing the course offerings of 42 full-time and about 140 part-time faculty in mathematics and science. In August, 2019, I retired after 38½ fulfilling years with the DCCCD.

Northern New Mexico had remained as one of my favourite places since my summers at Fort Burgwin in the 1970’s, and the decision of where my wife and I should live in my retirement was an easy one for both of us. We moved to Albuquerque late last year, to a house with a wonderful view of the Sandia Mountains to the east. Sunsets cause the mountains to glow yellow, pink or red almost every day, and thus their name: “Watermelon”, in Spanish.

It is very impressive that when you retired you left behind a legacy of two deans and a 42 full-time faculty, all of whom you hired, at this institution. What have been some of your other career highlights? I am tremendously proud of the hires I made during my years at Richland College. The faculty and staff I left behind were a phenomenal multi-ethnic and multi-national group of people. My hiring philosophy, beyond subject matter expertise, involved the answer to this question: Would this person be someone I would be happy to have in the office next door to me for the next 20 years?

For a period towards the end of my employment at Richland College, I served as Interim Vice President of Academic Affairs and Student Success, and I was delighted to have been able to mentor one of my faculty to take over my role of Executive Dean when I retired.

How did your time and study at Queen Mary help your career and development? Apart from providing an excellent education in Zoology, based heavily on the study of original publications and involvement in lab and field work, it showed me how important cooperation with colleagues is in order to progress in any field of study. Perhaps we were lucky to have a group who were so compatible, but I came to believe that our selection for this small program was greatly influenced by the personalities we displayed during our interviews. As I mentioned above, this factor had a major effect subsequently on the hiring decisions I made throughout my career.

Is there any advice you would give to current students or recent graduates considering their career options? Yes. First, major in the subject that interests you most, not the one that you believe will make you the most employable or well-off. Second, whatever position you are considering when you graduate, ask as many people as you can who have similar positions about its positives and negatives. If they appear to be unhappy, you probably would be, too.

You mention that you have studied, worked and travelled in numerous countries and places around the world, if you could have worked in any place in the whole world throughout your working career, where would it have been? I believe my choice would be New Zealand. I visited that country only once, a couple of years ago, and was delighted with the people I met and with the bucolic countryside, once Aukland is left behind. It struck me that Britain probably looked like that—a century or more ago.

What was so special about your time at Queen Mary? The camaraderie among our class of 14 students throughout our three-year program comes first to mind. Then, the wonderful experience of field work in the summers at Plymouth and Whitstable, as I mentioned previously. Third, the support the faculty provided us whenever it was needed. Particular individual moments? Seeing Professor J.E. Smith demonstrate the dissection of a snail, primarily using his thumb nails, and seeing Professor Gordon Newell leading students rapidly across a slippery rocky shore, despite war injuries that caused him to use a walking stick.

Have you kept in touch with any of your fellow Queen Mary alumni throughout your lifetime? I have. Two members of the Zoology graduating class of 1964 with whom I was close have died, and, of the rest, I am in contact with one on the Isle of Wight, one in Halifax, Nova Scotia, and one on Vancouver Island. I would love to make contact again with the other eight after so many years.