Studying and living in a different country was a life changing experience. It teaches you to get along with people from different backgrounds and gives you a much broader perspective in life...  I love how culturally diverse Queen Mary is, I made friends from all around the world. 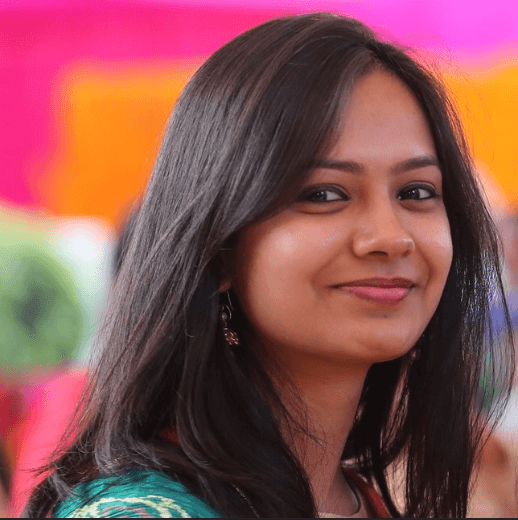 Why did you choose to complete your Masters at Queen Mary in particular? I wanted to study my Masters in the United Kingdom and when I started looking at universities, Queen Mary came across as one of the best for specialising in Intellectual Property Law. Queen Mary also has its own Intellectual Property Research Institute and ranks among the top universities for the course. The cherry on top was that Queen Mary is situated in London, which I believe is one of the best cities to live in around the globe.

What were your favourite modules on your course and why? Did you encounter any topics that you had never come across before? I had taken a module on Patents, which I thoroughly enjoyed and Professor Duncan Matthews made it even more interesting. It was in fact during the introductory lecture of the module that I found my topic for my dissertation, ‘Human Embryonic Stem Cells Patenting: Innovation vs Morality’, which really fascinated me and I ended up scoring a distinction on it. Another module which I really enjoyed was Creative Industries. Dr. Gaetano Dimita was convening the module at the time and the cases regarding personality rights and copyright including films, music etc. were very interesting.

I came across a lot of topics that I had not studied or heard about before as we were studying cases on an international level and it being a specialisation course, most of the in-depth knowledge of the courses was all new to me.

I understand that you were an international student at Queen Mary, where is home for you?Home for me is in Faridabad and I work in New Delhi, India.

What was it like studying and living in a different country and what advice would you give to prospective students thinking of studying in another country? Studying and living in a different country was a life changing experience. It teaches you to get along with people from different backgrounds and gives you a much broader perspective in life. My advice always is to make friends with people from other countries. Queen Mary provides a safe environment to interact with people from around the world and everyone should take advantage of it. Another thing is to explore the city and country you are in and most importantly learn about that country’s culture and respect it.

Do you think Queen Mary could have done anything different to help you settle in and adapt to your time at the University? I honestly cannot think of anything. Queen Mary provided shuttle service from the airport to campus and the housing department was so helpful as I was staying at Stocks Court which is not on campus but still part of it. I would have liked to have had the option of taking more modules as part of the curriculum as it was very difficult to choose from such a vast selection. But apart from that everything was amazing, especially the faculty at CCLS and the induction week which was a great ice breaker. I remember making a lot of friends at the Cumberland Lodge trip during the induction week and getting to know about the University as well as the faculty.

What was your favourite thing about living in London? I cannot point out just one thing because London for me was love at first sight. I enjoyed the fact that London as a city lets you be whoever you want to be and as Samuel Johnson said ‘[w]hen a man is tired of London, he is tired of life…for there is in London all that life can afford’. I used to explore the city and venture to new places whenever I had some free time, sometimes alone, sometimes with friends. My favourite spot is near the Tower of London from where you can see Tower Bridge. I realised my love for bridges whilst in London.

I also travelled across Continental Europe as we had an IP conference in Madrid, which was my first trip outside the UK whilst living in London. I also explored within the UK and lived for a month in Kenilworth, Warwickshire. Apart from that I travelled to Scotland, Wales, France, the Netherlands, Portugal, Munich, Belgium and Italy. I did my first solo trip ever to Barcelona and it felt so exhilarating; even after returning to India I do solo trips because of all the solo travelling I was able to do in Europe!

Can you describe the career path you have led since you graduated in 2015? How did you find moving back home to work? Moving back home was a challenge for me after spending almost 16 months in the UK. Everything felt different but home is always home. Honestly, I did not want to come back but the immigration rules at the time made it difficult for me to stay in the UK. I had started looking for jobs in India even before I returned. I started contacting all the people in my profession and eventually, after coming back I met up with my current boss, whom I have known since one of my internships. At the time of my internship my boss was working with a senior lawyer in Delhi but by the time I came back from London, he had started his own practice as a lawyer and he was looking for someone to assist him as he was expanding. That is how I joined his office and I have been assisting him as well as handling my own cases here in Delhi and after 4 years now, I also supervise newcomers and interns. It has been a journey with its ups and downs but I have learnt a lot during the last 4 years as a litigating lawyer.

Is there any advice you would give to current students or recent graduates considering their career options? Students in today’s world need to be proactive as the competition is cutthroat. If you want to achieve something, then you are required to work hard and to build a good network in your industry. Never feel shy to ask for help, I used to feel awkward while asking for help from professionals but I’ve learnt that if you want something you have to ask for it. Be aware of your industry, the developments in your area of work, read and gain knowledge about the profession and stay confident.

Were you involved in any extracurricular activities? During my course, I was part of qLegal. I really enjoyed my time working as a student adviser, especially the group activities like workshop and drafting toolkit. Patrick, who was heading qLegal at the time was a great support. The six of us from different countries and backgrounds were in the same group and those are some of the friends that I enjoyed hanging out with the most.

What was so special about your time at Queen Mary? The University, its faculty and everyone was so warm and welcoming and even after graduating, I feel a sense of belonging. There is nothing more precious than this for me. I also love how culturally diverse Queen Mary is and how I have made friends from all around the world.

The few memorable moments I have were when after the lecture of creative industries, the professors and students used to go to the Knights Templar for drinks. Another one was when our group of six who met through qLegal went for dinner together as a kind of farewell after term ended. I also enjoyed my time researching and working on my dissertation in the IALS Library and QMIPRI as the University provided a lot of resources for my course.

Do you have a favourite spot on campus? Our classes were held at CCLS in Holborn so I didn’t spend that much time on the main campus, however, the open area outside the library was always busy whenever I visited with some activity going on or people just sitting and chatting. I also really used to enjoy living at Stocks Court with the other post graduate students.