Queen Mary gave me the starter skills for community engagement that I still use every day – it introduced me to different communities that are incredibly like the ones I engage with today, and it gave me the confidence to understand what a community wants, and what they need. 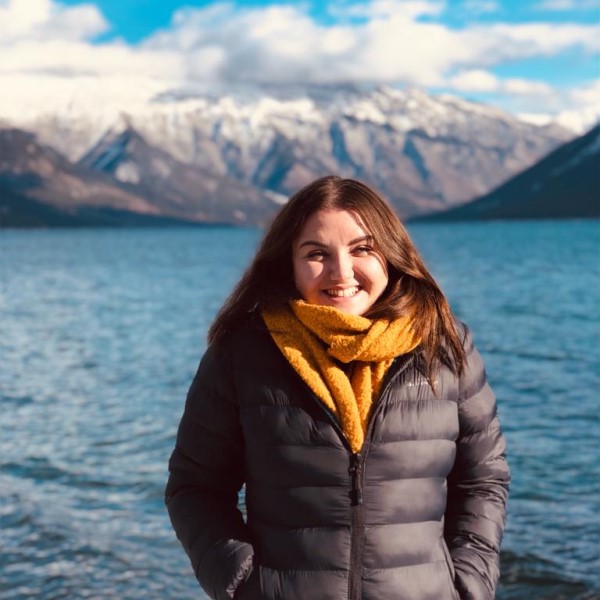 What attracted you to the BA in Human Geography at Queen Mary? What initially attracted me to studying at Queen Mary was the idea of studying subjects and concepts that were right outside my door in East London and having so many resources at my disposal studying in a city like London. I was also attracted to the variation in the modules that were on offer – some modules were not offered at any other institutions and I loved taking a risk and going for a module I didn’t have much prior knowledge with.

What aspects of your degree did you find most enjoyable and was there anything that surprised you in your studies? I most enjoyed that my lecturers were such experts in their fields, so for example being taught in year two by Professor Jon May was a highlight – every time we had a lecture, I knew I’d be hanging onto his every word for the hour!

I was surprised at how much I loved a module that was history orientated – I had not previously studied History, even at GCSE level, which is unusual for a Geography undergraduate. The Victorian London module coordinated by Professor Alastair Owens was particularly captivating; to this day I still have a keen interest in Victorian London and always have fun facts at my disposal for pub quizzes and wanders around the city! The modules I studied very much demonstrated that sometimes your interests will take you places you didn’t anticipate.

What was special about your time at Queen Mary? Can you give one or two examples of your most memorable moments? My absolute highlight was a third-year fieldwork trip to Boston, USA. There were opportunities to study different Geographical ‘mini-modules’ whilst there. My group studied Geographies of Medicine in relation to the city and even got to experience the room where the first anesthetic surgery was performed in one of the most remarkable hospitals in the world, Massachusetts General. Along with the copious amounts of breakfast items we indulged in, we also made the trip across to Cambridge to visit Harvard, which was really special. A few of us continued the trip after Boston, and took a coach down to New York, which of course was really fun.

Another highlight was a trip to the Ragged School Museum as part of my study of Victorian London – a fantastic place, I would encourage a visit to everyone.

Following your undergraduate degree at Queen Mary, you did an MA in Terrorism, Security and Society at Kings College London. How did you first become interested in these particular issues? Geography is an extremely interdisciplinary subject and therefore no stone was left unturned in my studies. I always had a keen interest in global events and wanted to be on top of them in order to be most relevant with my module study – in essays and the like.

Around the time of my second-year study, the so-called Islamic State/ISIL/Daesh were growing rapidly in support, and I was doing some work in the community in a local Islamic organisation that was dedicated to addressing local issues – knife crime, gangs and grooming. The ripples of the ‘Bethnal Green schoolgirls’ leaving to join ISIS were felt hard in the community and I knew this was just the beginning of what this terrorist group were capable of.

Although I didn’t study conflict orientated modules or Geopolitics prior to my Master’s, I had the opportunity to explore these subjects in my Independent Geographical Study (IGS) and saw my interest grow from there. As a devoted social scientist by this point, I knew I’d be great at studying something like terrorism.

Your current role draws upon your research into terrorism and extremism. Can you describe your career path up to date and what you do now? Upon finishing my Master’s in September 2017, the UK had just suffered four terror attacks in a very short space of time. It was a very strange time to be studying terrorism. Because of this, I knew I wanted to go directly into something preventative, and I understood the counter-terror strategy, Prevent, well from my studies so far. With my voluntary experience in the community that I gained from my time at Queen Mary, I was successful in landing a role in Prevent based in Community Engagement, and I’ve just marked my third anniversary in this role.

I am responsible for coordinating engagement in the community around Prevent, and organising Channel, a support programme that individuals at risk of radicalisation are referred to. With a strong history in research, I have used these skills to present reports to key stakeholders in Enfield and further afield. I am also responsible for the strategic management of hate crime in Enfield, including having overview of hate crime cases in Enfield and delivering training about hate crime to community partners. There are of course lots of similarities between hate crime and extremism, so this is a good way to build relationships in the community.

How did your time and study at Queen Mary help you decide the career path you wanted to pursue? From my engagement with the local community in East London and understanding how local people could directly play a part in helping the environment in which they lived, I knew I wanted to work in the public sector in a job where I could get satisfaction from communicating with different people with different stories to tell. My daily job involves a lot of cups of tea, and a lot of chatting about football!

Queen Mary gave me the starter skills for community engagement that I still use every day – it introduced me to different communities that are incredibly like the ones I engage with today, and it gave me the confidence to understand what a community wants, and what they need.

Were you involved in any projects at Queen Mary outside of your studies that helped with your development? Alongside my work in the local Islamic organisation, I completed some volunteering at a local community centre in Poplar, helping to tutor under-attaining young people in core GCSE subjects. I loved this experience as I had not previously worked with children.

What are your hopes and plans for your future career? I intend to stay in counterterrorism and government, perhaps trying out the other end of prevention – rehabilitation for those convicted of terror offences.

Is there any advice you would give to prospective students who are interested in studying Human Geography? Never say never – the more niche or ‘scarier’ the module choice sounds, the better!

This profile was conducted by Alumni Engagement Coordinator, Nathalie Grey. If you would like to get in touch with Megan or engage her in your work, please contact Nathalie at n.grey@qmul.ac.uk.