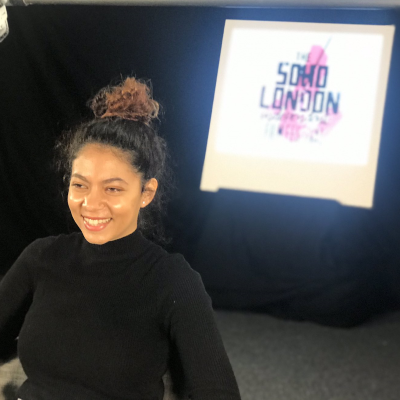 Why did you choose to study an MA in Documentary Practice at Queen Mary?

The reason I chose to study MA Documentary Practice at Queen Mary was because the course allowed me to make documentaries and I really wanted to enhance my filmmaking skills. The course had both the theory side of film and the filmmaking side that was taught through workshops.

The most enjoyable part was getting to make films and the most surprising thing was winning awards for the film I made. It was also nice to find people from all different backgrounds interested in documentaries just as I am.

I was first interested while I was studying BA Film. I studied a module on documentaries, and I was intrigued. The only thing that was missing was the filmmaking aspect of it. I then realised that I could tailor my learning towards actually making documentaries.

You recently won the Student Social Impact Award at the Soho London Independent Film Festival for your film, I Am a Kurd, which shares an insight into Kurdish identity, particularly amongst young Kurds in London. Can you tell us about the inspiration behind this film and how you chose the subject matter?

It all came about from a protest I saw in central London. It really sparked my curiosity as I saw hundreds of people walking in central London with the Kurdish flag and signs with the word ‘genocide’ on them. After some research into Rojava and understanding what they were protesting against I reached out to the youth who were involved in the movement and they were keen to help spread the word.

What are some of the most significant things you learned in the process of making this film?

What does it mean to you to have won the Social Impact Award?

It is a big deal for me, and it really does give me the courage to keep doing what I do as a documentary filmmaker. The social impact award means that I have spread awareness of the cause and that is my goal.

What are your hopes and plans for your career going forwards? Do you plan to continue exploring political topics in your films?

I would love to make more documentaries. I think some will be political, but others will be about showing different stories and sharing different voices.

I really love Michael Moore. Some of his films really challenge mainstream ideas and he strays away from the traditional style of documentary. Once I saw that this was possible, I became more interested in documentary filmmaking. There are many documentaries that have had that long-lasting effect on me including, Grey Gardens, Amy, The Act of Killing, The Thin Blue Line and The Square. I think I liked that each of them got to give you a new perspective.

Yes, so many of the academics were helpful and tried their best to help out whenever they could. I have to say Athena Mandis was one of the most encouraging academics. She just made you believe in yourself and she was the one who encouraged us to apply to festivals. I also have to say that Sasha Litvintseva was a great help as my dissertation supervisor. She encouraged us to debate about the different styles of film and was always open to us experimenting with our films.

Some of my best memories were our busy Thursdays where we would have lectures and workshops and a film screening all in the same day. I also enjoyed working in the editing suite and being able to help and get help from my friends as we were all stressed out trying to edit our films.

The advice I would give to current students is, do not overthink your ideas - it is all a learning process - the more you make films the better you will get at it. For recent graduates interested in documentary filmmaking I would say, read as much as you can about it and know that you do not need to have any experience in filmmaking to do it.

This profile was conducted by Alumni Engagement Coordinator, Nathalie Grey. If you would like to get in touch with Laila or engage her in your work, please contact Nathalie at n.grey@qmul.ac.uk.