After university, I worked in tech for three years, but my first love won out eventually. I took a 50% pay cut to take a writing role at Asian Woman magazine... since then I've started my own website, Atlas & Boots, and written for publications like The New York Times, The Guardian and The Telegraph, and published a novel with HarperCollins with the next one out in 2020. It’s certainly been an interesting journey! 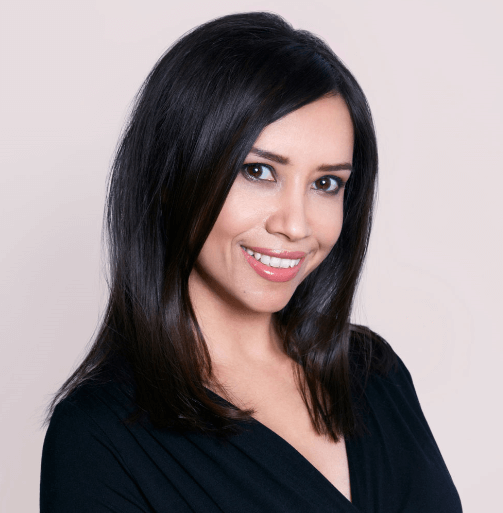 Why did you study Computer Science at Queen Mary? Honestly? I followed the money. I wanted to be a writer, but when it came to choosing a degree, I – the daughter of working-class immigrants – had to consider cold, prosaic things like job security. I couldn’t see anyone who looked like me making a living as a writer and I didn’t want a life of penury, so I followed the money!

What I’ve since learned is that there’s actually a lot of similarity between computer science and creative fields. In fact, Silicon Valley luminary Paul Graham has a theory that ‘hackers and painters’ (along with composers, writers and other creatives) have a lot in common. They all want to create great things.

Why did you choose to study at Queen Mary in particular? I think there was an element of ‘keeping up with the Joneses’ from my parents’ perspective. A neighbour of ours got into Queen Mary and my parents thought, ‘well, if their daughter has done it, ours must too!’

Separate to that, I was the first and only one of eight siblings to go to university, so I think there was also an element of my parents wanting to keep me close. I was born in Tower Hamlets and grew up half a mile from the University. I was lucky it was nearby!

Huge congratulations on being the first member of your family to graduate from university. What words/advice would you give to prospective students who will also be the first in their family to go to university? This applies to life in general and not just life at university, but my advice is that confidence can be faked. Depending on where you go, you may feel like a fish out of water or completely out of your depth, but no one really knows what they’re doing. They’re just better at pretending!

This might sound a little twee, but I once heard that ‘confidence is like a swan’. On the surface she is calm and majestic, but underneath she thrashes furiously. Whatever challenge you’re facing, stay calm, smile and try to remember that you’re meant to be there. No one can see how you feel underneath.

Can you describe your career path up to date and touch on your current role as a writer and novelist? After university, I worked in tech for three years, but my first love won out eventually. I took a 50% pay cut to take a writing role at Asian Woman magazine. (Did someone say penury?) I worked my way up, eventually landing at Penguin Random House to work on Rough Guides online. After that, I left to start my own website, Atlas & Boots, which combines writing with my other passion: travel.

Along the way, I wrote for publications like The New York Times, The Guardian and The Telegraph, and published a novel with HarperCollins with the next one out in 2020. It’s certainly been an interesting journey!

On the surface there doesn’t seem to be a link between Computer Science and being a writer and novelist. Can you disprove this? It’s true that I’m not often asked to dash off some Java, but the skills I learned during my degree have undoubtedly helped me as a writer. The ability to distil complex ideas into simple language is intrinsic in both fields. In fact, one of the best writing tips I ever got was from my degree. Professor Norman Fenton said in a lecture, ‘Never say “this facilitates the utilisation of the product” when what you mean is “this makes the product easier to use”’ which is brilliant advice and something I still tell aspiring writers.

Separate to that, building Atlas & Boots required proficiency with HTML, CSS and PHP. While these were certainly the easier elements of my degree, they have served me extremely well. Today, the site receives a quarter of a million readers every month and it pays my bills!

What’s the most useful thing you took from your degree? The most valuable thing I learned was resilience. My final year project – building a tool for debugging Java programs – was the hardest thing I’ve ever done intellectually. The project seemed gargantuan and there were times when I was sinking in code and couldn’t see a way out of it. I learned to break things down into digestible pieces, to have confidence in my own ability and to be extremely disciplined. I made it through and the bloody thing earned me a First so it was worth it in the end! Writing novels is hard, but I've built the necessary resilience.

Your new novel Take it Back is out now. Congratulations. Where did the inspiration for this novel come from and what is your writing process typically like? Thank you! Take It Back is a courtroom drama in which a 16-year-old girl called Jodie accuses four classmates of an unthinkable crime. Jodie is white and the four boys are Muslim – a fact that ignites a tinderbox of tension in the streets of East London. The novel was a way for me to explore some of the issues that worry me: trial-by-media, tribalism and mob mentality – all wrapped up in a thriller.

In terms of my writing process, I’m very methodical. I have a monster spreadsheet which has a chapter breakdown, character profiles, research notes and a timeline. I try to be at my desk from 10am to 7pm (with breaks of course) and use a tool called Freedom to block out social media.

Considering your position as founding editor of outdoor travel blog Atlas and Boots, if you could settle in any place you have featured, where would it be and why? What a question! Okay, so there are some places that I think are the most beautiful in the world – Vaiula Beach in Samoa, Baros in the Maldives, Vahine Island in French Polynesia – but I’m not sure I could live there; I would miss the British sensibility and humour too much! I think New Zealand probably comes closest in terms of a foreign land that is still quite similar to Britain. I could settle there.

Is there any advice you would give to current students or recent graduates considering their career options? This is really hard because a part of me wants to say ‘follow your heart’ as that’s what I ultimately did when I gave up tech for writing. Equally, there is no way I would be financially secure if I hadn’t spent those few years in tech.

I suppose the one thing I would say is that there’s absolutely no shame in choosing a ‘sensible’ subject that will give you financial stability, and indulging your passion on the side. That doesn’t mean you’re a failure or a sell-out. It means that you’ve made a healthy choice for yourself. There’s no romance in starving.

If your heart is set on a creative field, then start early. Build your platform – whether it’s a website, social media, podcast or newsletter – to practise your craft, showcase your work and build an audience. I always say that the best way to get past the gatekeepers is to make your own building.

What was special about your time at Queen Mary? I once read that if you’re the smartest person in the room, then you’re in the wrong room. At Queen Mary, I was surrounded by incredibly smart people, which I loved. The ITL – or Informatics Teaching Laboratory – was this squat, grey little building that housed all the CompSci students and you could go up to anyone in that building and they’d be incredibly switched on. That sort of environment makes you a better person.