During my final year on my Periodontology Programme, there was an opportunity to be featured on Channel 4 National Television as part of their “Be your Own Doctor” Show. This episode of the show was about self-assessment of oral hygiene, self improvement in brushing and periodontal treatment planning. This episode was filmed at the Ground Level Clinic of Bart’s Dental Institute! 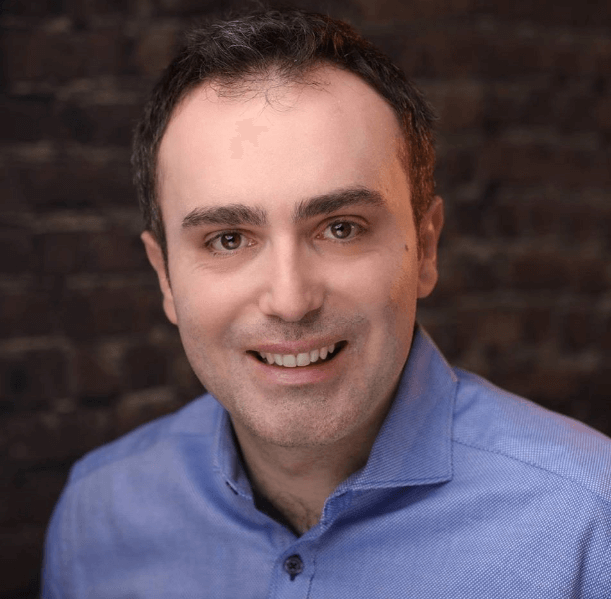 Why did you study your Masters and Diploma Degree in Advanced Periodontology? I find the academic and clinical aspects of Periodontology really interesting, particularly the systemic link between Periodontal Disease and Systemic Medical Diseases and the fact that dentists can reduce a patient’s chances of developing other systemic diseases after treating periodontal disease. For example, studies have demonstrated that periodontal treatment can reduce diabetic indices. Apart from the systemic diseases link, being able to treat periodontitis is beneficial to patients because we are able to save patients’ teeth and rehabilitate their oral function and smile. The latter being very important to people on a personal level when socialising and interacting with others.

What aspects of your degree did you find most enjoyable? Overall, I enjoyed spending time with people from around the globe. Also, during the time of my Masters, Barts and The London Dental Hospital moved its historic premises to a brand-new building. The IT Technology and Dental labs were very modern and I was pleasantly surprised by the adequacy of the faculty in terms of its numbers and knowledge. In particular, I would like to thank Dr Wendy Turner and Dr Dominiki Chatzopoulou for their ongoing support.

Why did you choose to study at Barts and the London in particular? It is important to note that the year I applied, Barts and The London was ranked 10th amongst the Top Dental Schools globally according to the QS University Ranking System. On a broader level, I loved the cosmopolitan feel of London; it is multicultural with a plethora of opportunities for personal and professional development which I wanted to make the most of. London is also a major hub for the Entertainment Industry when you consider its theatres, historic Cinema Studios and Television Productions.

Can you describe your career path up to date? This year in particular has been quite a year. Even though 2020 has been a bizarre year in regards to the ongoing COVID-19 Pandemic, it has been quite fruitful artistically. During my MClinDent studies I had a role and made it to the poster of the 2015 film “Bastille Day” or “The Take” with Idris Elba and Richard Madden. Subsequently, I made a few guest appearances in US and UK TV Series such as ''How NOT to kill your husband'' and last year I wrote and directed a short film called "LAMAZE CLASSES", which has been screened at eight Film Festivals to this date.

During January and February 2020 (coincidentally a few weeks before lockdown) I wrote and performed a theatre play called “FROM ATTIRE TO ASSAULT” at a London Theatre to positive reviews. When lockdown is over, I aspire to produce and stage my new theatre play “GROUP THERAPY” and I am currently developing the screenplay of my first feature film called ''RESURRECTION''. A few weeks ago, I was honoured to have been accepted as an Associate Academy Member (Acting Chapter) of the Irish Film and Television Academy (IFTA). I have many artistic ambitions going forward, but it is important to keep in mind that acting, writing and directing is a marathon, not a sprint.

Where do you find inspiration for your creative work? What sparked your passion for acting? These are very interesting questions. I vividly recall having participated in a number of stage plays during my school years. I also attended a part time Drama school while enrolled in my undergraduate studies. I have always had the acting bug in me. However, I started to pursue acting on a more serious note when I was in the US. I auditioned for a movie called “The Intern” with Robert DeNiro and Anne Hathaway when I was in NYC. Surprisingly, I got a call back during my last day in the US. Unfortunately, I had to abort this project due to some Visa shortcomings, but interestingly, I got another call back for the same movie on my last day before coming to London. I thought that this couldn’t be a coincidence, so I decided to pursue acting more seriously. In terms of writing, I find inspiration in the political and financial aspects of society. However, I am mostly inspired by everyday struggles faced by everyday people.

Do you juggle both Dentistry and acting now or do you solely dedicate yourself to acting? Following my graduation in 2017 I have dedicated myself more towards acting and writing. However, I always keep myself educated about recent advances in Periodontology and Dentistry as these areas will always be of interest to me. For example, this year I have taken many seminars pertinent to COVID-19 and the safety of patients in the Dental Practice.

Since 2018 I have also been undergoing ongoing training in regards to periodontal lasers, especially Biolase. I have collaborated a few times with an Anaesthetist with the purpose of providing periodontal treatment in nervous patients and last year, the poster of my thesis project was exhibited at Bart’s and The London's Dental Institute. This project was supervised by Professor Robert Allaker and Dr David Gillam.

How did your time and study at Barts and the London help your career and development? Receiving a Masters and a Diploma Degree from Barts has definitely helped me advance my career and my area of Dental expertise as I gained international exposure to Periodontal studies and as postgraduate students, we were taught by world leading clinicians. Living in London has also helped me initiate and establish an acting career at a more advanced level. It has rendered it possible to attend Film Festivals and Premieres in London and create connections. For example, during my final year on my Periodontology Programme, there was an opportunity to be featured on Channel 4 National Television as part of their “Be your Own Doctor” Show. This episode of the show was about self-assessment of oral hygiene, self improvement in brushing and periodontal treatment planning. This episode was filmed at the Ground Level Clinic of Bart’s Dental Institute!

Is there any advice you would give to current students or recent graduates considering their career options? Firstly, I would like to wish all current students and graduates the very best of luck. Students should try and get along with their fellow classmates and their faculty, as well as maintain contact with alumni groups and peers after graduating. Personally, I have maintained close contact with some of my fellow alumni, even though some of them are currently out of the country.

Students should also be thinking about their professional plans and next steps for the future throughout their studies; they should seek to establish contacts and work experience before graduation, either independently or via Queen Mary’s Careers and Enterprise team.

What was so special about your time at Barts and the London? While recounting memories during my studies, I can certainly say that I enjoyed the two separate Graduation Ceremonies in December 2016 and December 2017. The formal Graduation Ceremony conducted by Barts and The London is so well organised and rather glamorous. I also enjoyed the process of rehearsals and performing/filming my dancing performance in July 2017 at the People’s Palace Theatre which I mentioned previously. This dancing performance was a tribute to the 1983 film “Flashdance”. The People's Palace Theatre’s complex light installations proved to be very helpful in setting up and executing the performance.

Do you have a favourite spot on campus? I love the People’s Palace Theatre. I also like the Whitechapel Library next to Barts, the West Smithfield Library, the Church of St Bartholomew and lastly, the Barts Pathology Museum and its mysterious spooky vibe!

What are your future ambitions? My ideal aspiration would be to direct my upcoming feature film, “RESURRECTION”, a cultural drama which mainly revolves around two protagonists: Andrew and Adriana, who are Neurosurgery residents with a shared passion for acting. However, they both get stabbed in the back by Steven Fitzpatrick, a Hollywood Executive and medical staff. Ultimately, they overcome their obstacles and succeed.

I aspire to put this feature project to the production stage in the next couple of years and to spread pivotal messages through my films and plays, such as unity, diversity, conscientiousness, and critical thinking, for in my opinion, every film serves a societal goal. Another general goal is to overcome a number of obstacles pertinent to filmmaking, such as securing funding, writing and shooting screenplay, getting a star name attached, getting producers and a director attached, and securing international distributors and sales agents.

More specifically, I wish to secure sponsors and appropriate advertising. I am planning to submit my film to the most well-known Film Festivals and get initial exposure through these. Finally, I aspire to secure funding for a screenplay of a short film I am currently developing about Pedrito, a non-binary young student who is struggling with a physical deformity after a devastating accident. Their family is unsure about how to support them but at the end Pedrito pursues their dream and succeed. Overall, it is safe to say that I am very ambitious! Watch this space…

This profile was conducted by Alumni Engagement Officer, Nicole Brownfield. If you would like to get in touch with John or engage him in your work, please contact Nicole at n.brownfield@qmul.ac.uk.