Filmmaking was completely new to me, but the Documentary Practice module was a revelation, and I was not prepared for how much I loved it. We were taught both the theory of documentary as well as weekly workshops teaching us the vocation itself; learning to use the equipment was something I took to a lot more than I expected! 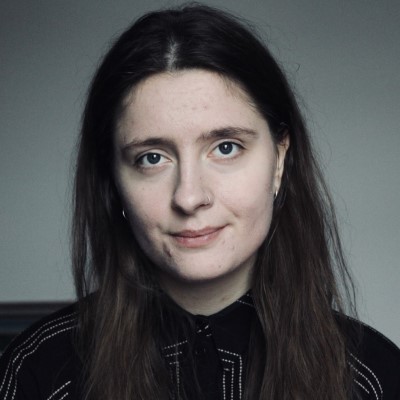 What influenced your decision to study an MA in Film Studies at Queen Mary?

I really liked the look of the course and the breadth of the subject it covered. I was also particularly drawn to it because of the opportunity to jump into the production side of film. I wanted to do my Masters in London because of its historic relationship with the film industry.

Most of my prior academic work had been essay-based analysis, so actual filmmaking was completely new to me, but the Documentary Practice module was a revelation, and I was not prepared for how much I loved it. We were taught both the theory of documentary as well as weekly workshops teaching us the vocation itself; learning to use the equipment was something I took to a lot more than I expected! I also really enjoyed the collectiveness of watching the films we would be discussing together at timetabled screenings; I miss chatting with my course mates about it all and sharing ideas.

You recently won Best Student Film at the Soho London Independent Film Festival for your film, My Side of the Mountain, which shares an insight into your parents’ lives living with a Peregrine Falcon. Can you tell us about the inspiration behind this film and how you chose the subject matter?

The film was made as part of my Documentary Practice module assessment, so it was the first proper film I had ever made! I have to say that the inspiration behind the film mainly came from my brother nagging me to do it. I was actually quite nervous about it at first because it felt deeply personal, and I wanted to portray something warts-and-all. Families are complicated and having grown up around falconry, I always felt conflicted about it. My family never had a lot of money and at times we really struggled, yet the falconry always continued regardless, which was not only an expenditure in money but also time. As I got older, I found this increasingly difficult to reconcile especially when I thought back to the worst times. In the end though, I realised that the introspection would make for an interesting film and it ended up being an important way of getting my head around my strange upbringing.

My tutor, Athena, was also very enthusiastic and encouraging about it which was the motivation I needed to just go for it. Obviously having Peregrine Falcons in your kitchen is not normal, but it is normal to me; the birds are magnificent creatures to film, and they are interesting in and of themselves, but the film became more about my parents and how they navigate the mundanity of life around an unusual hobby.

It was genuinely such a turning point for me in terms of believing I might be able to forge a career in film production! It is so easy to be extremely critical of your own work and I am guilty of self-doubt, but winning the award really helped to instill confidence in myself about my abilities. I am really grateful to the team at SOHOLIFF for being so welcoming and giving me the platform to share my film. To have won an award is such an honour.

I have always been the kind of person who will look for something ‘gentle’ to watch before bed and end up watching a documentary about something harrowing. It really came from being a consumer of so many documentaries. I am naturally inclined to pick apart things I watch so I became intrigued by how different genres of documentary presented information. I am also very interested in politics and cultural history and documentaries have been such a great tool to educate myself. True crime is another genre in which the presentation of the information can easily bias an audience and that made me want to sink my teeth into the theory! I had never considered making them myself until I got stuck in with the basics and then became intrigued by observational-style documentary filmmaking.

Is there a documentary filmmaker that you look up to most? What is the most striking documentary you have seen?

Michael Moore’s work really grips me as he approaches serious matters with an air of humour to draw you in but counterpoints it by presenting images on screen that represent the disturbing reality of the situation. Werner Herzog was also a big inspiration for my film as his work tells stories so well. One documentary that has stuck with me was not made by either Moore or Herzog but was called A Woman Captured, and it followed a woman who was trapped in modern slavery in Hungary. The film follows her as she ends up escaping the family who have enslaved her, the filmmaker in part giving her the courage to do so. I caught it on TV late at night a few years ago and was glued, willing her to succeed. It really was a wonderful film and made me realise that filmmakers can be such a lifeline for those without a voice.

Yes, definitely! My confidence as a filmmaker would not have been as nurtured if it were not for Athena Mandis; she really encouraged me when I was struggling personally and her feedback throughout the making of My Side of the Mountain was crucial to what the final product turned out to be. She also drew our attention to opportunities around London to see films/network as well as getting people she knows in the industry to come and speak to us; she really went above and beyond! Also, despite it being a difficult year for all of us because of COVID, the faculty staff did everything they could to facilitate our studies through an uncertain time.

Our head of course Dr Sasha Litvintseva found time to reach out to us all individually despite the enormous logistical task the department must have faced to move everything online, which I know meant a lot to myself and others as we felt heard. Louis Jackson, the department tech supervisor, also worked quickly to mitigate the sudden loss of access to equipment and facilities on campus. Finally, Professor Janet Harbord was my dissertation supervisor and we did the whole thing via Zoom! She was so communicative and I always looked forward to our virtual supervisions as well as her feedback. Janet really helped me find clarity and organise my thoughts when it came to a topic I was passionate about.

There are many but one of them is Thursdays from first term. We would have a packed day together as a cohort, having a seminar with Athena in the morning, a filmmaking workshop with Louis and then a screening of a documentary. It was busy but spending that one day a week together made us all really good friends!

I am hoping to eventually get into film or TV production or work within the industry in some capacity. I am looking for work now but with COVID it has been hard, so anything creative is the aim for now! I have been continuing to practice filmmaking as much as possible as well as submitting My Side of the Mountain to as many other film festivals as I can to get noticed.

I would say the best advice I could possibly give is to just go for it. I was a complete novice when I started but within a fairly short space of time, I was taught the basics of filmmaking, editing and even colour grading! My masters course really gave me the kind of access and guidance I needed to get started, so I would recommend looking at postgraduate options if you are a graduate. Even if you make a documentary using your phone, the content is the essence, and it does not have to look high budget. Once you have made something, I would also recommend getting it out there by submitting to film festivals; there are so many great festivals out there that are always looking for new filmmaking talent!

This profile was conducted by Alumni Engagement Coordinator, Nathalie Grey. If you would like to get in touch with Eleanor or engage her in your work, please contact Nathalie at n.grey@qmul.ac.uk.