There is absolutely no justification to discriminate, verbally abuse or physically assault anyone due to their race, ethnic origin, or on any ground. Chinese and East Asians are as likely to be infected by Covid-19 as anyone else in the world. Racism spreads like a virus... Virus does not respect any border, religion, gender, sexual orientation or ethnicity. I call on all communities to unite to spread our compassion and empathy rather than hate and division to defeat Covid-19. 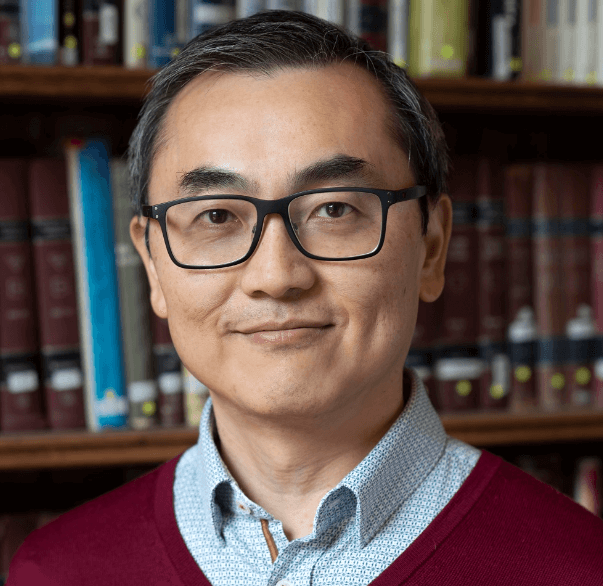 Why did you choose to study Statistics at Queen Mary? I did not set out to study Statistics particularly. It feels more like Statistics chose me. I got my place at Queen Mary College through clearing. I had a place to read Business Studies at the former North East London Polytechnic but during the first week, my parents in Hong Kong received a call alerting them to an available place to study SCORM (a combined course on statistics, computing, operational research and mathematics) at Queen Mary. I was indifferent to which course I pursued because 18 year old “me” was much more interested in theatre. Coming from an Asian family, I was not encouraged to pursue a career in the arts.

What aspects of your degree did you find most enjoyable? What modules did you like learning about and were there any lecturers that stood out to you in particular? Design of Experiments and Computational Statistics were the two modules that excited me most. My interest in and passion for statistics were inspired by the great lecturers who taught these modules. I don’t think I would have pursued a career in statistics, if I had never been taught by Professors Rosemary Bailey and David Balding respectively. I am indebted to them both.

Why did you choose to study at Queen Mary in particular? I did not choose Queen Mary but Queen Mary and I found each other. And I am very glad that we did.

Can you describe your career path up to date and touch on your current role as Senior Statistical Analyst at the London School of Hygiene and Tropical Medicine? I have not followed a straightforward career path. However, my knowledge and experience in statistics have contributed to nearly every one of the professional roles I have had since leaving university. What I have been able to do in my various statistical roles over the years is to employ statistical techniques to provide the evidence base that underpins decision making in academic, governmental and commercial settings. In my opinion, training in statistics provides a solid base for one to engage in any sector that requires evidence-based decision making. In my current role as Senior Statistical Analyst for the Global Burden of Disease (GBD) Independent Advisory Committee, I am part of the Secretariat and advise its Chair along with the Committee to provide strategic oversight to the GBD enterprise. The GBD is funded by the Bill & Melinda Gates Foundation and is a global research collaboration to quantify the impacts and trends of ill-health for everyone everywhere in the world.

You have worked in both Hong Kong and the UK, what are some of the similarities and differences working in these two places from a career perspective? The role and use of statistics are much the same in HK and the UK. However, there are more diverse opportunities in the UK for graduates in statistics. This is due principally to the demand for highly skilled quantitative scientists for research and development in various industries in this country. For example, there has always been strong demand for biostatisticians in the vibrant pharmaceutical industry and more recently data scientists in social media and other data driven industries.

In your recent research article you draw attention to the plights of those suffering at the hands of Covid-driven xenophobia. What are the main takeaway points you want your readers to be conscious of? Ever since cases of the novel coronavirus were first reported in China in late 2019, East Asian diasporas have experienced racially motivated hostility in many cities and countries. There is absolutely no justification to discriminate, verbally abuse or physically assault anyone due to their race, ethnic origin, or on any ground. Chinese and East Asians are as likely to be infected by Covid-19 as anyone else in the world. Racism spreads like a virus. Some prominent political figures and parties of extreme political persuasion have shamefully exploited the current crisis to distract us from their own failings in epidemic preparedness and to spread hate and division. We have to remember virus does not discriminate. Virus does not respect any border, religion, gender, sexual orientation or ethnicity. I call on all communities to unite to spread our compassion and empathy rather than hate and division to defeat Covid-19.

The line from your article ‘We should be fighting the virus, not each other’ could not be more relevant given the racism currently dominating the news. In your opinion, what are some of the benefits and advantages of embracing cultural diversity? Today’s world is dominated by social media and increasingly extreme views. Therefore, it is paramount to embrace and defend cultural diversity to safeguard against socio-political and economic decisions that only work for a narrow section of society. We must guard against the phenomenon of the “echo chamber” where a single voice or view dominates a discourse that matters to all of us. Not only does diversity enrich our life experience, it offers us the best chance to make all lives matter.

How did your time and study at Queen Mary help your career and development? My time at Queen Mary deepened my understanding of the British culture and taught me how to survive as well as thrive in a foreign country. My study at Queen Mary in statistics provided me with a solid foundation in the subject matter upon which I built during my MSc in Biometry at Reading University and subsequent life-long learning and practices throughout my career.

Is there any advice you would give to current students or recent graduates considering their career options? Don’t over plan your career. In my opinion, following your passions gives you the best chance of finding a fulfilling career and happiness in life.

What was so special about your time at Queen Mary? Can you give one or two examples of your most memorable moments? I attended the inaugural lecture of Prof Peter Donnelly during my first year at Queen Mary. I witnessed the inauguration of the then youngest professor in the UK (as far as I know) at a time when I had no idea of the significance of an inaugural lecture to an academic. During the summer of 1989, I travelled to the other side of the ‘Iron Curtain’ and had a glimpse into the lives of people in the former East Bloc shortly before the collapse of the Soviet Union. I also worked as an usher at the Half Moon Theatre by Stepney Green station through which I met some good friends and enjoyed many free drinks and shows over many evenings.

Complete the sentence: If I wasn’t a Senior Statistical Analyst then I would be a stage actor or a carpenter.