The highlight of my career was being able to straddle all the legs of the 3-legged academic stool - teaching, clinical care and research. I have truly loved my career, a love that was only a little less than my love of spouse and children. 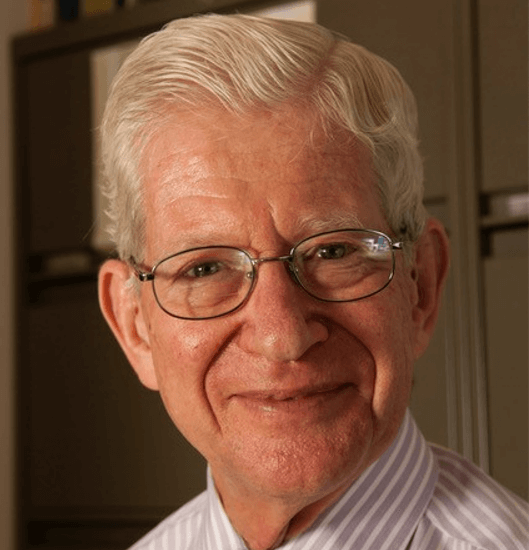 You completed your MBBS in 1954. Why did you decide to study Medicine?

My final decision to try to go to medical school came after my scoutmaster, who was studying physiology at dental school, taught us physiology instead of first aid for the Scout First Aid test. What he taught was that to know about the body, one needed to understand how it worked. Disease was a failure to function normally. This sort of thinking “turned me on” to medicine. At the time of applying to medical school I didn’t have a particular specialism in mind. I just knew that medicine felt interesting and it certainly didn't disappoint!

What did you enjoy most about studying Medicine at Barts and The London? Do any modules or special memories of your university days stand out?

The camaraderie in a small class of only 60 students. There was a good interaction though the class was separated into the ex-servicemen from the Second World war who were helped to get to university and the more naïve younger group. The most memorable course was Pathology with Dame Dorothy Russell. Pathology was taught at the autopsy table. Every afternoon at 3PM one could go to the Bernard Baron building to see Russell or one of her senior registrars present 2 of the most interesting cases of the day. The house officer had better be there to answer the pathologist’s questions. I learned at least as much medicine there as on the wards.

What was it like to study during the 50s? Were you involved with any societies in the Students’ Union?

We had the largest class ever at that time - 60 students with most ex-servicemen from the war as mentioned above. However, we did have perhaps ten women students in our cohort too. I headed the Chess club, played soccer, and helped write the annual student show. A friend and I wrote a musical skit of student and senior staff and patient interactions which was presented once in our last year at medical school. It sometimes was quite racous during my overall time and studies at Barts and The London...

The Army made me a pathologist in several hospitals where I learned how to organise a service and how to make a punch from 100 percent alcohol.

Please describe your career path since you graduated in 1954.

I completed a year as a house physician and house surgeon at The London which was a fantastic if wearing experience. We were on 24 hours a day for 6 months with a very occasional weekend day off, but we had to admit all our patients when we returned on Sunday evening. We were on the wards usually with up to 40 patients to look after but no outpatient work. One learned the usual and unusual course of diseases with this experience. Then this was followed by two years of required armed service - the Army made me a pathologist in several hospitals where I learned how to organise a service and how to make a punch from 100 percent alcohol.

Medical practice in 1957 was essentially the same as in 1939 so I decided to see what life was like on the other side of the Atlantic and got a 2-year Residency in Medicine at a Columbia University affiliate hospital. These days the BTA (been to America) degree has become much more common than in 1957 but I would advocate such an experience for almost everyone since there is no better way of opening one’s eyes than a totally different experience. I had been interested in gastroenterology since my student years and managed to get a wonderful two-and-a-half-year fellowship in GI at the Massachusetts General Hospital. The experience that I had and the one comment I always made to fellowship candidates was that the fellowship is there for you to play and try new things. It does not matter if you present the work at the national meeting or that the project fails, the fellowship time is very precious and should last you a lifetime.

Immediately after my fellowship, I became chief of gastroenterology at St Luke’s Hospital, which later included Roosevelt hospital, and a full time Professor of Medicine at Columbia University, pursuing a career in academic medicine. While there, I managed to have a career striding the 3-legged stool of clinical medicine, training 106 GI fellows and conducting both clinical and bench research, an almost impossible task now. After stepping down as chief in 2000, I decided to only do translational (clinical) research and had another career on the faculty of The Rockefeller University for over 17 years.

What have been some of your career highlights? Have you had any moments where you realised that you were doing a job that you really loved?

The highlight was being able to have a career that included all the legs of the 3-legged academic stool - teaching, clinical care and research. I have truly loved my career, a love that was only a little less than my love of spouse and children.

Medicine encompasses more opportunities than most other careers. Explore, try, and fail or succeed, you will look back on the times that you tried with great satisfaction.

How has your degree helped you throughout your career and in life?

I recognize that I got the very best clinical training, much better than I have seen in the US, which has meant that I have had the opportunity to work abroad and to pursue many different avenues with my career.

What advice would you give to a prospective student considering studying Medicine at Barts and The London?

What you put into your training pays off multiple times. Medicine encompasses more opportunities than most other careers. Explore, try, and fail or succeed, you will look back on the times that you tried with great satisfaction. I have been asked to describe failures in my life and the most difficult one has been learning how to balance my personal life with my professional life. Medicine is a seductive mistress, and you need to be constantly balancing your time. I failed in this initially and needed to learn a painful lesson. Don't let your studies or career take over your whole life, as tempting as it may be.

Learn to adapt and look for new areas of innovation. When 9 months of work did not result in the publication and grant support that I expected, I looked for an area of research that was lacking in gastroenterology, the effect of aging on the intestine which resulted in novel data, grant support for the research and training and further work later related to our initial observations. In research, you never know where your work may take you so remain open-minded.

On a more personal note, how do you like to fill your time now that you are retired?

I have assembled and digitalised a selection of my many photos; I am writing a much too extensive story of my life and I am writing a book on the main discoveries and discoverers of celiac disease and how these exemplify how discoveries are made in other diseases. I also listen to music and opera and get angry at politicians!

This profile was conducted by Alumni Engagement Officer, Nicole Brownfield. If you would like to get in touch with Peter or engage him in your work, please contact Nicole at n.brownfield@qmul.ac.uk.