My wife and I were looking for a Masters opportunity to pursue together and we both felt that Queen Mary was the right place to continue onto postgraduate study... we had to adapt to studying in an alien place which was memorable in all aspects. 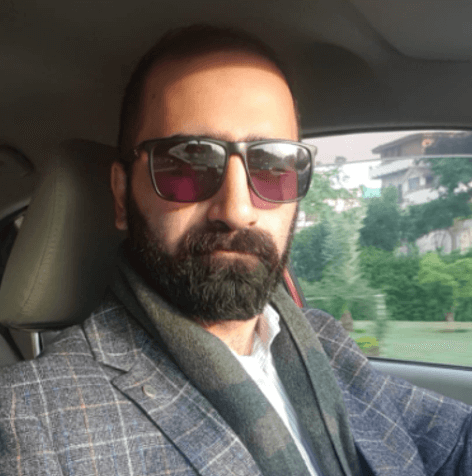 What course did you study at Queen Mary and what inspired you to study this course at Queen Mary in particular? I studied my Masters in Wireless Networks and graduated in 2009. Some of my seniors were studying at Queen Mary and I had heard a lot of great things about the University through them which influenced my decision. My wife and I were also looking for a Masters opportunity to pursue together and we both felt that Queen Mary was the right place to continue onto postgraduate study. This course in particular seemed like a natural pathway considering my undergraduate study and the fact that Queen Mary is part of the bigger University of London family also appealed to me.

What were your favourite modules on your course and why? Did you encounter any topics that you had never come across before? Internet Infrastructure and Wireless Networks were my favourite modules. Both offered new avenues of study that I had never come across before and I was lucky enough to be taught by some lecturers who were actively involved in the Telecom Industry for companies such as British Telecom.

I understand that you were an international student whilst studying at Queen Mary, where is home for you? I belong to Pakistan.

What advice would you give to international students studying in another country? I always tell my students to look out for as many opportunities as possible to study abroad. There is so much to learn seeing as new people bring new cultural values and different perspectives on life. I would really encourage students to take advantage of everything that is offered to them when living and studying in another country.

Can you describe the career path you have led since you graduated in 2009? I started as a Lecturer in 2010 in one of the best universities in Pakistan – NUST – before moving to China to study my PhD in 2011. Now I am an Assistant Professor back at the same university where I started my career – NUST.

Is there any advice you would give to current students or recent graduates considering their career options? Always mingle - don’t shy away from networking – it is a great way to meet new people and find out about career paths you might not have been aware of previously. And always be sure to voice your ideas in whatever role or workplace you end up in.

Were you involved in any extracurricular activities or societies whilst you were at Queen Mary? Unfortunately, no. But I should have been. I would encourage prospective and current students reading this to immerse themselves in university life outside of their courses and academia.

What was so special about your time at Queen Mary? Can you give some examples of your most memorable moments?

Do you have a favourite spot on campus? The pizza shop right near the main campus gate and near Whitechapel tube station. We used to hang out there after class – at least 15 students at one time. We made such wonderful memories there.

How did you find the experience of studying with your wife? We were classmates throughout our undergraduate studies as well so it was not something new to us. However, during our Masters we did have to adapt to studying in an alien place which was memorable in all aspects.

How did you find the experience of studying in China having studied in London and Pakistan? Every place has its own pros and cons and learning new things at different places and having to adapt to different cultures builds you as a person. I had to adapt to living and studying in China the same as when I came to London to study. I am a huge fan of trying new cuisines and each new place I have studied in has revealed new cuisines to me which has certainly helped me adapt along the way.

How have you found the transition from studying and being a student yourself, to becoming a professor and teacher? I knew during my undergraduate degree that I would end up in academia somehow. So the transition has been very smooth for me. I love being what I am now and all my alma mater have their roles in that. I am and will remain indebted to each institution I have attended throughout the years.