I wish there was more emphasis on the importance of people from the Caribbean during the World Wars, as well as their experience in the UK following their migration during the Windrush era. While it’s important for students to learn about the Civil Rights Movement in the U.S., it’s also essential for them to be aware of the Civil Rights Movement here in the UK and events such as the Bristol Bus Boycott in 1963. 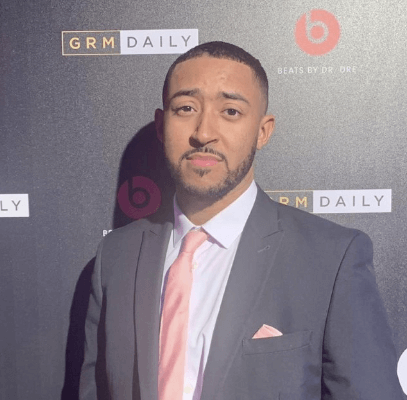 What aspects of your degree did you find most enjoyable? What modules particularly stood out for you and was there anything that surprised you in your studies? I really enjoy learning about the past so learning about the History of the English language was something that interested me a lot. I also have a strong interest in media so the module on multimodality was interesting as it enabled me to see how language can be used with other modes to convey meaning.

You studied modules such as Semantics of African American English and The Modern Caribbean: Migration, Radicalism and Revolt. Was it important for you to see Black representation in the curriculum? 100%. Black culture has contributed massively to the world so it’s important that Black history is taught and not just at university level, but also in primary and secondary education. Because of my Jamaican and Bajan heritage, I was completely engaged when studying the history of the Modern Caribbean and given the global influence of African American English - especially in London where I have lived my whole life - it was interesting to study the dialect in-depth.

Can you describe your career path to date and touch on your current role as Senior Editor at GRM Daily? How did you come to work for GRM Daily? From writing on my own blog and doing a week of work experience at NME to working at the SU Hub and being a freelance contributor at GRM Daily, I was always keen to secure work experience while studying at Queen Mary. Shortly after graduating from university, I was lucky enough to be promoted to Weekend Editor at GRM, before being promoted to a full-time position as Senior Editor half a year later where I’m currently responsible for writing and editing unique content, sourcing brand relevant content, managing the editorial team and assisting with content strategy.

Grime was developed in the heart of East London and has been propelled from the underground into the mainstream. What do you think is responsible for this shift and how does it correlate with a greater acceptance of Black culture, influences and diversity more generally in society? There have been many factors which have contributed to this but I think the digital world has played a big role in the rise of Black music in the UK. Prior to the popularity of the online sphere, there were gatekeepers who were less accepting of Black music and culture but thanks to things like social media and blogs, Black artists have been able to connect directly with consumers and have had great success in doing so - so much so that the gatekeepers have no choice but to accept Black music. Grime, for example, was trapped in the corners of inner-city regions for many years but because of the international reach of the internet, the genre has been able to extend its touch to several countries across the world.

If you look at the top artists associated with Grime today, such as Stormzy, Wiley, Bugzy Malone and Skepta, they are all Black males. What is it about Grime as a genre that allows Black artists to express themselves in a way that another musical genre might not allow? Black artists aren’t just limited to grime. If you look through the history of music to the current day with genres such as the blues, jazz, rock ’n’ roll, hip-hop, reggae and soul, Black artists have always established genres and used different styles of music to express themselves and grime is just an extension of creativity from Black artists.

Grime artists have often used the scene as a platform to raise awareness of the racial inequalities and injustices that still exist in our society today. Why do you think Grime is so powerful as a political and protest tool? In its essence, grime is raw and unapologetic so when artists are using the genre to protest, they are able to do so without compromising their sound or their content. It’s hard-hitting nature also allows artists to make bold statements with words which captivate listeners.

Throughout your time at GRM DAILY, have you noticed more diversity within the genre and/or do you think there is a need for more diversity in grime? Grime is definitely a male-dominated genre but it’s also a genre which is welcoming to women. If you look at the popular drama series Dubplate Drama which was created during the early grime days, the protagonist was played by Shystie – an artist regarded as the first lady of grime. The show allowed Shystie to showcase the grime world, while simultaneously displaying the scene from a woman’s perspective. But the scene in 2020 could still definitely be more diverse.

What does Black History Month mean to you? Are there any Black historical figures you wish more people knew about? A celebration of Black history and the achievements of Black figures - from the past and present - is essential but I also believe it shouldn’t be limited to one month of the year. As I mentioned earlier, Black culture has contributed massively to the world and it’s important that our history is taught throughout the education system; from schools to higher education. I wish there was more emphasis on the importance of people from the Caribbean during the World Wars, as well as their experience in the UK following their migration during the Windrush era. While it’s important for students to learn about the Civil Rights Movement in the U.S., it’s also essential for them to be aware of the Civil Rights Movement here in the UK and events such as the Bristol Bus Boycott in 1963.

In your opinion, what are some of the most pressing issues faced by Black communities and what do you think needs to be done to break the cycle of oppression and discrimination faced by Black people? I think Britain actually needs to acknowledge the racism and discrimination experienced by Black people before anything. To begin to see change, we need Black people in positions of power across the board. In politics, the entertainment industry, education, sports, the justice system - all aspects of society.

Is there any advice you would give to current students or recent graduates considering their career options? It’s definitely hard to balance studying and working - and even harder to secure a job - but I would encourage students to try to secure any sort of work experience while at university. The job market is really competitive right now so a university degree and experience will definitely impress potential employers.

What was so special about your time at Queen Mary? Can you give one or two examples of your most memorable moments? Graduating with a first-class honours is definitely the most memorable moment for me, especially after directly transferring to Queen Mary from another university at the start of my second year. I was initially hesitant on transferring for several reasons but the main reason was because I thought it would affect my grades so when I found out I was graduating with a first-class degree, it was an unreal feeling.

Who are you listening to right now? Any recommendations for ones to watch on the scene? I’m listening to a lot of music at the moment! Right now I’ve got Headie One’s album on rotation but in terms of artists to keep an eye on, Psychs, Teezandos, Adz, Br3nya and that’s just to name a few!

This profile was conducted by Alumni Engagement Officer, Nicole Brownfield. If you would like to get in touch with Courtney or engage him in your work, please contact Nicole at n.brownfield@qmul.ac.uk.