Characters are what matters the most when you’re writing a book. If you don’t understand your characters deeply, feel and care for them, then no one else will. 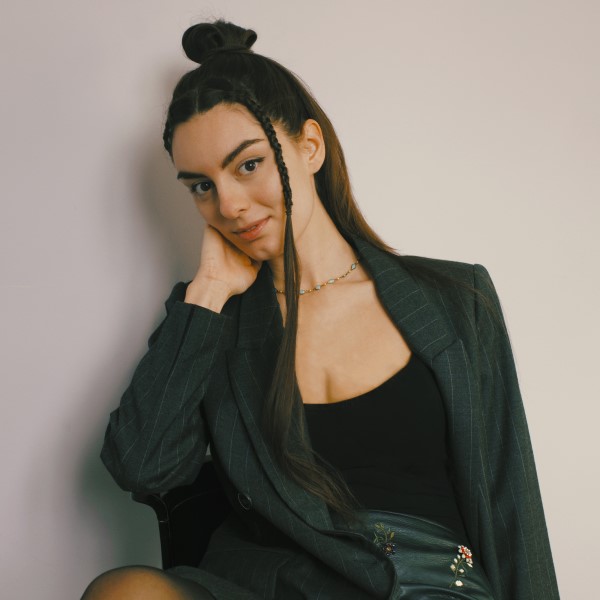 Why did you choose to study English and Film Studies at Queen Mary?

English and Film at Queen Mary was a combination of two of my favourite things – reading and cinema. When I applied to Queen Mary, I was attending an Italian liceo — a specific kind of high school that focuses on classical languages, philosophy and literatures. Studying in Italy taught me a lot in terms of dealing with heavy workloads, but I was looking for a more interactive approach to studying literature. Queen Mary gave me that. Thanks to a method of teaching that alternating lectures and seminars, I learnt to dive deep into the coursework, while also forming my own opinions and speaking and writing about them.

What did you enjoy most about the course?

My favourite thing about the course was the freedom I had – especially in second and third year – to choose modules based on my interests. I attended lectures and seminars on philosophy and literature, as well as the Ancient Myth. The things I learnt in those modules still influence what I write today.

The course also covered many female authors – something I had never studied before when I was in Italy, believe it or not – and I am really grateful for that. I am really passionate about reading and promoting books written by women, especially among young people. I have recently created an Instagram page (@youngpeopleread) where I post reading recommendations, sharing many books written by female authors, as well as interviewing acclaimed debut writers.

Were you involved in any extracurricular activities during your time at Queen Mary that allowed you to explore your interests further?

I was a contributor for CUB, the arts and culture magazine, and I took some extracurricular Spanish Courses.

What were some of the best things about studying in London?

Living within a community – especially during my first year on campus – was a wonderful experience. The university also makes use of the cultural riches of the city. During my first year, for instance, we went to see Julius Caesar at the Shakespeare’s Globe, an experience I will always cherish.

Following your studies at Queen Mary, you went on to study an MA in Creative Writing at the University of Warwick. How did this experience allow you to hone your creative writing skills?

The MA in Writing at Warwick was a very special course. I attended a series of seminars with my fellow writers and we learnt to critique and support each other’s work. We also worked on the publication of an anthology with the writing of twenty students from the course and, at the end of the year, we launched the book at Waterstones Piccadilly – the beginning of my novel was published in the anthology.

You recently published your first book, The President Show. Can you tell us about the book and your inspirations behind it?

I wanted to explore the mentality of winning at all costs that is popular on television, as well as to show the perspective of women who are exploited by powerful men, and their fight to speak up.

The President Show is a feminist dystopia set in a totalitarian regime that uses propaganda to hold sway over the people. The novel 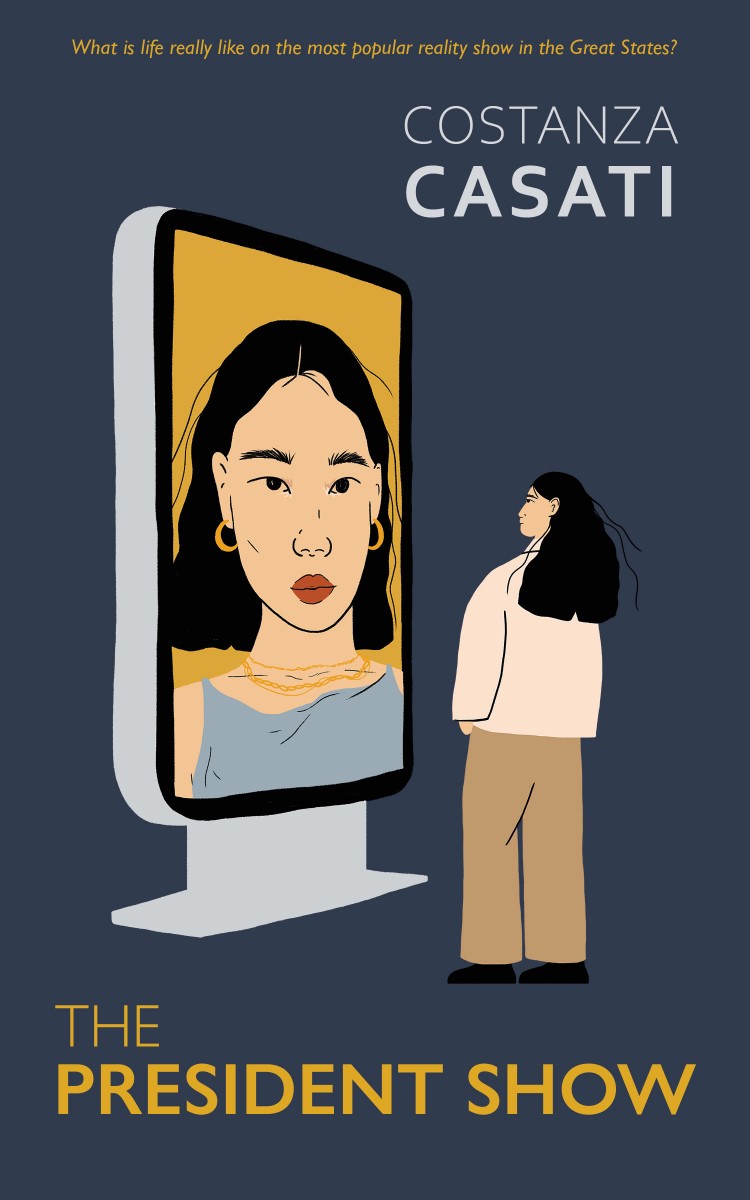 follows a young woman as she is forced to join the globally successful reality show ‘The President,’ where women referred to as ‘Lovers’ have to entertain powerful politicians. It is a story of abuse, resilience, betrayal and hope, one that asks questions about the dangers of reality TV and how far people are willing to go to protect themselves and the people they love.

I was inspired by current world events — such as recent political sex scandals and the rise of populist parties in Europe— and also by the message that most reality TV shows send about morality. I wanted to explore the mentality of winning at all costs that is popular on television, as well as to show the perspective of women who are exploited by powerful men, and their fight to speak up.

What are some of the most significant things you’ve learned during the process of writing your first novel?

Characters are what matters the most when you’re writing a book. If you don’t understand your characters deeply, feel and care for them, then no one else will.

Apart from working as an author, you are also a screenwriter and a journalist. Can you tell us about your work and your career so far?

I have written for the Canadian magazine HOLR – also covering the 75th and 76th Venice Film Festivals for them – and my short stories have appeared in the collective Nothing in the Rulebook as well as being broadcast on RAW 1251AM Warwick Radio. The documentary on the 16th century painter, Tintoretto, that I co-wrote with Italian director, Erminio Perocco, was broadcast by ARTE, the European culture TV channel, and Rai, the national public broadcasting company of Italy.

What do you hope to work on next?

My second book is an historical novel set in Greece in the age of heroes – a feminist retelling of Clytemnestra, the queen who murdered her husband Agamemnon after he came back from the war of Troy.

Is there any advice you would give to current students or recent graduates interested in creative writing?

Sign up for creative writing courses, get in touch with fellow writers and don’t be afraid to share your work!

This profile was conducted by Alumni Engagement Coordinator, Nathalie Grey. If you would like to get in touch with Costanza or engage her in your work, please contact Nathalie at n.grey@qmul.ac.uk.