My career path began quite logically but has taken a few plot twists in recent years!... After over twenty-seven years in teaching, the time came to take a career break, so I fulfilled a lifelong ambition and became a full-time martial arts instructor. 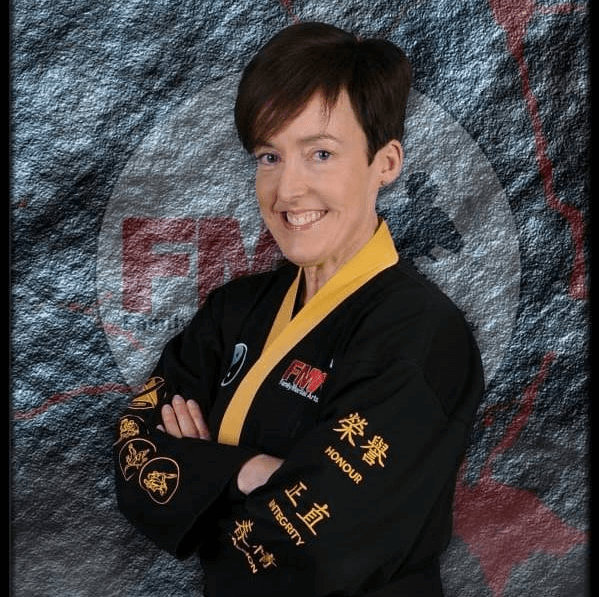 Why did you study European Studies (Spanish) at Queen Mary? What sparked your interest in this specific degree? I chose my degree course for a number of reasons. Spanish was my favourite subject at school, and I loved French too, but I also wanted to enjoy the flexibility to opt for a diverse range of modules according to my interests. This was my main reason for choosing the European Studies (Spanish) option rather than a joint honours degree in Spanish and French.

What aspects of your degree did you find most enjoyable? What modules did you like learning about and was there anything that surprised you in your studies? What I enjoyed most of all was mixing with so many different peer groups according to the modules I had chosen. For example, I benefited from studying alongside French single honours students, as well as aeronautical engineers who were in my Latin class – apart from my own particular ‘home team’ in the Hispanic studies cohort. I loved learning about Golden Age Spanish Literature, which I had only touched on at A Level. The most surprising aspect of my studies was gaining my highest mark of all in my Latin module, which was the one subject I had never studied before.

Why did you choose to study at Queen Mary in particular? I remember visiting other universities before choosing Queen Mary as my first choice. My most vivid memory was stepping out of the tube station at Mile End on my way to my interview, and immediately feeling like this was the place I wanted to be. There was such an exciting vibe. During my interview, the tutors were really friendly and approachable, and I left there determined to get the grades I needed. I just loved the place on sight!

Can you describe your career path up to date and touch on your current role as a Teaching Assistant? My career path began quite logically but has taken a few plot twists in recent years! I trained as a teacher of Modern Foreign Languages, and was appointed at the school where I had completed my teaching practice in London. I stayed there for five happy years before relocating back home to Liverpool for family reasons. Over the years I have been a Head of Year, Head of Department, Gifted and Talented Co-Ordinator and International Baccalaureate Co-Ordinator, amongst other roles. After over twenty-seven years in teaching, the time came to take a career break, so I fulfilled a lifelong ambition and became a full-time martial arts instructor. This was my role for three years, until the impact of the Covid-19 pandemic caused me to have a rethink. I have recently returned to the field of education, this time as a Teaching Assistant working to support children with special educational needs in a mainstream school. I am really looking forward to this exciting new challenge!

How did you find your passion for martial arts? Were you involved in any sports or extracurricular activities during your time at Queen Mary? I began training in traditional karate at the age of fifteen and continued to train at Bow Uechi-Ryu karate club during my time at Queen Mary. I achieved my 3rd Dan Black Belt before embarking on a new challenge in later life at Family Martial Arts, where I have since achieved my 1st Dan Black Belt in martial arts concepts. I really love the physical training as well as the leadership and life skills it has taught me, including the importance of resilience, respect and perseverance. Martial arts has been a very important part of my life.

How did your time and study at Queen Mary help your career and development? Studying at Queen Mary helped me to broaden my horizons. Having attended a small local high school with its own sixth form, I didn’t really have much experience of the world until I left home to study in London. My wonderful Spanish tutor, the late Lynn Ingamells, encouraged and inspired me to pursue a career in teaching. Thanks to the support I received from Lynn and the rest of my tutors, I had the confidence to progress to a PGCE course in Modern Languages at Kings College London after completing my degree at Queen Mary.

Is there any advice you would give to current students or recent graduates considering their career options? Think of life as a series of choices – even if you make a choice which turns out to be wrong, you can always make another one! I have tried out quite a few different roles during my career so far, and I have learnt something from each one. If 2020 has taught us anything, it’s that we should stay as close as possible to what makes us happy. Be brave and try new things!

What was so special about your time at Queen Mary? The most special thing about my time at Queen Mary was the friends I made. We were a relatively small cohort in the Hispanic Studies department, and even now (30 years since we graduated) many of us are still in touch. We also stayed in regular contact with our tutor Lynn, until sadly she died recently in her early eighties. One of my most memorable moments was my year abroad, when I worked as an English teacher in Alcala de Henares near Madrid. I went to a local karate dojo and enrolled as one of their students for the duration of my time living there. Not only did I develop my martial arts knowledge, but I also learnt plenty of Spanish slang from the other students! Believe it or not, I am still in touch with my karate instructors from the brief time I spent there. Another memorable moment was my last day at Queen Mary, when I received my degree results and was both relieved and proud that I had done my very best.

Complete the sentence: If I wasn’t a Teaching Assistant I would probably be doing something related to modern languages or martial arts (or maybe both!).