I chose Queen Mary for the conversion programme, which allows people without backgrounds in engineering to integrate into the field. The horizons of my knowledge were expanded by my degree. 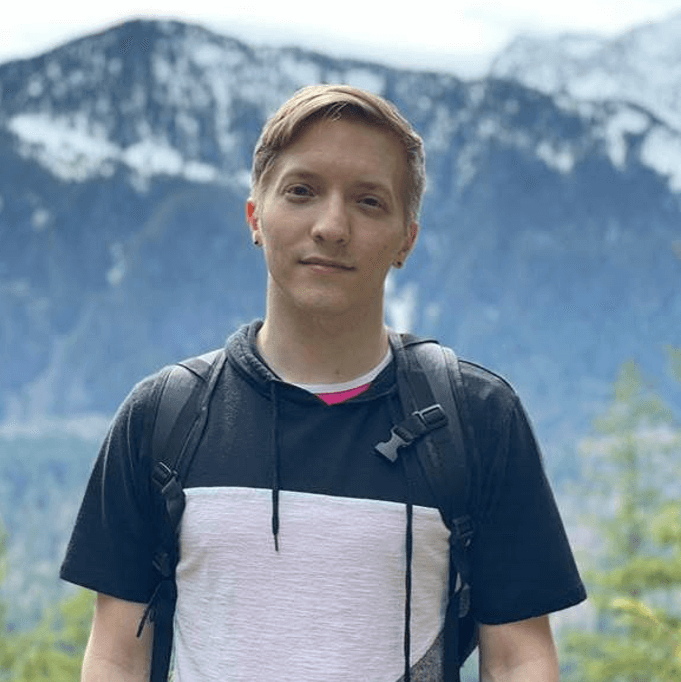 Could you tell us more about why you chose to study at Queen Mary?

I chose Queen Mary for the conversion programme, which allows people without backgrounds in engineering to integrate into the field. I had a degree in molecular biology, but I had gotten there in a roundabout way and worked for a few years before pursuing a master’s degree. As a result, I had weird skill sets that didn’t really seem to fit together, and I thought the conversion to engineering programme would be a way for me to bridge those skills.

What aspects of your degree did you enjoy and what were your most memorable moments at university?

The content of my modules was quite interesting, and I eventually found an exciting topic for my dissertation. With a background in molecular biology, I thought I had a very solid foundation for unravelling all sorts of biological phenomena but many of my modules opened my eyes to the physics that governed many biological properties. My previously limited views of biology as a complex set of electron transferring mechanisms, and an alphabet soup of gene expression, were more or less shattered in the tissue mechanics module I took. I liked that the horizons of my knowledge were expanded.

During my time at Queen Mary, I also participated in Qincubator, which is a short-course style group for developing business ventures. I thought it was very informative for creating a framework for a business. It was also a fantastic opportunity to network with people outside of my department and modules at Queen Mary, as well as other universities in London.

How did you find the experience of moving to London to study? What helped you adapt?

London is an amazing city but it’s definitely different from any other city I’ve lived in before. Thankfully, on a student visa, one can arrive a month before the start of the programme. I had moved to London a few weeks before my course started and I think that time period was helpful in getting everything sorted easily. I was able to learn my way around before I had critical obligations.

I was also quite lucky because I had a few connections in London before I arrived. They were invaluable to me because I had people that I could ask “silly” little questions about living in London. Of course, you can make these connections once you’re at university as well, and there are a few different ways to engage with other incoming students through social media groups and events. Take advantage of those opportunities early on.

What advice would you give to prospective students thinking of studying in another country based on your own experience?

I think moving abroad is a truly valuable experience, but I do think you need a certain mindset and personality for it to be smooth and successful. It definitely requires an open mind and being comfortable in new situations. One also needs to have a certain tolerance for being out-of-place. If one isn’t willing to have some awkward experiences and for everyone’s sake learn and grow from them, then they lose a lot of the valuable parts of studying in another country. Living in a different country gives one an opportunity to break habits, appreciate normalcies that you had taken for granted, and expose yourself to different perspectives.

With a background in molecular biology, I thought I had a very solid foundation for unravelling all sorts of biological phenomena but many of my modules opened my eyes to the physics that governed many biological properties.

You currently work at Fred Hutch as a Research Technician. Could you tell us about your work and provide some insights into any projects you are currently working on?

After completing my MSc, I joined the laboratory of Bullman Lab at the Fred Hutchinson Cancer Research Center in Seattle, Washington. The lab is focused on the human tumour microbiota, meaning we are trying to understand the microbes that characteristically inhabit tumours. Several years ago during her postdoc, my mentor Susan demonstrated that some metastasised colorectal tumours carried a bacterium called Fusobacterium nucleatum. F. nucleatum is a common part of the human oral microbiome but when it is observed in the gut, it is often associated with colorectal tumours. Indeed, it has been shown to inhabit these tumours. We’re trying to understand this relationship better and what that might mean for patient care and prognosis. As I also have a strong background in microscopy and experience in microbiome research, joining Susan’s lab felt like a natural progression. I’m largely focused on the spatial relationships of F. nucleatum with other bacteria and host tissue on the micron-scale, as well as where these bacteria tend to live within human tissues.

Is there a research paper or a scientist that inspired you, or was seminal for your research?

It is very difficult for me to pick just one, especially regarding specific scientists, especially because science is such a collaborative field. I can say that the scientists that I find most interesting and inspiring tend to do interdisciplinary work and have a broad view of biological systems. So, I think the scientists and engineers that inspire me the most are those that tend to be focused on developing new technologies and using those new technologies to make discoveries. Many of the most fascinating research questions inherently demand innovations.

What is something about you that people might find surprising?

I absolutely love to cook and bake. Especially in the midst of the pandemic, I found it therapeutic and rewarding. I’m often looking for an excuse to make something new or to try a new technique. Food is a daily engineering problem in which one is trying to optimise time, quality, your partner’s patience, and cost. So, on reflection, maybe it’s not very surprising that it is one of my significant hobbies!

In your career to date, what achievements are you most proud of?

I’m not quite sure it counts as an achievement, but I’m most satisfied with the diversity of my career experiences. Each career step has taken me to a new place and often featured different topics or challenges. When I was an undergraduate at the Rochester Institute of Technology in upstate New York, I worked in a laboratory that focused on art conservation. After my undergraduate degree, I moved to Boston and worked in oral microbiology for a few years. At Queen Mary, I studied superhydrophobic surfaces. Now, I’m working in an interesting niche in cancer research. I think each step of the way has given me new tools and mental models to holistically understand biological systems and the technologies that enable the study of those systems.

I’m now working in an interesting niche in cancer research. Every stage in my career so far has given me new tools and mental models to holistically understand biological systems and the technologies that enable the study of those systems.

Tell us about a hard decision you had to make in your career. How did you deal with it?

After finishing my Masters, I was very determined to avoid moving back to the United States for a few years but with the pandemic, it seemed quite unavoidable. I also wasn’t sure where specifically in the US I wanted to move. In classic engineering terms, I began a bit of a cost-benefit analysis. I knew that I had been comfortable in Boston, but I also felt a desire to explore somewhere new. The benefit of working in Boston would have been the ease of finding employment because Boston is a massive innovation hub for biomedical research. So, when the time came to determine my next move, I looked around and talked to people in my network. Eventually, I connected with my current Principal Investigator, and we discussed a role in which I could apply my established experience and expertise while also developing new skills and exploring a new field in Seattle, Washington. I’d never been to the Pacific Northwest or the west coast of the US before, let alone considered living there, despite being an avid hiker and Seattle’s infamous active and outdoorsy culture. Ultimately, I decided to take the position in Seattle so I could explore a new region of the US while getting new work experience.

What are the open questions you would like to see addressed in your field?

I always have difficulty with identifying my “field,” as I’ve always been at the intersection of the fields of imaging, microbiology, and human biology. One area of interest is the technology we use to conduct research in biology. Some of the tools that I hope to see emerge are new labelling techniques to identify bacteria in vivo, so that their behaviours can be observed in their native environment. We currently rely on these snapshots of complex microbial life and different sequencing technologies to understand how they’re behaving, limiting us to take an observational approach to microbial life and inhibiting the implementation of true hypothesis-driven experimentation. This limitation becomes even more discernible when you consider that we’ve only ever cultivated less than 2% of the microbes that we know exist based on genetic sequencing.

While the technology I describe is of course critical, one striking issue to consider right now is sustainability. Medicine and life sciences have a substantial carbon footprint and rely on single-use plastics, toxic reagents and extremely energy demanding equipment. I think in science we can sometimes have the mindset that what we’re doing is so crucial that the environmental impacts of our work are somehow justified or negligible, which I find to be quite myopic. Climate change is an ongoing and imminent public health crisis and is only expected to get worse. So, I think for our work to be the most effective, we really need to explore the development and implementation of more sustainable strategies for conducting scientific research.

What practical advice do you have for students interested in scientific research?

Find good mentors! I think this is true for any field but especially true in research. Research has so many unspoken rules and milestones, and having a supportive mentor is critical for navigating these nuances. I think there’s often this inclination toward finding a lab that has a big name or several publications in journals like Cell, Nature, and Science but I think finding a mentor who is supportive and actively interested in helping you build knowledge and experience is far more critical than the notoriety. For students, this means finding a fantastic academic advisor and potentially connecting with people outside of your home department.

While I was at Queen Mary, my dissertation advisor was Dr. Colin Crick in Material Science. When we first met to discuss a project, it was clear to me that he was interested in my ideas and was dedicated to fostering an inclusive lab based on the way he talked about the work of the members of his lab. Even after I had finished my degree, Colin supported my professional growth in allowing me to contribute to a review paper that was published in the Chemical Society Reviews journal and even accommodated an 8 hour time difference so I could be part of discussions.

Honestly, I don’t even know where I see myself in 5 years. In the long-term, I’m interested in starting my own company but there are many steps along the way before I’d be ready to embark on that course. However, I know clarity will come as I continue working toward my goals.