I love helping charities and non-profits raise money, recruit new supporters or hone their messages. I get a real sense that by supporting them it can transform the impact for people who are less fortunate than me. 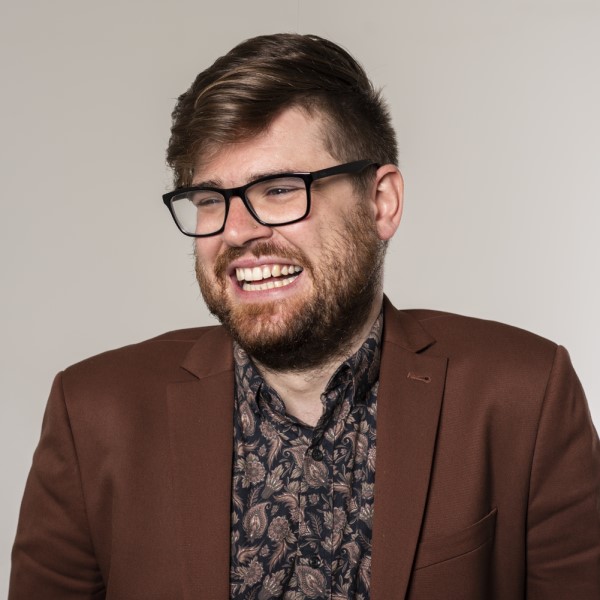 Why did you choose to study the joint Queen Mary and UCL MA in History of Political Thought and Intellectual History?

Having studied History and Philosophy at undergraduate level, I wanted to bring those interests together and study the history of political ideas. The Queen Mary/UCL MA is renowned as one of the few and best courses in Intellectual History with some of the discipline's biggest names, and London will always be one of my favourite cities, so it was a no brainer!

What were the benefits of studying a master’s degree that was taught by world-class scholars from across the University of London institutes?

One of the things that attracted me to the course was the fact it was intercollegiate. At some universities, the actual choice of modules can be quite small, but with this MA there were almost too many good options – it was hard to choose! I also really enjoyed identifying as a University of London student and getting access to all the different libraries, bars and academics.

Jacinda is the real deal – down to earth, kind, fiercely competent, and extraordinarily politically savvy. I really can’t take much credit for her election but playing my part in that campaign is undoubtedly one of my proudest experiences.

What historical period do you find most interesting and why?

Nineteenth century European political thought fascinates me because you can really see the echoes of our contemporary debates today. One of the best modules I took was ‘In the Shadow of the French Revolution’ with Gareth Stedman Jones, which looked at how in that period, socialists, liberals, and conservatives all were emboldened to reimagine what society could be like. I found that studying this period helps you critically analyse political claims made today about the supposed ‘real meanings’ behind ideas such as ‘democracy,’ ‘freedom’ or ‘socialism,’ as if these are fixed concepts that haven’t evolved through history.

What aspects of your master’s degree did you enjoy most and what was the focus of your research?

At the time I was most interested in socialist or radical thought. I wrote essays on Hegel, the Austro-Marxist, Otto Bauer, and the English Guild Socialists, G. D. H. Cole, and Harold Laski. My thesis focused on Axel Honneth’s recognition theory of social protest and its relationship to the earlier ‘Frankfurt School’ Critical Theory of Adorno, Horkheimer, and Habermas. Even though this was a bit outside of the traditional syllabus of the course, the staff at Queen Mary and UCL were incredibly supportive. Furthermore, the scope of the course allowed me to come across new areas of interest, and I unexpectedly found myself falling in love with renaissance European thought, Thomas More and Francesco Guicciardini.

Another aspect I loved about the course was the twenty or so students I studied with, who I learnt a lot from and some of whom I still call friends today, almost a decade later.

You have worked in campaigning for much of your career, including working for the Labour Party in the UK, as well as in Australia and New Zealand, where you were Head of Campaign Operations for the New Zealand Labour Party, working on Jacinda Ardern’s successful election campaign. Jacinda Ardern has received a lot of admiration for her strong leadership and the way she has led New Zealand’s response to the COVID-19 pandemic. What was it like working with her and how do you feel when you reflect on the role you played as part of her campaign?

Jacinda is the real deal – down to earth, kind, fiercely competent, and extraordinarily politically savvy. I really can’t take much credit for her election but playing my part in that campaign is undoubtedly one of my proudest experiences.

That year was an emotional rollercoaster. The polls darted around and there were moments where I personally had pretty much accepted defeat. Even on election night, I cried as the results trickled in because it wasn’t immediately clear who would form a government. To go from that to seeing policies you’d been talking about implemented, making an impact on people’s lives – there’s nothing else like it. The moment we knew we had done it I leapt into the air, kicked a chair across the room and found it almost hard to breathe for a few minutes.

Having worked with different Labour parties across the world, how did the challenges vary when working in the UK, vs Australia and New Zealand and what were some of the similarities across all three parties?

Labour party people are reassuringly similar wherever I’ve been in the word – with similar hopes, drives, and (mostly loveably) foibles. Although context does matter. All three of those countries have very different electoral systems and therefore very different challenges of how to bring together a winning coalition of voters. I must confess, the geek in me loved seeing how those structural differences impacted political culture and the strategic decisions you make. It also made me question why, for example, the UK doesn’t have early voting or registering to vote on election day, which would help turnout.

In terms of issues, ultimately what people care about is universal. Yet sometimes you do get surprises. On my first day of work in New Zealand I was told the biggest political issues were the economy, health, housing, immigration, education and….’water.’ I just nodded along and pretended I knew how ‘water’ could be a political issue. I soon found out!

What have been some of the highlights of your career so far?

There really is nothing like the comradeship, intensity, and unity of purpose you feel working with others on an election campaign. You become incredibly close to your colleagues. Even though it’s a fleeting period of time and you may never work with them again, you feel part of something so much bigger and more important than yourself. It’s why no matter how many times you lose (or how bad they can be for your health) they are totally addictive.

Alongside the party-political work, I’m really proud of the time I spent as Head of Campaigns and Communications for the child refugee charity, Safe Passage International. When the first lockdown happened, my team sprang into action and, working together, we persuaded the Greece and UK Governments to charter a special flight to resettle around 50 people seeking refuge in the UK who were trying to reach family here. It was a real team effort: I managed incredibly talented campaigners and they pulled off some very clever tactics to make it happen. Seeing those families reunited - that was one of the good days.

You now work as a freelance consultant. What does this role involve and what are some of the benefits and challenges of freelancing?

I adore being a freelancer. In any one day I may work on four or five direct projects with multiple clients. I feel very lucky to have that sort of variety in my professional life, and to be in complete control of my working hours, location, and focusses. The challenge of course is that you need to keep finding new projects, but in a way, I love that bit too because it involves starting conversations with lots of interesting people.

I think the only real downside is no longer line managing a team, which is so rewarding (if stressful sometimes!). I expect one day I may go back to that, but for now I am loving the freedom of being a consultant.

How did your master’s degree help prepare you for your career?

If we are honest, a lot of the time in your career you are trying to persuade people – both junior and senior to you – about something. Understanding the structure of arguments, which is essentially what you learn in the history of thought, is so useful when it comes to influencing people. Also, my work has always involved communications and copywriting, and having to digest, reconstruct and critique complicated theories in succinct, accessible language was a great training ground for the future.

How does the work that you do have a positive impact on others and allow you to explore your passions?

I love helping charities and non-profits raise money, recruit new supporters or hone their messages. I get a real sense that by supporting them it can transform the impact for people who are less fortunate than me.

On a personal level, I’m fascinated by every aspect of moving people to action, whether that’s to vote for your party, donate to your cause, or table an amendment in parliament. By doing so many different projects with different clients in different contexts, I explore the multiple facets of that - digital, press, community organizing, advocacy, market research and much more besides.

What motivates you to get out of bed in the morning?

Well, I’ve never been a morning person – but I love learning new things and having different experiences. I think that is why I moved around so much in my career, including working abroad, and why I now love being a freelance consultant so much.

This profile was conducted by Alumni Engagement Coordinator, Nathalie Grey. If you would like to get in touch with Andrew or engage him in your work, please contact Nathalie at n.grey@qmul.ac.uk.