I grew up with such limited information about the history of the LGBTQ+ community, and I wasn’t ever given the opportunity to learn about the impact and contributions of LGBTQ+ people at school. If we don’t include LGBTQ+ people in our shared history, it essentially erases people from the narrative, and this sends such a strong message to young people that ‘people like you don’t matter’. 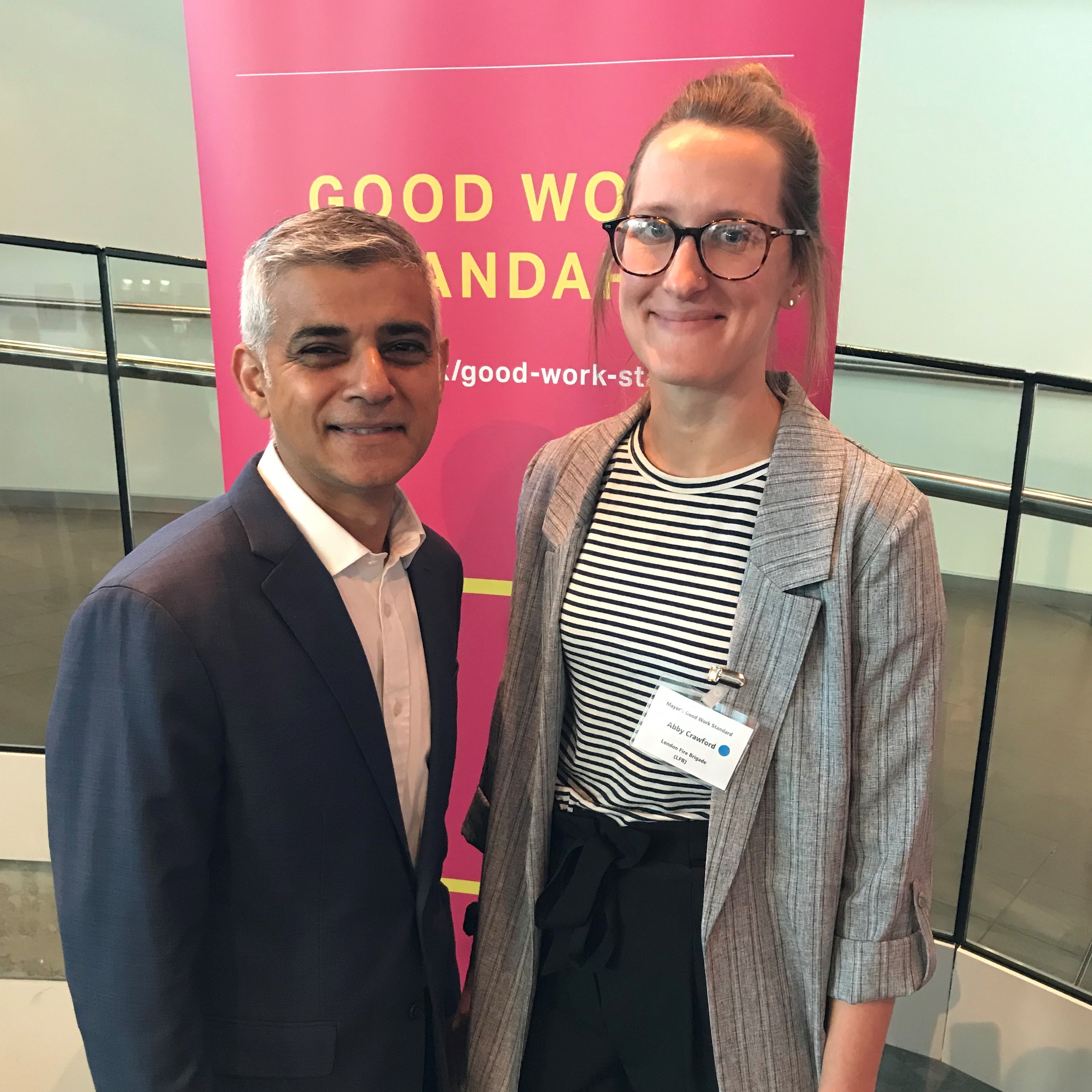 Why did you choose to study Law at Queen Mary? Did you have a particular career path in mind? I chose Queen Mary after it was recommended by an A-Level tutor.  I didn’t have a particular career path in mind but I had really enjoyed my A-Level Law studies and felt confident that it was a respected, well-rounded degree that would hopefully help me to step into a range of careers.  I knew I wanted to be in London, despite only having visited a few times prior to moving down for my degree!

What aspects of your degree did you find most enjoyable? And what aspects of your degree do you still use today? I enjoyed the critical thinking and application of law during my degree, and as I progressed through my three years I became particularly interested in the impact of law on the ‘every day’ person, eventually specialising in UK Human Rights Law, public law and medical ethics.  I learnt a huge amount about the role of the state and public sector, and I use these aspects of my degree regularly today, in my role as a diversity and inclusion practitioner in the public sector.

Can you describe your career path up to date and touch on your current role? After my degree I did a short internship with the British Institute of Human Rights, and have spent the years since then working in either the charity or public sector.  I worked as a policy officer in a domestic violence charity, before specialising in general equality and diversity.  I spent some time as the Equality Officer for a large London local authority, and then three years in an LGBT charity, supporting government departments, NHS Trusts and public sector organisations to meet their legislative duties in relation to the Equality Act and non-discrimination provisions.  This has prepared me well for my current role, as the Head of Culture at the London Fire Brigade (LFB).  I lead the LFB’s approach to diversity and inclusion, as well as overseeing work on leadership development and staff engagement for over 5,000 staff based across London.

What does LGBTQ+ History Month mean to you and why do you think it is important that we acknowledge the contributions of LGBTQ+ people throughout history and in present times? I grew up with such limited information about the history of the LGBTQ+ community, and I wasn’t ever given the opportunity to learn about the impact and contributions of LGBTQ+ people at school.  Despite being born in the 1990s, Section 28 (which banned the ‘promotion of homosexuality’ in schools) was still in place even as I reached my teens, and I still see the impact of a whole generation of people who don’t understand the importance of recognising the contribution of diverse people throughout history, or the positive impact that this can have on young people questioning their sexual orientation or gender identity.  If we don’t include LGBTQ+ people in our shared history, it essentially erases people from the narrative, and this sends such a strong message to young people that ‘people like you don’t matter’.

My top tip is to never assume that someone just ‘knows’ that your workplace or university is LGBTQ+ inclusive, because for many years the community has experienced hate crime, discrimination and exclusion.  You need to be explicit and consistent, to make it clear that the environment is inclusive, and that there are consequences for inappropriate behaviour.

The theme for this LGBTQ+ History Month is ‘Body, Mind and Spirit’, how do you feel that these experiences differ between the LGBTQ+ community and the cisgender, heterosexual population? Reflecting back on my time at school, I don’t recall ever learning about the different experiences that LGBTQ+ people might have in body, mind or spirit.  In adulthood, and through the work I’ve done with NHS Trusts, I quickly learned that there are significant physical and mental health inequalities faced by LGBT+ people, such as accessing appropriate medical treatment, a higher risk of some disease (e.g. lesbian women being at higher risk of breast cancer), and a fear of discrimination which prevents some LGBTQ+ from accessing the mental or physical health support they need.  For many people, going to see a doctor is a routine event, but for LGBTQ+ people there are layers of historical discrimination, bias and fear which can prevent people accessing support.  The experiences of straight, cisgender people often do differ in this area and it’s important for everyone to understand and learn about these issues in order to create a better experience for all.

What resources and services are available to support the mental health and wellbeing of the LGBTQ+ community? How do you think the ongoing effects of Covid and government responses such as lockdown has impacted people, both the general public and the LGBTQ+ community specifically? COVID-19 has undoubtedly impacted every single person, regardless of their identity.  However, although the disproportionate impact of COVID on frontline workers and Black, Asian and ethnic minority people has made headlines, the impact on the LGBTQ+ community is not as widely publicised.  LGBTQ+ people experience a disproportionate level of mental ill health, which can be caused by discrimination, family rejection and isolation – which can obviously be amplified by lockdown and further isolation.  In addition, LGB communities report higher levels of domestic abuse, and are more likely to be living with HIV (which affects immunity).  There are a number of great resources and helplines available for LGBTQ+ people who may need support, the Stonewall ‘what’s in my area’ tool is a good place to start to find local and relevant services.

Based on your own time at university, is there anything you feel that Queen Mary can do to improve the student experience for LGBTQ+ students? I didn’t actually realise that QM had an LGBTQ+ society until after I left!  Visibility is really important, and not just during key dates such as LGBT History Month.  I think regular reminders that services are LGBT-inclusive, and ensuring that LGBTQ+ identities are well represented in things like prospectuses, communication materials and in the language used by staff and university reps is really important to send a strong, consistent message that the university is a safe and inclusive place for all.

Generally, what do you think still needs to be done to give greater equality and representation to the LGBTQ+ community? I think a lot of impact is made by small acts, such as ensuring language we use is inclusive, and that we don’t unintentionally exclude people from activities, policies or life in general.  My top tip is to never assume that someone just ‘knows’ that your workplace or university is LGBTQ+ inclusive, because for many years the community has experienced hate crime, discrimination and exclusion.  You need to be explicit and consistent, to make it clear that the environment is inclusive, and that there are consequences for inappropriate behaviour.

This profile was conducted by Alumni Engagement Coordinator, Hannah Dormor. If you would like to get in touch with Abby or engage her in your work, please contact Hannah at h.dormor@qmul.ac.uk.

Book now for our 'Alumni Angles: A conversation with BBC newsreader, Jane Hill' virtual event in celebration of LGBTQ+ History Month on Thursday 25 February from 18:00 – 19:30 GMT
Back to top