Our core team is made up of senior clinicians and includes world-renowned researchers in HIV, Sexual Health, Hepatology, Infectious Diseases, Microbiology, and Population Health from Barts Health NHS Trust, Barts and The London School of Medicine and Dentistry and Queen Mary University of London.

The team is supported by a programme manager, researchers, statisticians, clinical research fellows and other key roles. It builds on the work of our well-established, world class HIV clinical trials unit. We will work closely with partners across the wider health and care system, our community advisory board and voluntary sector organisations across the East End of London and beyond.

We are proud that the SHARE team reflects the diverse communities we serve. 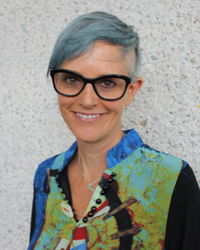 Professor Orkin is the Lead for HIV research at Barts Health NHS Trust and directs the SHARE Collaborative.

Following a successful 16-year clinical career at Barts Health NHS Trust, Chloe was appointed Professor of HIV Medicine at Queen Mary University of London in 2019. She leads an internationally renowned therapeutic trials unit that has made major contributions to drug development and the licensing of around 20 new therapies. Chloe is global lead author for the FLAIR study which evaluated the first-ever long-acting injectable HIV therapy and was published in the NEJM. Chloe is lead investigator for several other pivotal therapeutic trials and local principal investigator for a COVID-19 monoclonal antibody study. Her research also focuses on ways of including and engaging women, pregnant women and racially minoritised people in clinical trials. Chloe led research and blood-borne virus testing campaigns (Going Viral and Test Me East) in emergency departments which have changed practice.

As President of the Medical Women’s Federation, and a visible LGBTQ+ role-model, Chloe advocates at national fora such as the Department of Health and Social Care Gender Pay-gap Implementation Panel and the General Medical Council Equality forum. As Chair of the British HIV Association (2016-19) she challenged discriminatory legislature and is considered a global medical leader for the U=U campaign.

Chloe is the Academic Lead for Equality, Diversity and Inclusion at Queen Mary's School of Medicine and Dentistry and past Athena SWAN Chair. She is committed to driving culture change and embedding citizenship. 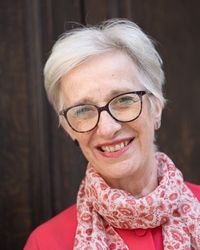 Her 35-year clinical and academic career in HIV medicine and sexual health, based in East London, has focused on underserved and marginalised populations, and includes extensive cross-disciplinary working between biomedical and social sciences, together with a track record of co-production and partnership working with voluntary sector and community organisations.

As a visiting fellow at The King’s Fund, Professor Anderson has delivered policy facing research on the future of HIV services in the UK. As co-chair of the HIV Outcomes Initiative, she works to influence European policymakers on the future of HIV treatment and care. She is the co-chair of the Public Health England External Advisory Group on HIV and Sexual Health, chair of The National AIDS Trust, co-chair of London’s Fast Track Cities HIV leadership group and a past Chair of the British HIV Association. In 2015 She was appointed Commander of the Order of the British Empire (CBE) for services to HIV and Sexual Health Research. 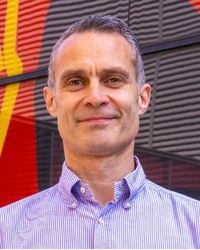 Furthermore, this research has provided the impetus to consider earlier therapeutic intervention as a strategy to prevent the development of chronic liver disease and liver cancer (Gastroenterology papers, IF>20, having >100 citations each), which has formed the basis of a change in national (NICE) and international clinical practice guidelines for CHB (EASL 2017). Professor Kennedy is now investigating novel viral markers and immune aspects of emerging treatment strategies and developing less invasive liver sampling in the setting of novel therapeutic approaches (Gill et al., PloS Pathog. 2016, Gill et al., Gut 2018). 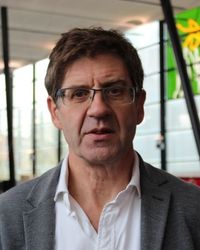 Professor Griffiths is a Professor of Primary Care at Barts Health NHS Trust and Barts and The London School of Medicine and Dentistry at Queen Mary University of London, Acting Director of the Institute of Population Health Sciences, Centre Lead for the Centre for Primary Care and Public Health, Co-Director of the Asthma UK Centre for Applied Research, Visiting Professor at the University of Edinburgh, Principal Investigator at the MRC-Asthma UK Centre for Allergic Mechanisms in Asthma, Theme co-Lead for the NIHR Applied Research Collaboration North Thames, Fellow of the Royal College of Physicians and Fellow of the Royal College of General Practitioners.

He read Physiological Sciences at Keble College, Oxford, before completing a D.Phil addressing the endocrine control of gut function. His clinical training was at King’s College London. His research addresses tuberculosis, chronic respiratory disease and diabetes, and ethnicity. He is a member of the development groups for NICE guidelines for tuberculosis and for the British asthma guidelines. He is an editorial board member of the journals Thorax and the Primary Care Respiratory Journal. 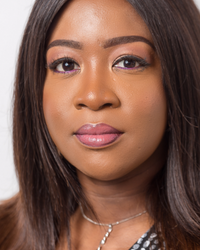 Dr Vanessa Apea is a consultant physician in Genito-urinary and HIV medicine and research lead in Sexual Health at Barts Health NHS Trust. She is honorary senior lecturer at Queen Mary University of London. Dr Apea is a former Fulbright scholar and has a master’s in public health from Harvard University.

She has an established track record of exploring and promoting health equity in marginalised populations, with a a particular research interest in participatory approaches, she has 15 years’ experience of successful collaborative working with community stakeholders, third sector agencies, health economists, sociologists, health psychologists and commissioners to advocate for racially minoritised communities in the UK, Canada, and Ghana. 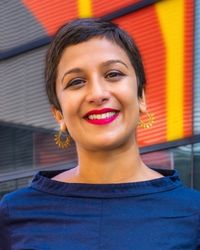 Dr Dhairyawan has worked in sexual health and HIV in East London since 2008 and is a Consultant in Sexual Health and HIV Medicine at Barts Health NHS Trust and an Honorary Senior Lecturer at Queen Mary University of London. She has a track record of effective multidisciplinary and multiagency research collaborations within NHS clinical settings, including with colleagues from the social sciences, voluntary sector and patient communities. She led on the first UK study exploring the links between intimate partner violence and HIV.

The recipient of grants from BHIVA, Public Health England and Fast Track Cities, she is nationally recognised for her expertise on health inequalities and in championing the needs of racially minoritised women in sexual health and HIV, through her work with NAZ, BHIVA, 4M Mentor Mothers, SWIFT, SAHAR, Race and Health and BASHH. In addition to her academic publications, she has been written on health equity for the Lancet, BMJ Leader, Discover Society, Cost of Living and Media Diversified. 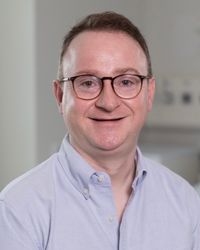 Dr Thornhill is a clinical academic based at Barts Health NHS Trust and QMUL where he is Honorary Lecturer and locum consultant physician in HIV Medicine and Sexual health. currently and locum Consultant in HIV medicine and He was awarded his PhD from Imperial College in 2018, supported by a highly competitive MRC Clinical Research Training Fellowship.

His research has focused on clinical HIV cure strategies and studies examining HIV persistence in tissue sites, including the RIVER gut study and the HEATHER gut study. Much of this work has been published, including a recent tissue analysis of the London Patient (Gupta et al Lancet HIV 2020), and cited in National BHIVA treatment guidelines (2015). More recently, he has been a co-investigator in the e-CLEAR and RIO studies investigating broadly neutralizing antibodies as a HIV cure intervention. 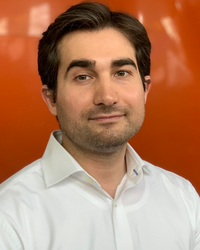 Hamzah Farooq is a Specialist Registrar and early clinical academic in Infectious Diseases, Virology and Tropical Medicine, based in Manchester. He holds a Masters in Tropical Medicine and Infectious Diseases from the Liverpool School of Tropical Medicine and has a special interest in HIV and global health medicine. He is currently training at the Regional Virology centre in PHE Manchester and is out-of-programme for research with the SHARE Collaborative team. His research career aim is to contribute to the control of infectious diseases in high-burden settings through operational research and evaluation of novel diagnostics and therapeutics. His current research includes collaborative projects on HIV, emerging infectious diseases and whole genome sequencing of infectious diseases.

He is passionate in delivering teaching and has taught at undergraduate and postgraduate levels including at the Diploma in Tropical Medicine and Hygiene run by the University of Glasgow. He has experience in humanitarian and global health medicine in Lesvos, Greece to assist with the Syrian refugee crisis in 2016 and is the Infection co-ordinator for the NGO, INTERYem. In recognition of his work, he was awarded the Furness Prize in Science Communication in 2020 by the Royal College of Pathologists. 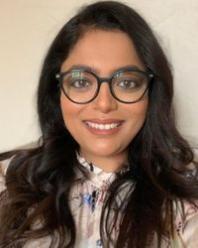 Sadna has worked with Barts Health HIV services since 2014 supporting Professor Orkin. She continued to work with the HIV research team from 2016. She has been the project manager for blood bourne virus testing in emergency departments at Barts Health NHS Trust.

Sadna formally joined the SHARE team from May 2021 and was one of the core members to help develop SHARE from its inception. She is responsible for overall management of SHARE and each research theme. 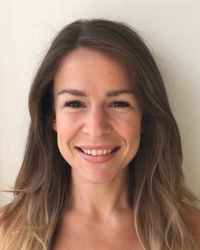 Alice is an Academic Clinical Fellow at QMUL and a GP registrar working in Tower Hamlets. She completed medical training at Manchester Medical School and went on to be awarded a MSc in Reproductive Science and Women’s Health from UCL, with distinction. She is currently completing a PG Cert in Clinical Drug Development & Healthcare Research Methods at QMUL.

Alice is passionate about sexual health, women’s health and reducing health inequity. Previous research includes her MSc dissertation, which explored the tools used to measure the health-related quality of life of women using contraception. She previously won the Elizabeth Garrett-Anderson Prize at the 2016 Medical Women’s Federation conference for her work highlighting the statutory obligations for reporting female genital mutilation. She is currently the workforce representative for ‘Doctors for Choice UK’, an organisation of clinicians who advocate for safer and fairer abortion for all.

Alice is working with the SHARE team on projects that focus on gender and racial equity in medicine and healthcare. 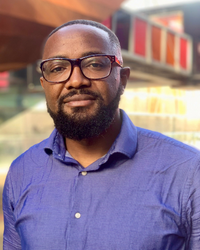 Dr Mwendera holds a PhD in Public Health (Health Policy) from the University of Pretoria, South Africa in 2018. His interests are in knowledge translation by promoting utilisation of health research in policy and practice. In this area, he has been involved in stakeholder analyses and developing policy engagement strategies that promote interaction of various stakeholders especially between researchers and policymakers. Therefore, he is motivated in conducting research where community views are taken into consideration to shape access to healthcare.

On the SHARE team projects, Chikondi is utilizing mixed research methods to support community based participatory studies to explore the lived experiences of East London communities, and investigate the barriers and enablers to engagement with HIV care from the perspective of service providers and service users.

The SHARE Collaborative Community Advisory Board will provide a platform to ensure meaningful inclusion and authentic co-production of the research agenda with the local community, with board members being remunerated for their time and expertise. The board will inform every stage of the research process, from comment and advising on research topics, considering the direction, volume, diversity and applicability of proposals for research as well as  acting as local champions. The board will provide advice on recruitment of research participants as well as the dissemination of findings. SHARE will train and employ peer researchers and aim to have a community co-author on research publications. We believe this approach will ensure our research remains relevant to the community in which it is conducted and reflective of Queen Mary and Barts Health values.