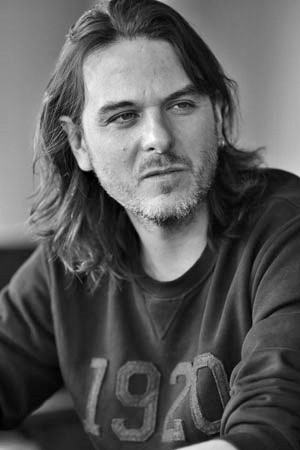 Reader in Theatre and Performance

I have worked at QMUL since 2002, shortly after receiving my PhD from the University of Surrey, and having spent some time working as a performer making experimental dance and theatre. My teaching and research cover a range of topics including contemporary theatre and dance, theories of atmosphere, sensory cultures, and the intersections of performance and tourism. In all of this I maintain a close relationship to professional artistic practice, in collaborations with Rosemary Lee, Sound&Fury, Battersea Arts Centre, Robert Cohan, Rift, Seth Kriebel and Alexander Whitley amongst others.

I teach both seminar and practice-led learning across all levels of undergraduate and postgraduate provision in Drama. I’m the module convenor for the year 1 practice-led module Beyond Acting, which invites all students in Drama to consider what kinds of theatre we might make if we leave out pretending to be someone you’re not – acting. We gather weekly for exploratory workshops, trying out a range of different approaches to making theatre, before forming small groups working towards a performance that builds on what students have learned. My year 3 module Just for Tourists? is a seminar course which examines the close relationships between theatre and tourism, from the numerous kinds of theatre that are ‘staged’ for tourists, to the practices of performing and spectating that they in turn engage. We consider a range of historical and cross-cultural examples, before beginning fieldwork in London, and developing our own models and ideas of tourism as performance.

My research covers a series of intersections between contemporary theatre and choreography as they engage with concerns for affect, atmosphere and the senses. I am interested in how theatre practitioners and audiences ‘make sense’ of the unusual ways that they are sometimes invited to look at, feel or listen. Working closely in collaboration with artists and cultural organisations is central to my research, and has variously meant participating in and observing production processes as a performer, director, dramaturg and critic. Finding new means by which academic research might support and collaborate with cultural industries is increasingly important to me, and in 2016 I oversaw the Drama department’s acquisition of a £250K Digital Studio, through which motion-capture, spatial audio and VR technologies work to support MSME artists and organisations.

The Senses in Performance

This was the subject of my first book Feeling Theatre, that considered a continuum between emotion and the senses in making and watching performance. Over the last two decades I have conducted a sustained enquiry into the history and phenomenology of darkness and shadow in the theatre and in 2017 co-edited Theatre in the Dark with Adam Alston, the first book-length publication on the subject. In 2018, this led to a series of co-curated talks and performances with Battersea Arts Centre, looking at the legacy of their innovative Playing in the Dark season in 1998 and to a chapter in Timothy Edensor and Nicholas Dunn’s book Rethinking Darkness. This research has also involved practice-led enquiry as a theatre maker and performer including The Watery Part of the World with Sound&Fury (2003), and Vom Verschwinden der Schatten with Theater Feuerblau (2015).

Much of my most recent research concerns the intersections between mood, environment and aesthetics that are apparent when theatrical events are described or experienced as ‘atmospheric’. This is the subject of my current monograph project Theatrical Atmospheres: Performance in an Age of Ambiance. In 2017, Penelope Woods (QMUL) and I co-curated the conference Staging Atmospheres for the Reseau International Ambiances network (International Ambiances Research). Together with Chloé Déchery (Paris 8) I am the coeditor for a special issue of the journal Ambiances on Staging Atmospheres. I am also a coeditor of the forthcoming Routledge Handbook of Ambiances and Atmospheres with Rainer Kazig (Grenoble), Damien Masson (CY Cergy Paris), and Izabela Wieczorek (Reading).

Since working as a performer for the choreographer Emilyn Claid, I have had a strong interest in phenomenology and politics of movement. This has also fed a further interest in dance and choreography as transnational practices. Since 2011 I have been a co-director of ArtsCross, an international choreographic research network, that has received funding from the AHRC (£35,879), and TAL Foundation amongst others. This long-term initiative has brought together academics and artists across cultural, national and artistic borders and includes collaborations with the Beijing Dance Academy, Taipei National University of the Arts, and the universities of Exeter and Middlesex. Since 2011 it has held meetings in Taipei, Beijing and London and has led to the creation of eighteen new intercultural performances.

I have a long-term critical engagement with the work of Rosemary Lee. As well as writing about her work in 2012 I collaborated with her in the production of an interactive DVD On Taking Care which reflected on her 2008 performance Common Dance. Together with Lee and Artsadmin I co-curated a symposium, On Taking Care, which brought together artists, philosophers and health and social care professionals to discuss the nexus of touch and care reflected in Lee’s performance.

In 2017 I co-directed Forest Revisited for Sadlers Wells with the choreographer Robert Cohan, drawing on archive footage and interviews to inform a creative process that has fed into my ongoing research on affective atmospheres and aesthetics.

In 2016 I oversaw the Drama’s acquisition of a £250K Digital Studio, through which motion-capture, immersive audio and VR technologies work to support MSME artists and organisations. This has supported a number of artists’ work, including collaborations with the Alexander Whitley Company and Seth Kriebel and Zoe Bouras. In 2017, I was awarded £59,369 by the AHRC’s Next Generation of Immersive Technologies scheme for a collaboration with RIFT theatre using motion tracking, VR and spatial audio technologies. This led to the production of Void, an immersive theatre performance for the 2018 London Vaults Festival, and a prototype ‘gesture-driven ambisonic environment’.

The continuing development of a strong relationship between HE and the cultural sector is an important aspect of my work. As well as working directly on creative projects, I also seek to support artists and institutions in producing talks and events. Selected examples include: