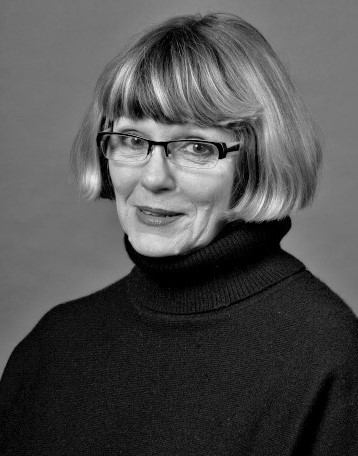 I co-founded Spiderwoman Theatre, Split Britches Company, and the WOW Theatre in New York, and was also the Artistic Director of Gay Sweatshop Theatre and the AiR Supply Collective in London. As a director, writer, and performer, some of my projects include Lost Lounge (2009) Miss America (2008), Lesbians Who Kill (1992), Belle Reprieve with Bloolips (1991), Little Women: the Tragedy (1988), Dress Suits for Hire with Peggy Shaw and Holly Hughes (1987), and Upwardly Mobile Home (1984).

Through my experiments with performance as a means of public engagement, I have developed a number of methods and strategies including the Long Table, Porch Sitting, Care Cafes, ,Public Studios, the Library of Performing Rights, the FeMUSEm, and my performance persona Tammy WhyNot. I was a partner in Staging Human Rights, a People's Palace Project that uses performance practice to explore human rights in women’s prisons in Brazil and the UK, and Director for PSi#12: Performing Rights, an international conference and festival on performance and human rights held at Queen Mary in 2006.

I continue to curate inclusive public debate at conferences and institutions internationally through the use of these initiatives. More information can be found on my website, Public Address Systems.

Together with my long-time collaborator Peggy Shaw, I tour Split Britches’ productions: Retro(pe)rspective, and Unexploded Ordnances (UXO). Couched within a Dr. Strangelove-inspired performance, UXO uses unexploded ordnances as a metaphor for unexplored potential in elders and public performance as a platform for public conversation in a fraught political landscape. UXO premiered at La Mama (NYC) and enjoyed a preliminary tour throughout the UK including a showcase at the Barbican Centre. UXO continues to tour throughout the UK and internationally.

I co-wrote and directed Peggy Shaw’s Ruff, an exploration of Shaw’s experience of surviving a stroke. Commissioned by PS122 (NYC) and Out North (Alaska), Ruff unpacks Shaw’s ageing, lesbian body, exploring issues of memory, personal response to extreme circumstance and the place of the imagination in the neuroscience of memory loss and structural damage. Ruff visually and verbally translates Shaw’s internal experience of illness and ageing into an external assemblage of her multifaceted, creatively capable, ageing brain.

I also tour solo performances of What Tammy Needs to Know… (2004) and What Tammy Found Out (2012) .I have explored ageing and stage fright in Performing in Agony (2009), a solo performance based on Miroslav Krleza’s Behind the Mask, created through an international collaboration with Croatian academic, Dr. Lada C Feldman, and British director, Julia Bardsley.  I developed Getting On, a back stage tour, a workshop guide for dealing with elders on issues of ‘agefright’ created in collaboration with Leslie Hill and Helen Paris at Stanford University.

My latest solo performance What Tammy Needs to Know About Getting Old and Having Sex, marked the initial practical exploration of my current research on ageing. This is a practice-based project that collaborates with older adults through interviews, performance workshops and public presentations in order to research the effects of ageing upon people’s desire for, and ability to, obtain sexual pleasure and intimacy. So far, the project has conducted workshops with community groups in London, Croatia, Poland and New York and utilised my persona, Tammy WhyNot, to facilitate engagement and to encourage performance as means of dissemination. Tammy took part in a series of performances, workshops and public interventions as part of the Institute of Sexology, a Wellcome Trust initiative (2015) and has established her own YouTube channel for people of 55

I have been a Hunt Scammon Distinguished Artist at William and Mary College, a Penny Stamps Distinguished Lecturer as part of her Martin Luther King, Jr.-Cesar Chavez -Rosa Parks Visiting Professorship at the University of Michigan and visiting artist at universities including Harvard, Wellesley, UCLA and Universities of Texas and Tasmania.  I have performed and lectured extensively throughout the US and UK as well as China, Australia, New Zealand, Brazil, Canada and Argentina. In 2014, I was made a Guggenheim Fellow and a major publication dedicated of my work and life, co-authored with Jen Harvie and in conjunction with Intellect Live and the Live Art Development Agency, was published in 2015. I am a 2016-2018 Wellcome Trust Engaging Science Fellow. As a company, Split Britches won the Innovative Theatre Awards (USA) Lifetime Artistic Achievement Award in 2017, and I was awarded the WOW Women in Creative Industries ‘Fighting the Good Fight’ award in 2018.

My on-going research involves experimenting with creating comfortable spaces for public discussion, such as Long tables and Porch Sittings, which resist hierarchies, foster inclusion, and value lived experience as expertise. These research interests are housed within my project called Public Address Systems. With the performance project Unexploded Ordnances (UXO) I am exploring the ways performance can facilitate public conversation.

Connected to Public Address Systems, my project Know How uses the ethics of care as a theoretical basis for dialogic work, and is a series of performance as research projects that seek to research the nature of embodied knowledge and lived experience in relation to academic research. This research is applied to develop egalitarian dialogue frameworks in order to democratize and enhance cross-class and cross disciplinary communication.

I have supervised the following successful dissertation:

Split Britches are currently undertaking a ‘Call and Response Tour’ as a direct reaction to the call from people throughout England for further touring of Split Britches work, and a desire to bridge social chasms in an increasingly divided, disparate landscape.

Using UXO to facilitate conversation on Global Movement and Brexit, and Retro(per)spective to aid discussion of gender and feminism, Split Britches will embark on a period of touring using the model of Call and Response, housing sustained conversation in connected engagement activities, like workshops, Porch Sittings, Long Tables, and meet and greets. The legacy and impact of this work will be sustained through digital conversation platforms, like a Council of Elders Facebook group, a digital Situation Room, and the Tammy WhyNot YouTube page.