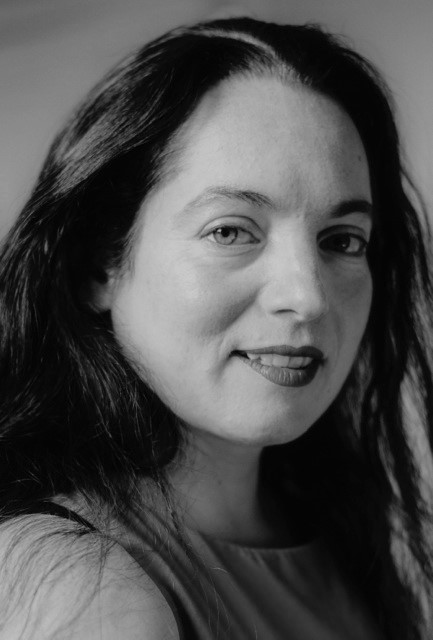 I’m a scholar of nineteenth and twentieth century culture urban culture with special interests in religion, gender and migrancy. I studied English at the Universities of Cambridge and Leeds and completed my doctorate at QMUL. I taught at the University of Southampton for 10 years before returning to Queen Mary in 2007. At QM, I’ve developed research on the literary history of London’s East End and spent a lot of time walking.

In the 2020-21 academic year I am on partial leave working on a Leverhulme Research Fellowship.

My first monograph, The Jewess in Nineteenth-Century British Literary Culture (Cambridge University Press, 2007) examined the philosemitic novel in Britain. In this and subsequent work I seek to situate representations of Jews within wider debates about politics, culture and nation. I have also explored the representation of Jews in literature and popular culture in a number of edited books, including (with Bryan Cheyette) The Image of the Jew in European Liberal Culture, 1789-1914 (Vallentine Mitchell, 2004); (with Eitan Bar-Yosef) The ‘Jew’ in Edwardian Culture: Between the East End and East Africa (Palgrave, 2009) and (with Tony Kushner) Remembering Cable Street: Fascism and Anti-Fascism in British Society (Vallentine Mitchell, 1999). My research also concerns writing by Jews: I co-edited (with Naomi Hetherington) Amy Levy: Critical Essays (Ohio University Press, 2010), the first collection of essays on the remarkable Victorian Anglo-Jewish writer Amy Levy. Nineteenth-Century Jewish Literature: A Reader, my co-edited selection of short stories by Jewish writers in Britain, France and Germany, was published by Stanford University Press in 2013. The Routledge Handbook to Contemporary Jewish Cultures (co-edited with Laurence Roth), a groundbreaking collection of essays that brings together theory and analysis of Jewish cultural practices across the globe was published in 2014 and a new edited collection of essays, British Jewish Women Writers (Wayne State University Press, 2014).

My current research focuses on the literature of east London. I co-convened a seminar series on ‘Revisiting the Victorian East End' at the Institute of English Studies, University of London, and in 2011 published a co-edited special issue of 19: Interdisciplinary Studies in the Long Nineteenth Century on this subject. In July 2011 I organised a conference on Willy Goldman’s celebrated memoir East End My Cradle and in November 2013 an international conference marking the 150th anniversary of the birth of another East End writer, Arthur Morrison. I have published articles on the writers Israel Zangwill, Margaret Harkness and Alexander Baron who all produced fascinating writing about east London.

The 'Jew' in late-Victorian and Edwardian Culture: Between the East End and East Africa, ed. Eitan Bar-Yosef and Nadia Valman (Palgrave, 2009)

Philosemitism, Antisemitism and 'the Jews': Perspectives from the Middle Ages to the Twentieth Century, ed. Tony Kushner and Nadia Valman (Ashgate, 2004)

Whose Law Runs Here? Alexander Baron and the Mysteries of Bethnal Green’, in Susie Thomas, Andrew Whitehead and Ken Worpole, eds, So We Live: The novels of Alexander Baron (Nottingham: Five Leaves, 2019), 153-73.

‘Little Jew Boys Made Good: Immigration, Anglo-Jewish Fiction and the South African War’, in The ‘Jew' in Late-Victorian and Edwardian Culture: Between the East End and East Africa, ed. Eitan Bar-Yosef and Nadia Valman (Basingstoke: Palgrave, 2009), 45-64.

‘Women Writers and the Campaign for Jewish Civil Rights in Early Victorian England’, in Women in British Politics, 1760-1860: The Power of the Petticoat, ed. Kathryn Gleadle and Sarah Richardson (Palgrave, 2000), 93-114.

I am currently supervising PhD projects on female detectives and the Victorian and Edwardian novel; Jewish women and racial discourse during the campaign for women’s suffrage; and the East End and postcolonial memory. I would welcome enquiries from potential doctoral students interested in nineteenth and twentieth-century literatures of London, religion, gender and place in nineteenth century culture.

Public engagement has a key role in my work as an academic. I hugely enjoy developing new ways to open up my research to broader audiences through public talks, collaborations and new media.

I have developed a successful series of public walking tours, based on my research on Victorian literary texts. These include Shoreditch through the eyes of urban realist novelist Arthur Morrison, Jewish life in Whitechapel, a night walk in Soho, Jewish and Asian encounters in the pre-war East End, Victorian Ratcliffe. In 2016 I collaborated with the Migration Museum Project to produce ‘Migrant Literature Walks’ exploring different London neighbourhoods through the eyes of migrant writers.

In a collaborative project with the Jewish Museum and Soda Ltd, I curated material and wrote content for an innovative mobile app, ‘Zangwill’s Spitalfields’ -- a free downloadable walking guide to Spitalfields in the 1890s using Israel Zangwill’s groundbreaking 1892 novel of immigrant life, Children of the Ghetto and a range of visual, aural and textual sources. You can download it from the App Store or Google Play or explore the website version here.

I also wrote ‘I am Human’, a walking tour of the London Hospital in Whitechapel, a dramatic  the stories of Joseph Merrick and the medical and nursing staff of the hospital in the Victorian period. You can download it here.

With funding from the British Academy I worked with composer Sarha Moore and audio producer Natalie Steed to create two immersive audiowalks set in iconic East End streets, Ratcliffe Highway and Whitechapel Road in the Victorian period. I have also collaborated with the projection artist Karen Crosby on The Last of The London, using photographs from the archives of the Royal London Hospital projected onto the hospital’s eighteenth-century building in Whitechapel. You can read about it here.

In 2017 I worked with musicians, singers and historian Dr Vivi Lachs to produce the Great Yiddish Parade, a re-enactment of an 1889 march in Whitechapel protesting about working conditions. We used Yiddish song and oratory from the period to recreate the atmosphere of activism in the Victorian East End. You can read about it here. In 2018, we ran workshops in seven east London schools for Year 7 students, reflecting on the history of protest in the East End, learning a local Yiddish protest song and designing banners, chants and speeches for a march. This is a short film about their parade in Whitechapel.

I regularly give talks on my research in museums and arts centres, including the Museum of London-Docklands, Museum of Liverpool, East End Women’s Museum, Jewish Museum, Bishopsgate Institute, Battersea Arts Centre, Rich Mix, Bethnal Green and Calvert 22 Gallery, Shoreditch. I performed a 9 minute stand-up routine on Victorians at London Zoo as part of ‘London Showoff’ in Shoreditch. I also enjoy speaking about my work to community groups, most recently at the Holocaust Survivors’ Centre, Hendon, the Arbour community centre, Mile End, the Jewish Historical Society of England, the Boundary Estate Fun Palace, Shoreditch and the Swadhinata Trust, Spitalfields.

I have appeared on Radio 4’s Making History, Radio 3’s Free Thinking, Radio London’s Robert Elms Show and BBC1’s The One Show discussing the history and culture of the East End. I am an occasional contributor to the celebrated East End blog Spitalfields Life.