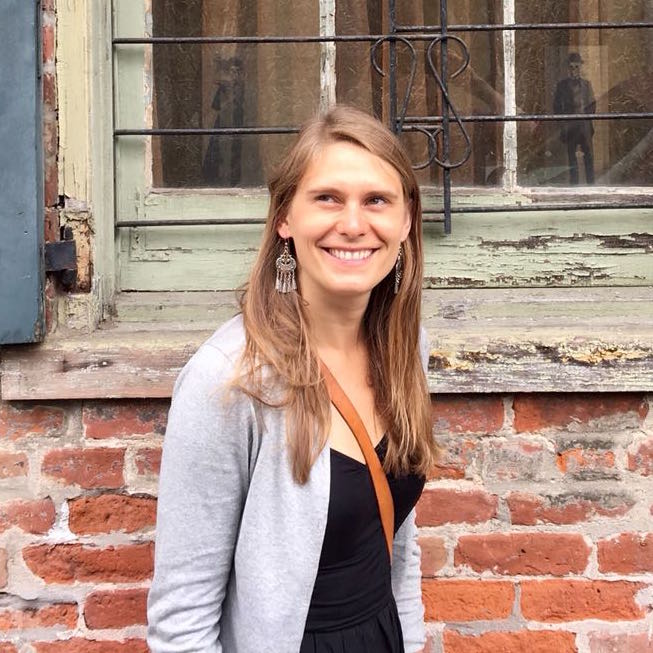 I come from Finland and grew up in a bilingual Swedish and Finnish speaking family. After moving around Europe throughout my childhood, I came to the UK to study English and History at the University of York, where I stayed to complete a Masters in Cultures of Empire, Resistance and Postcoloniality. After my MA I moved to Oxford to pursue a PhD in contemporary partition writing from South Asia and the Middle East.

I finished my PhD in 2013 and took up a temporary lectureship at Queen Mary. In 2014 I won a British Academy Postdoctoral Research Fellowship at the University of Birmingham. I finished my postdoc on protest and violence in global graphic narratives in 2017, and am now working on how different forms of graphic  storytelling - comics, graphic novels and street art - are used by and to represent social movements.

I have two on-going research projects, both stemming from my interest in literary form, conflict and protest. The first is a book, Bordering the World in Contemporary Post-Partition Literature, that I am currently completing out of my doctoral research on partition writing from India, Pakistan, Israel and Palestine. My second project stems from my British Academy funded postdoc on the graphic narrative as a global literary form. As part of this research I have written on comics collectives in Israel and South Africa, graphic narrative traditions in India, the rise of the graphic human rights narrative, and comics as a form of protest writing. I am also preparing a book on how graphic narratives are used both by and against the state. I am particularly interested in graphic narratives on/from the Arab Spring, women’s and LGBTI rights movements in South Asia and beyond, Black Lives Matter and the recent refugee crisis.

In September 2018, I started a British Academy Sustainable Development project, Visualising Gender-Based Violence in Graphic Awareness Campaigns in Nepal. My collaborator, Dr. Barbara Grossman-Thompson (California State University Long Beach), and I are looking at how comics and street art are used to combat domestic abuse, street harassment, trafficking and menstruation-based discrimination in Nepal. Among other outputs, we are working with arts collectives and NGOs to run a series of workshops with local schools to improve the use of arts in messaging strategies."