My work focuses on modern literature, media, and reading practices. Originally from Texas, I joined Queen Mary in 2010 after teaching in Leeds and Philadelphia for a number of years and completing my doctorate at Harvard. My books include The Novelty of Newspapers: Victorian Fiction after the Invention of the News (Oxford, 2009) and The Untold Story of the Talking Book (Harvard University Press, 2016). Other books that I have edited or co-edited include Audiobooks, Literature, and Sound Studies (Routledge, 2011), Secret Commissions: An Anthology of Victorian Investigative Journalism (Broadview, 2012), and Further Reading (Oxford, 2020).

My research interests include modern literature, media, and reading practices. My first book, The Novelty of Newspapers: Victorian Fiction after the Invention of the News (Oxford, 2009), was awarded the European Society for the Study of English Book Award for Junior Scholars. This was followed by Secret Commissions: An Anthology of Victorian Investigative Journalism (Broadview, 2012), which documents how unsparing descriptions of poverty and social injustice became a regular feature of English journalism. Guardian journalist Nick Davies described it as ‘a book full of amazing stuff—Victorian in its facts, but contemporary in its themes’.

My subsequent work continues to explore the relationship between literature and new media. Audiobooks, Literature, and Sound Studies (Routledge, 2011) was the first essay collection to address the significance of recorded literature by authors ranging from Charles Dickens to Toni Morrison and Barack Obama. The Untold Story of the Talking Book (Harvard University Press, 2016) received a Certificate of Merit in the 2017 Association for Recorded Sound Collections Award for Excellence.

My latest book is Further Reading (Oxford, 2020), a collection of more than thirty essays on the status of reading in the twenty-first century.

You can find out more about my research on my blog ‘Audiobook History’ and social media such as Twitter (@mattrubery). 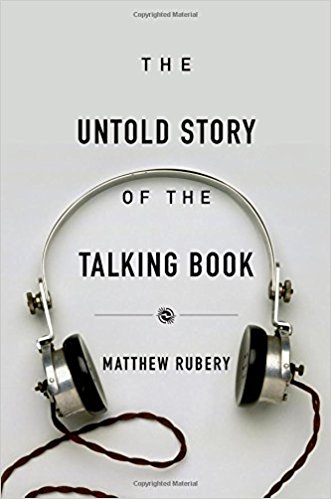 The Untold Story of the Talking Book (Harvard University Press, 2016)

The Novelty of Newspapers: Victorian Fiction after the Invention of the News (Oxford University Press, 2009)

‘Margins of Print: Ephemera, Print Culture, and Lost Histories of the Newspaper’, Introduction (with H.G. Cocks) to special issue of Media History 18.1 (2012): 1-5