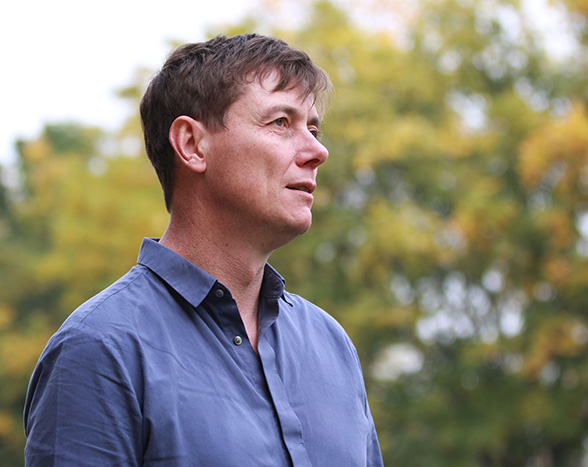 I studied in Canada and the United States, and moved to the UK after completing my PhD in the Interdisciplinary Program in Theatre and Drama at Northwestern University under the supervision of Prof. Tracy C. Davis.  In between my MA and PhD, I trained as a dramaturg with Necessary Angel Theatre Company in Canada, and subsequently worked in new play development in professional theatres and universities in the United Kingdom, the United States, and Canada. I joined Queen Mary’s Drama Department in 2006, having previously worked at the University of Birmingham and Queen’s University Belfast.

My research investigates the relationship between performance, place and economics.  As this suggests, my work is interdisciplinary and materialist, moving beyond theatre and performance studies to engage issues and ideas emerging from fields such as political economy, urban studies and cultural history.

My interest in the cultural economics of urban performance is reflected in my monograph, City Stages: Theatre and Urban Space in a Global City (University of Toronto Press), which was awarded the Ann Saddlemyer Award for Outstanding Book by the Canadian Association for Theatre Research. City Stages argues that, over the past four decades, theatre in Toronto has been increasingly implicated in the civic self-fashioning of the city and preoccupied with Toronto’s changing urban political economy. It considers how theatre has been used to justify certain forms of urban development, how property markets have influenced the ways in which theatre companies acquire and use performance space and how the analysis of theatre as an urban phenomenon complicates dominant forms of Canadian theatre historiography. My edited collection, Space and the Geographies of Theatre (Playwrights Canada Press), brings together historical scholarship addressing the spatiality of English-language theatre in Canada.

More recently, I have considered what the places of performance might tell us not only about the spatiality of performance itself, but about broader issues of politics and economics (and theatre’s complex relationship to them). I am currently working on a monograph about performance and the cultural politics of place for Cambridge University Press. This book explores concerns as diverse as performance districts and theatrical productivity in the United Kingdom, site-specific performances and citizenship in Ireland, and theatre and securitisation on the US-Canada border.  Other work in progress includes articles about the cultural history of the modern theatre as an institution and the 2012 Olympics in London as political economic spectacle.

‘Performing Like a City: London’s South Bank and the Cultural Politics of Urban Governance’, in Performance and the Politics of Space: Theatre and Topology, ed. Erika Fischer-Lichte and Benjamin Wischutz (Abingdon: Routledge, 2013), pp. 66-80

‘The State of this Place: Convictions, the Courthouse, and the Political Geography of Performance in Belfast’, in Modern Drama, 46.4 (2003), 580-97 [Special issue, Space and the Geographies of the Theatre]

I welcome enquiries from potential doctoral students interested in any of the areas of my research.

I have supervised a range of PhD projects, investigating topics such as performance and social housing, the labour politics of performance workshops, and the performativity of political economy.