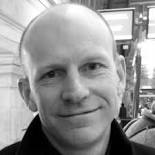 After undergraduate studies at the University of Sydney, Australia, I completed a PhD at the University of Cambridge. My doctoral work, on forged documents and their reception in fifteenth-century England, formed the basis of The Making of Medieval Forgeries (British Library and University of Toronto Press, 2004). I was a Junior Research Fellow at Trinity College, Cambridge, and subsequently a lecturer at the University of Leeds from 2002 until 2009, when I joined the Department of English at Queen Mary.

My research is primarily on medieval textual cultures, with a particular emphasis on spatial representation. My interest in the representation and cultural significance of the antipodes in European thought from classical antiquity to the discovery of the New World led to Terra Incognita: Mapping the Antipodes before 1600 (British Library and University of Chicago Press, 2008). Subsequent work on the medieval reception of classical geography resulted in Dislocations: Maps, Classical Tradition, and Spatial Play in the European Middle Ages (Pontifical Institute of Mediaeval Studies, 2020). Ongoing projects include the comparative study of medieval Arabic-Islamic and Latin-European geography, a direction in my research that has its roots in a Leverhulme Trust international network (organised at Queen Mary with Profs Jerry Brotton and Yossef Rapoport), which resulted in the collaborative volume Cartography between Christian Europe and the Arabic-Islamic World, 1100-1500 (Brill, 2021).

While I now work mainly on maps and geography, I continue to be interested in medieval forgeries and their reception in the Middle Ages and thereafter. I have written articles on historical writing, genre in Middle English literature, the reception of medieval forgeries within the 'Republic of Letters' of the late seventeenth and early eighteenth centuries, and the role of maps in understanding (and misunderstanding) Beowulf.

At Queen Mary I am a member of the Centre for Renaissance and Early Modern Studies (CREMS).