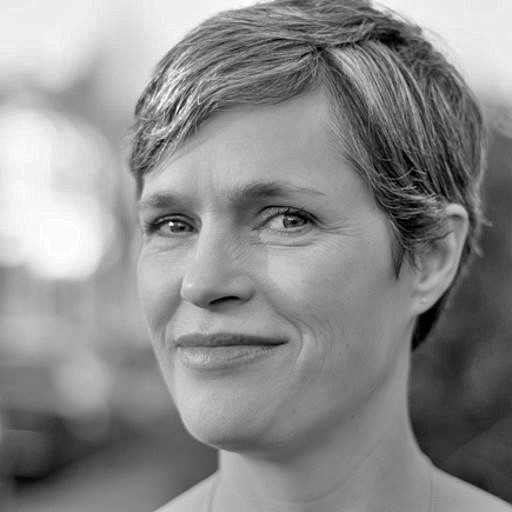 Professor of Contemporary Theatre and Performance

I come from Toronto and did my BA and MA in Drama in Canada, at McGill University in Montreal and the University of Guelph respectively. I did my PhD in Drama at the University of Glasgow. My research focus on the cultural politics of performance and art have been shaped by these background contexts, and particularly by my early research in postcolonialisms, feminisms, and cultural materialism. I have been based in London since 1994, when I first worked at Queen Mary, and I have been back at QMUL since 2004. I was Head of Drama from 2005-07 and Acting Head in 2010 and 2012. I am Director of Research in the School of English and Drama.

With QMUL Drama's Professor Lois Weaver I have co-edited and co-written a book on her long and wonderful performance career entitled The Only Way Home Is Through the Show: Performance Work of Lois Weaver. The book has been published in autumn 2015 in the series Intellect Live co-produced by Intellect and the Live Art Development Agency, with launches at the Abrons Arts Centre in New York, and at the Chelsea Theatre and QMUL in London. A taste of this collaboration can be had in the interview I did with Lois, ‘Beg, Borrow or Steal: Lois Weaver in Conversation with Jen Harvie’, in Theatre and Adaptation: Return, Rewrite, Repeat, edited by Margherita Laera (Bloomsbury, 2014). In February 2013, Lois and I worked on Suzanne Lacy’s Silver Action in the Tanks at London’s Tate Modern as directors of conversation at the table of major feminist activists.

My most recent solo-authored monograph is Fair Play – Art, Performance and Neoliberalism, published by Palgrave Macmillan in August 2013. Fair Play examines participation in contemporary art and performance to explore how its quality is affected by its relationships to work, cultural policy, urban space, and capital. The book asks what effects this participation has in contemporary culture, in particular whether it enhances democracy or contributes to neoliberal capitalism. Some of the research on arts funding in this book was supported by a grant from the London Centre for Arts and Cultural Exchange (now The Culture Capital Exchange). I discuss this book in more detail on our Drama Staff Research: Video Interviews page and a 2015 podcast on New Books in Critical Theory. I follow up some of the material on arts funding in Fair Play in a 2015 article in Cultural Trends (24:1), ‘Funding, Philanthropy, Structural Inequality and Decline in England’s Theatre Ecology’.

My next major project on women, feminism, theatre and performance in the UK in the age of austerity draws on concerns from Fair Play and the feminist focus of The Only Way Home Is Through the Show.

In 2014, I published the co-authored, revised and illustrated second edition of The Routledge Companion to Theatre and Performance (first published 2006, co-author Paul Allain, University of Kent). The Companion examines significant events, people, companies, practices and ideas which have shaped performance in the 20th and 21st centuries. A Romanian translation was published in 2012. Significant elements of this text appear on the Routledge Performance Archive website.

With Dr Keren Zaiontz I co-edited a special issue of Contemporary Theatre Review on ‘The Cultural Politics of London 2012’ (23.4; 2013). The issue examines the impact of a broad range of artistic, activist and other practices produced for the 2012 Olympics, Paralympics and Cultural Olympiad. It includes an article by me which interrogates the regeneration legacy promised to East London.

With Professor Dan Rebellato (Royal Holloway, University of London), I co-edit Palgrave Macmillan’s large series of small books Theatre &, for which I wrote Theatre & the City (2009; forthcoming in translation in Arabic; available in translation in Farsi). The series aims to create a new form which makes accessible complex ideas and debates through original critical interventions. The series includes over thirty books by autumn 2015, with more forthcoming. With Dan, I also co-edited Contemporary Theatre Review’s special issue on ‘Globalisation and Theatre’ (16.1, 2006).

My first monograph Staging the UK (Manchester UP, 2005) examines important performance in the UK from the mid-1980s into the 21st century in relation to national and supranational identities, globalisation, diaspora, New Labour, devolution, and European unification.

With Andy Lavender (University of Surrey), I co-edited Making Contemporary Theatre: International Rehearsal Processes (Manchester UP, 2010). I am an Editorial Associate of Contemporary Theatre Review, on the Editorial Advisory Board of Performance Matters, a member of the AHRC’s Peer Review College (Academic, International & Knowledge Exchange) and a Trustee of artist Bobby Baker’s company Daily Life Ltd. In April 2013, I spoke on ‘The Pleasures, Perils and Future of Immersive Theatre’ in Untitled Projects’ The Salon Project at London’s Barbican in the SPILL Festival of Performance. I have formerly been an associate editor of Theatre Journal and Contemporary Theatre Review (for which I was also Book Review Editor) and a co-chair of London-based multimedia theatre company Lightwork. I was a co-organiser of PSi #12: Performing Rights at QMUL in 2006. I have chaired arts discussions at Tate Modern (2014) and the Royal Academy of Arts (2015).

with Keren Zaiontz, co-eds, special issue of Contemporary Theatre Review on ‘The Cultural Politics of London 2012’, 23:4 (2013)

with Paul Allain, The Routledge Companion to Theatre and Performance (New York: Routledge, 2006)

‘Being Her: Presence, Absence, and Performance in the Art of Janet Cardiff and Tracey Emin’, inAutobiography and Identity: Women, Theatre and Performance, ed. M. B. Gale and V. Gardner (Manchester: Manchester UP, 2004), pp. 194-216

You can see a list of some of my media and public appearances here.

I have contributed to a variety of projects: