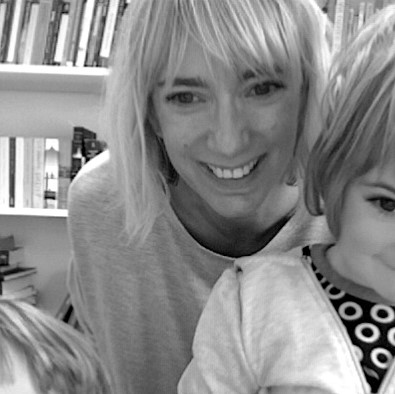 I grew up in Bristol, and completed my PhD at the University of Manchester before joining the Department of English at Queen Mary in 2002 to teach postcolonial literature and theory. I have a background in linguistics and cultural history as well as literary study, and my research continues to draw these fields into conversation with one another. I am particularly interested in how questions of language, translation, and linguistic encounter are mediated by literary and other texts, in colonial, postcolonial, and global contexts – from eighteenth- and nineteenth-century South Africa, to contemporary multilingual Britain.

As well as my own scholarship and collaborative editing projects, I am the co-editor of the Journal of Commonwealth Literature, and serve on the editorial board of Wasafiri: Journal of International Contemporary Writing, and Bloomsbury’s New Horizons in Contemporary Writing series. For three years I ran a project, Reading/Writing Multilingualism, working with local secondary school pupils in Queen Mary’s home borough, Tower Hamlets. In connection with that project I’ve published on the relationship between multilingualism and literature teaching, and developed a range of online resources for English teachers to use in the classroom.

My research spans the nineteenth, twentieth, and twenty-first centuries, and focuses in particular on the relationship between language politics, cultural history, and literary form in colonial and postcolonial contexts. My first book, Grammars of Colonialism (2006), was a study of the complex relation between colonialism and linguistic thought in South Africa – and, by extension, across the former colonial world – focused upon nineteenth-century European representations of the Bantu languages Xhosa and Zulu. There, among other things, I trace the relationship between linguistic texts as models for the exercise of various kinds of power (colonial, scientific, religious) and as records of and frameworks for interpersonal communication between a learner and speakers of the language in question. A significant aspect of my work continues to address the question of how language and linguistic encounter is represented and mediated, not only in linguistic texts like dictionaries and grammars, but also in novels and poetry, visual and performance art, TV and radio.

As time has gone on, I have also come to focus more closely on the literature and cultural politics of postwar and contemporary Britain. With Bill Schwarz, I co-edited End of Empire and the English Novel since 1945 (2011, paperback 2015), which explores the afterlives of empire in English literature and culture. For that book, I wrote a chapter about imperialism’s presence/absence in the novels of William Golding; and I continue to be interested in literature in Britain in the period of decolonization, from the 1950s to the 1980s, including the intersections between black British literature and other kinds of radical, particularly working-class writing.

My most recent book, Bad English [insert link https://manchesteruniversitypress.co.uk/9781526108845/] (Manchester University Press, 2020), draws together several of these strands of research. It examines the denaturalization of “English” in contemporary literature in Britain, and traces the emergence of a field of writing concerned at its core with the representation of the sounds, properties, histories, and experiences of linguistic difference, in a period in which Britain’s linguistic terrain has been radically reshaped by immigration, devolution, rapid social change, globalised culture and transnational connection. Exploring the work of such writers as Daljit Nagra, Xiaolu Guo, Brian Chikwava, Leila Aboulela, Suhayl Saadi, Raman Mundair, James Kelman and Tom Leonard among others, I consider how their writing raises and confronts ideas about language at scales from the intimate, subjective, and local, to the national, transnational, and global. In my current research, I’m pursuing two strands of thinking which emerge out of this book project: one around language diversity and poetic voice, and the other around the relationship between language and asylum.

With Tamar Steinitz (Goldsmith’s) I also recently edited Multilingual Currents in Literature, Translation and Culture (Routledge, 2018, paperback 2020), which explores analogous terrain in a global context, addressing the relationship between language diversity and conceptions of literary language, form, and markets. This interdisciplinary book, with contributors from around the world, draws together various strands of literary scholarship with translation theory and applied linguistics; aiming to establish literary paradigms which equip us to understand the complex forces that shape language in the present as they impact upon the production and circulation of literature.

I warmly welcome enquiries from potential doctoral students interested in any of the areas of my research.​ PhD projects I am currently supervising or have recently supervised include: