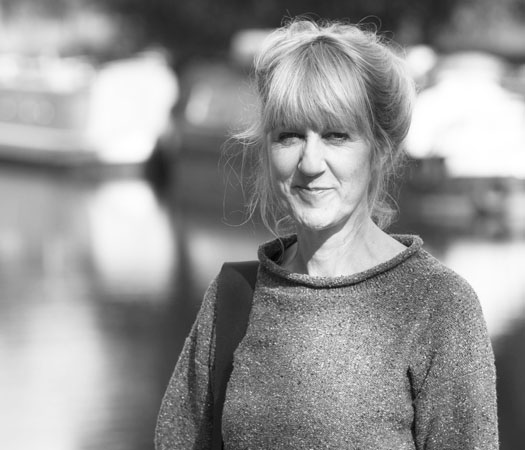 Professor of Theatre and Performance

I came to QMUL’s Department of Drama in 2005, after a first academic post at the Workshop Theatre, School of English, University of Leeds; I undertook my MA and PhD at Leeds too. Before that, the first ten years of my career were spent in the secondary education sector. I’d taken an undergraduate degree in English Literature at the University of Cambridge, and a PGCE in English and Drama there, then worked teaching English and Drama in state secondary schools, creating and running workshops for an educational theatre company, and teaching Drama at a Further Education college. Leaving full-time teaching for PhD study gave me the opportunity to research through practice. During and since that time I’ve worked as an actor, director and dramaturg in the UK and USA. My early years as a school teacher gave me a passion for pedagogy: questions of how people learn continue to feed my teaching practice and the training and education we offer new teachers in the Department of Drama.

My PhD explored the relationship between performer and audience in Shakespeare production and I’ve been interested in how theatre can address and include audiences ever since. More recently, my research has turned to histories of emotions and the arts and mental health; I’ve published on the depiction of ‘mad’ figures in early modern drama, and how contemporary theatrical culture deals with those depictions. I regularly attend the Edinburgh Festival to see performances related to mental health and have written about them in Performance Research and The Lancet: Psychiatry. I also have a research interest in histories of theatre costume (and a personal interest in fashion!).

My current academic administrative role is Director of Student Support in the Department of Drama and I am a Mental Health First Aider for the School of English and Drama.

I am series co-editor for:

I’ve taught on a wide range of seminar-based and practical theatre modules in the Department of Drama, including theatre history and theatre costume classes, and a long-running practice-based module exploring the depictions of mental health across theatre history. I currently co-convene and teach on QMUL’s MSc in Creative Arts and Mental Health, a collaboration between Drama and the Centre for Psychiatry, Wolfson Institute of Preventive Medicine.

My approach to teaching is practical and collaborative: as well as making theatre with students to explore questions of the cultural politics of mental health and the performance of the past, I use theatre practice to access historiography and cultural theory. Every year I learn from my students and from the new university teachers we train in the Department of Drama.

My main research interests are:

Performance and Mental Health, and the History of Emotions.

My research interests in the representation of mental health and illness in performance, and in histories of emotion, have emerged from research for the monograph Emotional Excess on the Shakespearean Stage (see publications below) and from collaboration on the MSc Creative Arts and Mental Health with the Centre for Psychiatry (see my Teaching link). I have published on the history of emotions and on mental health related performance at the Edinburgh Fringe in the Lancet: Psychiatry and in Theatre Research International. I have recently co-created a practice-based research project about laughter and power in early modern English and Italian theatre with Dr Maria Turri of the Centre for Psychiatry, funded by the School of English and Drama’s Strategic Research Fund. This has involved an ‘Action Research’ event at Shakespeare’s Globe and a successful joint-authored book with Routledge, research for which is currently in progress (see my Publications link).

My ongoing research in these areas explores how stigma and stereotype can be deliberately challenged and unintentionally reiterated, through theatre writing, scenography, and the relationship between performer and audience.

I have an ongoing research interest in the meanings produced by clothes on stage and in cultural more broadly. My monograph Shakespeare and Costume in Practice will be published in 2020 (see my Publications link).

Other recent conference contributions have included

I would welcome enquiries from potential doctoral students interested in any of the areas of my research. Recent and current doctoral projects supervised have included research into autobiographical performance and mental health, and a wide range of projects exploring Shakespeare and early modern drama in recent performance.

My research in early modern drama in performance has been disseminated beyond the academy in my work as dramaturgical advisor and programme-essay writer for the Royal Shakespeare Company, Shakespeare’s Globe, Manchester Royal Exchange, and the West Yorkshire Playhouse (now Leeds Playhouse). I am a regular contributor at public talks and study days at Shakespeare’s Globe. I have worked with young actors in three Brazilian cities as part of People’s Palace Projects’ ‘Forum Shakespeare’, as explored in The Guardian online: ‘Does Shakespeare Work Better Outside Britain?’, Guardian.

The annual conference ‘Mad Hearts: Arts and Mental Health’ (see Talks, Keynotes and Conference Contributions above) continues to attract artists, health service users, and those who identify as both, to dialogue with academics and clinicians in the fields of arts and mental health.