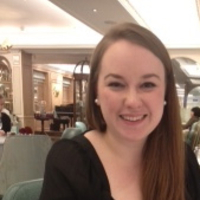 My research has foundations in the gallery, the archive and periodical press. Many of my publications explore intersections between Victorian literature and visual culture, with particular interests in technologies of replication and discourses about artistry and authenticity in art, especially textual representations of sculpture and sculpting machines. My research also focuses on book history and the Victorian periodical press. I have published on literary lectures and the rise of English studies, as well as the role of the nineteenth-century press in encouraging the global circulation of literature and scholarly practice, with particular interests in the colonial consumption of literature through Victorian literary societies.

My research focuses on the intersections of literary, visual and reading cultures of the long nineteenth century. I am completing a book on ‘Reading Victorian Sculpture’ which examines the relationship between sculpture, literature and the idea of authenticity from the acquisition of the first of the Parthenon Marbles in 1801 to Queen Victoria's death a century later. The book argues that nineteenth-century sculpture and the literature it inspired (by Elizabeth Barrett-Browning, Robert Browning, George Eliot, Edmund Gosse, George Gissing, Thomas Hardy, Henry James, Vernon Lee and D.G. Rossetti) functioned to reframe conceptions of authenticity, powerfully shaping ideas about originality, forgery and replication. It shows how anxiety surrounding sculpture’s increasingly mechanised reproduction was an essential facet of Victorian modernity which pre-dated twentieth-century theories about art and mechanical reproduction. I have published on this topic in Sculptures,19: Interdisciplinary Studies in the Long Nineteenth Century, and the Journal of Australasian Victorian Studies, and given invited papers at Birkbeck’s Nineteenth-Century Forum and The Oxford Research Centre in the Humanities. I was also the invited editor of the ‘Victorian Sculpture’ issue of 19: Interdisciplinary Studies in the Long Nineteenth Century, described by Victorian sculpture expert Prof. David Getsy (School of the Art Institute of Chicago) as ‘help[ing] to advance the ways in which Victorian sculpture studies seeks to redefine itself in the 21st century.’

My second research project examines the contribution of literary societies to the rise of English studies through the global circulation of literary texts, pedagogies and reading practices in the late nineteenth century. My research shows how nineteenth-century literary societies devoted to Wordsworth, Shelley, Browning, the Brontës, and Dickens became agents for disseminating ground-breaking reading practices, spreading debate about curricula, relevance, and the public benefit of studying vernacular literature over the English-speaking world from the UK to Europe, India, Australia, New Zealand, Canada and America. In offering a parallel history to the well-documented institutional account of the evolution of English studies, the project will demonstrate how the activities of amateur literary societies were intertwined with the development of formal disciplines, as they were evolving both within nineteenth-century universities and in the popular imagination. The project will explore the extent to which these informal global literary networks left legacies that continue to influence the reading and studying of English literature globally today. I was invited to present this work at the Cardiff’s Centre for Editorial and Intertextual Research and have published research on this topic in Modern Language Quarterly, and in Mapping Fields of Study: The Cultural and Institutional Space of English Studies (University of Nancy Press) and Nineteenth Century Literature in Transition: The 1880s (Cambridge University Press).

‘Sculpture in the Age of Mechanical Reproduction: James Watt, Technologies of Replication and Anxieties of Authenticity in the Long Nineteenth Century’, Sculptures 8 (2021): 17-29.

‘“The Newest Culte”: Victorian Poetry and the Literary Societies of the 1880s’, in Nineteenth Century Literature in Transition: The 1880s, ed. Penny Fielding and Andrew Taylor (Cambridge: Cambridge University Press, 2019), 53-79.

‘“All the senses would melt into one”: Theodore Watts-Dunton’s Aylwin and the Decadent Pleasures of the Roman à Clef’, Decadence and the Senses, ed. Jane Desmarais and Alice Condé (Oxford: Legenda, 2017), 83-100.

‘Sculpture in the Age of Mechanical Reproduction: James Watt, Technologies of Replication and Anxieties of Authenticity in the Long Nineteenth Century’, Sculptures 8 (2021): 17-29.

‘“I am Plain Morris”: Reimagining the Everyday William Morris in H.D.’s White Rose and the Red’, in William Morris and the Art of Everyday Life, ed. Wendy Parkins (Newcastle: Cambridge Scholars Press, 2010), 155-74.

I warmly welcome enquiries from potential doctoral students interested in any of the areas of my research.

I have a keen interest in digital humanities projects that develop freely available online resources, and have contributed to several. The Edinburgh Review in the Jeffrey Years (1802-1829) is a website developed by Will Christie (Australian National University) and myself which provides open access to transcripts of editorial letters, a collaborative Edinburgh Review encyclopaedia and interactive timelines and geotagging, all accessible at http://edinburghreview.net.au/.

I also worked on a database of Victorian Special Correspondents with Cathy Waters (University of Kent), providing information on the first generation of special correspondents and special artists working in Britain during the second half of the nineteenth century. The database is freely accessible at https://research.kent.ac.uk/victorianspecialsdatabase/#.

I have presented the following public lectures in Australia and the UK, and welcome future opportunities to speak.