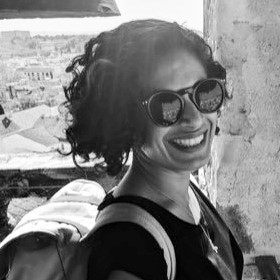 And on the postgraduate module:

My Leverhulme-funded project, ‘Iraq Re-Imagined: Representations of Home in Diasporic Iraqi Literature’ analyses Iraqi texts written by authors outside of Iraq as a distinct body of writing, united by shared experiences of loss and distance from one homeland, but also by the acquisition of new homes and hybrid identities.

Most recently, I have co-edited a special issue of the journal Wasafiri with Rehana Ahmed (QMUL). Titled House of Wisdom (2021), it draws on the mythologies surrounding Baghdad’s famed medieval library to consider cultures of the book, textuality and script[ure] in Islamicate societies around the globe. With Lindsey Moore (Lancaster), I am working on a book that explores key themes in contemporary Arab writing (forthcoming, Routledge Global Literature: Twenty-First Century Perspectives).

My first monograph, World War I in Mesopotamia: The British and the Ottomans in Iraq (IB Tauris, 2016) explores how ideologies of race and empire shaped the ways in which British travellers, archaeologists, servicemen and women from different classes and professional backgrounds interacted with and represented the region now known as Iraq, in the early twentieth-century. I have worked extensively on the life writing of women who served in the Middle East during the First World War. Most, but by no means all, were serving in a medical capacity. My interest in British travellers to Iraq in in the early twentieth century led me to investigate Agatha Christie’s time in Iraq. These interests come together in a co-edited volume Popular Postcolonialisms: Discourses of Empire and Popular Culture (Routledge, 2019), as well as a new chapter to appear in a the recently-published Bloomsbury Handbook to Agatha Christie (2022).