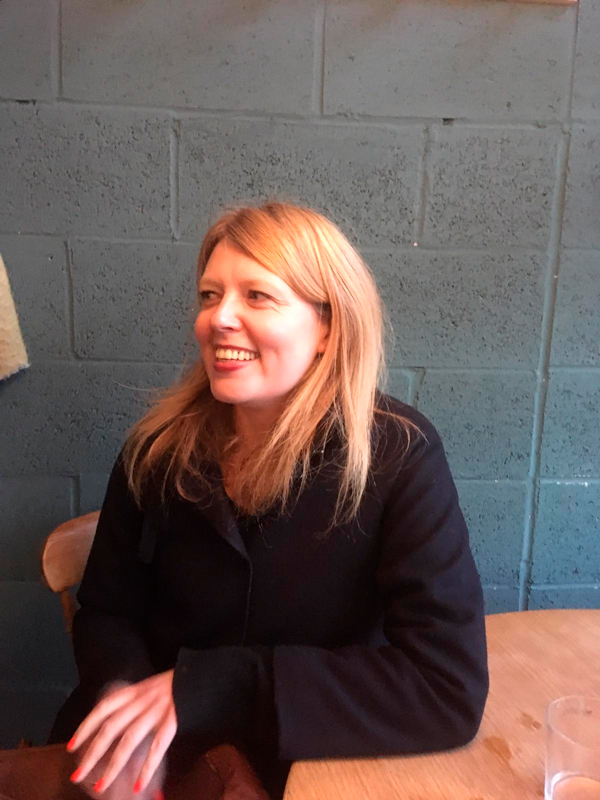 Senior Lecturer in English, Fellow at the Institute for Humanities and Social Sciences

I write literary non-fiction, and my research is in the areas of sexuality, feminism, gender, psychoanalysis, and psychiatry. My first book, Unmastered: A Book on Desire, Most Difficult to Tell was published in 2012 by Penguin/Allen Lane. Daddy Issues was published in 2019 by Peninsula Press, and Tomorrow Sex Will Be Good Again: Women and Desire in the Age of Consent in 2021 by Verso. Tomorrow Sex Will Be Good Again has been described as ‘rousing’, ‘elegant’, ‘incisive’, ‘ingenious’, and ‘ecstatic’ (Boston Review); praised for its ‘jargon-free prose and nuanced readings of popular culture and postmodern theory’, and described as a ‘lively and incisive inquiry into the sexual dynamics of the #MeToo era’ (Publishers Weekly). The Evening Standard called it ‘one of the most important books you’ll read all year’; The New Internationalist wrote that the book ‘should be required reading’, and Stylist described it as ‘one of the smartest, most nuanced and thought-provoking books in the post-Me Too era’.

My work has been translated into ten languages, received international coverage, and been the subject of scholarship. I have also written for the Guardian, The White Review, Granta, Aeon, Frieze, and Los Angeles Review of Books.

My first degree was in Philosophy at Cambridge University. I spent a year on a JH Choate Fellowship at Harvard University after that, and then did an MPhil and a PhD in the History and Philosophy of Science Department at Cambridge University. My PhD, supervised by the late John Forrester and Peter Lipton, was on the impact of the ‘Freud wars’ and the shifts in American psychiatry in the post-war period on contemporary debates about symptom causation. Subsequently, I held a Wellcome Trust Postdoctoral Fellowship at the Centre for the History of Medicine at the University of Warwick, and a Leverhulme Trust Postdoctoral Fellowship at Queen Mary’s History Department, developing my research on ‘female sexual dysfunction’ in the Diagnostic and Statistical Manual of the American Psychiatric Association. My research has been published in History of the Human Sciences, Studies in Gender and Sexuality, and Current Opinion in Psychiatry.

I am psychoanalytic training at the Site for Contemporary Psychoanalysis.

I regularly speak about and read from my work at seminars, conference, cultural venues, festivals, and broadcast media and podcasts in the UK and abroad.

Tomorrow Sex Will Be Good Again, my most recent book, examined sexual consent as well as theories of sexual desire and arousal, elaborating a critique of consent that takes seriously both sexual violence and the challenges of knowing and expressing sexual desire. Daddy Issues was an essay on the absence of fathers within contemporary discourse about patriarchy and MeToo. And Unmastered: A Book on Desire, Most Difficult to Tell was an exploration of the texture of sexual desire that sought to ask whether it is possible – conceptually and formally – to step outside over-determined discourses around power and femininity.

Tomorrow Sex Will Be Good Again: Women and Desire in the Age of Consent (Verso, 2021)

Unmastered: A Book on Desire, Most Difficult to Tell (Penguin, 2012)

(co-edited and written with Edgar Jones and Michael Neve): European Psychiatry on the Eve of War: Aubrey Lewis, the Maudsley Hospital and the Rockefeller Foundation in the 1930s (London: Wellcome Trust Centre for the History of Medicine, 2003),

‘Sex—and Everything Else’, Los Angeles Review of Books (March 2021)

‘Our home is mortal too: On Stromae and the Royal Museum for Central Africa in Belgium’, Granta Magazine, 149, November 2019

‘Susanna Moore’s In The Cut: an essay on violence against women in film’, The White Review 29, November 2019

‘The False Self’, in On Balance, edited by Charlotte Shane (TigerBee Press, 2016)

‘Commentary on Spurgas’s “Interest, Arousal, and Shifting Diagnoses of Female Sexual Dysfunction’, in Studies in Gender and Sexuality, 2014, 14(3)

Papering Over the Cracks: on Monk’s House in Sussex and the Neues Museum in Berlin’, Aeon Magazine (2013)

I regularly speak about, and read from, my work in cultural venues, festivals, broadcast media, and podcasts in the UK and abroad. Some recent (and forthcoming) examples include:

How the Light Gets in Festival (Hay-on-Wye)

I have collaborated with the Blackburn Company on a live art reading of my first, in a performance called Unmastered Remastered, at Nottingham Contemporary and Glasgow Centre for Contemporary Arts, and Vogue Fabrics amongst other venues.