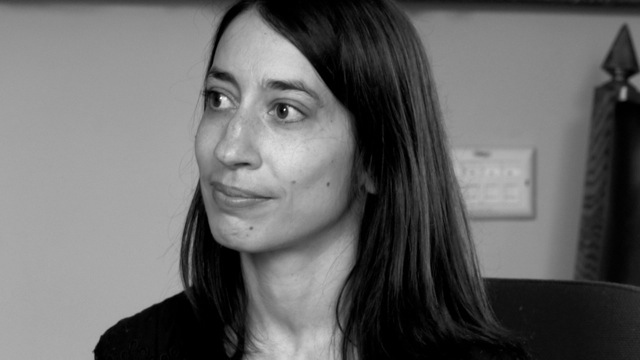 Of Pakistani, Scottish and English heritage, I grew up in Cambridge where I attended a comprehensive school before completing a BA in Modern Languages (French and Italian) at the University of Oxford and a Masters in Modern European Literature at the University of Sussex. After working in the publishing industry for several years, I returned to academia to undertake a fully funded doctorate on British Asian and South Asian fiction at Nottingham Trent University. I then worked as Research Associate on the three-year AHRC-funded project ‘Making Britain: South Asian Visions of Home and Abroad, 1870-1950’, based at The Open University (2007–10). From 2011, I lectured at Teesside University, before joining Queen Mary in 2014.

I am an associate editor of the magazine of international contemporary writing Wasafiri and, from January 2021, co-editor of The Journal of Commonwealth Literature.

My monograph Writing British Muslims: Religion, Class and Multiculturalism (Manchester University Press, 2015, pbk 2017), supported by an Arts and Humanities Research Council Fellowship, examines contemporary literary representations of Muslims by British writers of South Asian Muslim descent to explore the contribution they make to urgent questions about multicultural politics. Taking a materialist approach that centres on class, the book seeks to complicate and challenge the dichotomy of secular freedom versus religious oppression that frequently constrains thinking about British Muslims, as well as to reframe freedom of speech controversies involving Muslims.

This interdisciplinary work builds on a range of journal articles and book chapters. A related collection of essays, Culture, Diaspora, and Modernity in Muslim Writing (co-edited with Peter Morey and Amina Yaqin), was published by Routledge in 2012; and a special issue of the Journal of Commonwealth Literature on 'British culture after 9/11', co-edited with Rachael Carroll, in 2018. With five other scholars, I am co-founder of the research group ‘Multicultural Textualities’, which explores the contribution cultural texts can make to public understanding of multicultural societies and the place of non-white, non-secular citizens within them. We co-edit the Manchester University Press book series Multicultural Textualities [insert hyperlink: https://manchesteruniversitypress.co.uk/series/multicultural-textualities/].

Currently, I am co-editing, with Nadia Atia, a special issue of Wasafiri on ‘The House of Wisdom’, which reflects on Islamic civilisations creatively and critically. Taking its name from Baghdad’s famous Abbasid library, the issue explores libraries, books, script and scriptures from the Abbasid period right through to the present day. My most recent research is concerned with the production and reception of contemporary British Asian writing in the context of rapidly evolving debates around diversity and inclusion in the publishing industry. With a focus on religion and class alongside race, I am particularly interested in how writers, publishers and readers negotiate the politics and ethics of mediating difference, as well as in how cultural value is attributed to British Asian writing by reviewers, prizes and festivals. A recent article, ‘Toward an Ethics of Reading Muslims’ (Textual Practice, 2020), begins to address some of these concerns, as does a special issue of The Journal of Postcolonial Writing on ‘Secularism in the Literary Marketplace’ (in progress).

With Peter Morey, eds, special issue of the Journal of Postcolonial Writing, 58:6, ‘Secularism in the Literary Marketplace’ (forthcoming, 2022)

With Rachel Carroll, eds, special issue of The Journal of Commonwealth Literature, 53:2, ‘British Culture after 9/11’ (2018)

I am currently co-supervising (with Susheila Nasta and Helen Melody (British Library)) a PhD project on the Wasafiri archive funded by a LAHP Collaborative Doctoral Award.

I have co-supervised the following successful PhD project: Ole Birk Laursen (The Open University), ‘Black and Asian British Life-Writing: Race, Gender and Representation in Selected Novels from the 1990s’ (2011).

I am co-author of a public database on South Asians in Britain which attracts high levels of traffic from across the globe, and co-curated the panel exhibition ‘South Asians Making Britain, 1858-1950’, which toured to public libraries across Britain in 2010-11. I have also co-designed and led a public walk highlighting the history of the shared South Asian and Jewish presence in London’s East End.

Most recently (November 2019), I co-organised a symposium, ‘Reimagining Britain: Curating, Performing, Publishing, Reading‘, exploring the current climate for artistic and cultural production in Britain in the context of ongoing debates about inclusivity, diversity and ‘decolonising’.