Recharging your batteries at the Science Museum

As part of the Year of Engineering, Dr Ana Jorge Sobrido was given the opportunity to delivery na activity related to her research at the family festival We Are Engineers at the Science Museum London. Find out what they learnt below: 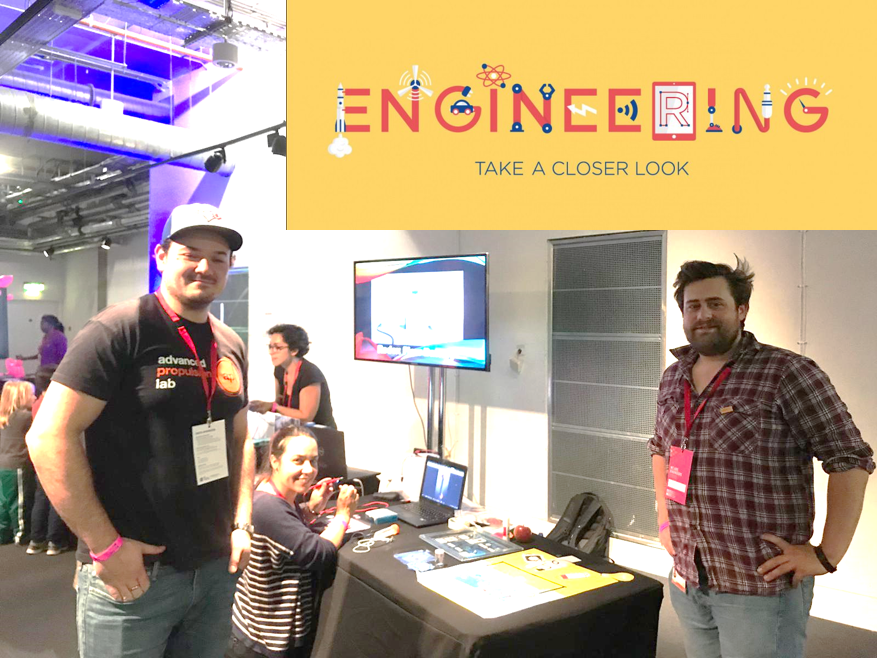 In October this year, my team and I were awarded a Leading Activity at the "Family Festival Event: We are Engineers" taking place at the Science Museum of London as part of the Year of Engineering 2018. Our activity "ReCharge" brought closer the wonders of batteries and their important role in our society to kids and adults. In total, we received an overwhelming 1,000 people in our stand, and managed to build more than 300 batteries out of lemons, potatoes and grapes with enough power to light a LED! We were very pleased with how popular our stand was!

We also had a flow cell that could discharge and charge in 10 min, and visitors could see a dramatic change in colour as the cell discharged and charged. While discharging, the cell was able to power a small motor, too! Since we were awarded the activity, we spent around two months to have the activity ready. This included organising and dividing tasks, planning what we needed to purchase, hire and take to the museum for the weekend, designing what the stand would look like, testing the experiments in our labs to make sure all the activities would work at the Science Museum...

I learnt how important is to catch public’s attention quickly, and using visual tools and hands-on tasks for them are both effective ways! We were also given a day of training in public engagement, which I found particularly useful. For all my team, this was an extremely positive experience. Having the chance to engage with general audience about science in a lively and constructive atmosphere was great; as science researchers, I believe we have a duty with society to make science more available to everyone, and I will be looking into participating in similar events in the near future.