How to Advise Parliament? Routes into the policy making process 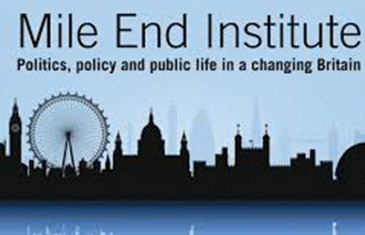 UCL and the Mile End Institute at Queen Mary, University of London, teamed up to host a public event with parliamentary insiders and evidence experts, exploring how academia could engage the world of government, particularly through select committees.

The original article was posted on the Mile End Institute website, where you can also find further information about the Institute, comment pieces and upcoming events, including The Olympic Legacy: how has East London changed? on 7th June featuring as part of the Tower Hamlets Festival of Communities programme.

You can also find a suite of 'Influencing Policy' How-To guides on our website here, giving short, simple guides to routes into policy. These will be added to by an upcoming series of blog posts on Engage Blog, if you would like to be notified of these please join the 'Influencing Policy' blog subscription.