Gender in the Contemporary World: reflections from the organisers

In December 2017, the Centre for Public Engagement awarded Ynda Jas and Elisa Passoni a Small Grant to support their Gender in the contemporary world conference. We caught up with them to get their reflections: 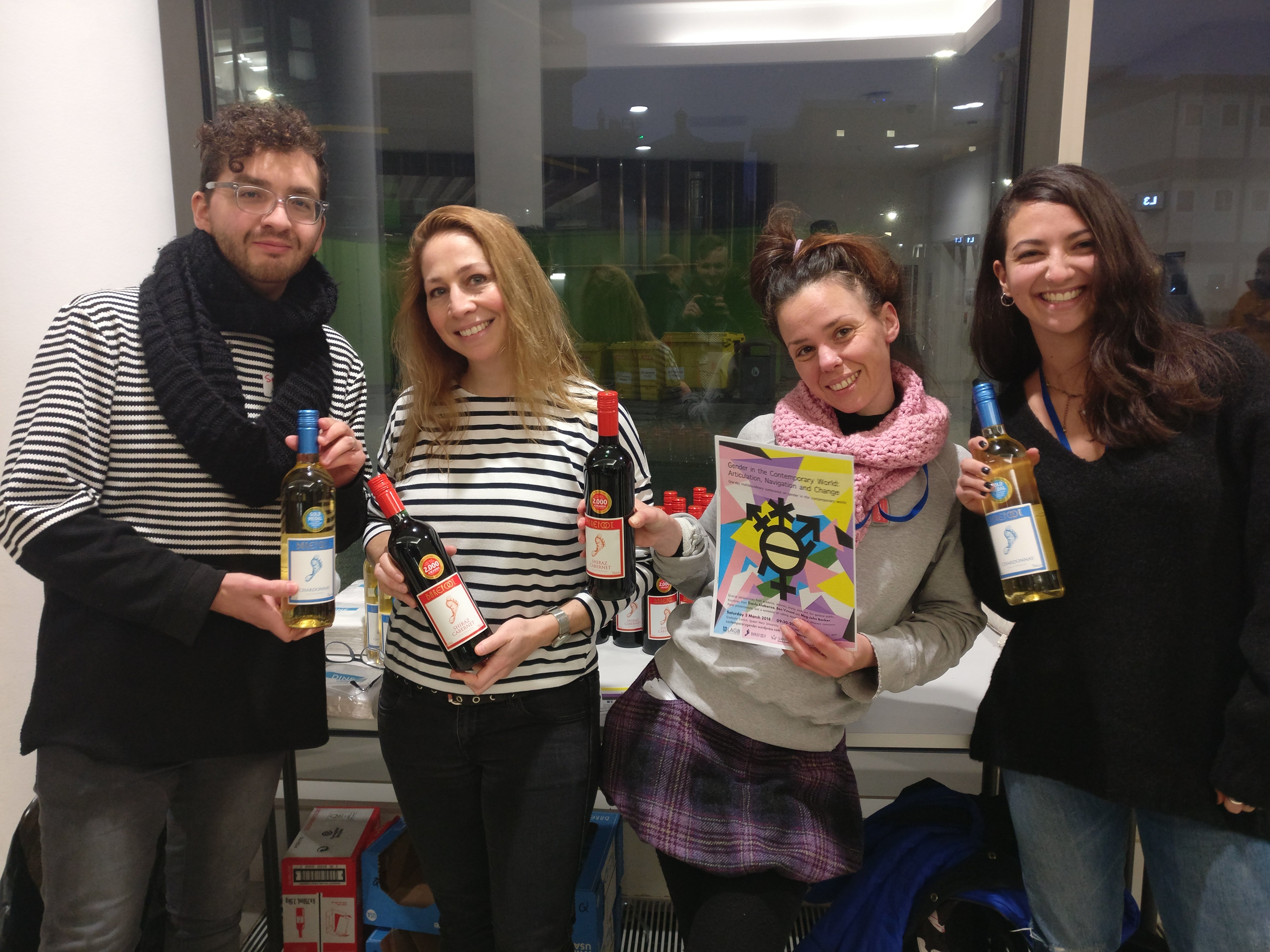 Why did you decide to do the conference?

The idea for this conference came from a catch-up dinner Elisa had with a childhood friend of hers last summer. Her friend was confused by John Lewis’ decision to remove the labels “boys and girls” in the kids’ clothes section. Elisa’s friend could not see why this was at all necessary at all and why it made the front pages of national newspapers. After having the reasons explained to her, the friend commented “Ah, that makes sense! I wish somebody provided this information to me before”. This last comment made Elisa realise how important it is that research is communicated to the general public, otherwise any positive implementation may be misread and misinterpreted. This can lead to confusion and – more dangerously – potential negative backlash. Elisa and Ynda then met and decided to organise a conference open to everyone with the ultimate aim of creating a safe space in which different voices could meet to talk about gender in the contemporary world and related issues.

How does this link to your research?

Elisa: my research looks at the interplay of bilingualism and gender in the two languages of Japanese-English bilinguals. Specifically, it looks at whether and how Japanese native speakers modify their speech in different situations and while speaking to different addressees and if this is due to the different gender norms in the two societies.

Ynda (they): my research explores how Southern English non-binary and queer individuals use their voices (the sounds of their speech) as resources in constructing/presenting identity. This includes vocal characteristics such as pitch, vocal fry, falsetto and the sound /s/. I consider how this varies by context – e.g. who is being spoken to and what is being discussed – and whether age (as a proxy for social/legal advances) has any effect.

Who the intended audience was? How did you reach them?

The intended audience was the general public, as well as activists and academics. They were reached through publicity on Facebook (mostly specific targeted groups) and a planned Twitter schedule (multiple tweets per day for 2-3 weeks before the event) as well as via personal connection and word-of-mouth.

What did you actually do?

We organized Gender in the Contemporary World: Articulation, Navigation and Change, a free one-day multidisciplinary conference which focused on how gender is conceptualised, navigated and articulated in the contemporary world. 110 people registered for the conference which was held at Queen Mary on 3 March. Despite heavy snow affecting travel, around 60-80 people   attended the conference throughout the day coming from all over England and even as far as Slovenia.

We created a space where gender-related topics were discussed by different voices: a racially and gender-diverse pool of PhD students, academic faculty, activists, charity workers and members of the general public. By joining the different approaches to and lived realities of gender, the conference enabled two-way knowledge transfer. In the daytime we had academic, activist and charity presentations plus a keynote from Travis Alabanza. In the late afternoon, we had a workshop on how to teach/talk about gender in different contexts. The conference concluded with a keynote lecture from Ben Vincent and Meg-John Barker about gender in the contemporary world.

What did you get from it?

Elisa: I enjoyed organising this conference very much, it was a lot of work but definitely worth it. I have always been interested in public engagement and one of my aims as a PhD student is to learn how to communicate research topics to the general audience. I truly believe that academia needs to open up to people who are not part of it in an engaging way, not only to disseminate findings but also because the best ideas come from discussion among the most diverse people.

Ynda (they): as both an activist and academic, I really enjoyed bringing together people from these two domains (including those whose work straddles both) to talk to each other about their respective work. As Elisa says, it’s vital that academia is not insular. I believe in knowledge democratisation with less gatekeeping and barriers and more value attributed to a broader range of sources and forms of knowledge, recognising the unique ways that each can contribute to our shared understanding of the world. I also really appreciated the chance to curate a programme featuring a diverse bunch of topics and voices enabling discussion of gender from multiple perspectives.

Has it affected your attitude to public engagement? What did you learn from it?

Elisa: it made me even keener to do more in terms of public engagement. It was a really good way of understanding how to communicate obscure concepts to non-specialists. I also really enjoyed the feedback I had on my own work from participants who asked really interesting questions, which I would have never been asked at conferences in my field.

Ynda (they): I’d been involved in public engagement events work in the past, but I think through co-organising this event I gained more experience of different ways of engaging people, reaching diverse audiences and crafting an event with intentionally broad appeal. One of our main objectives was to reach out to people who don’t get issues like the John Lewis one Elisa and her friend discussed, and I think we did reach a broad range of people through not just focusing on non-binary trans people, but integrating a broad range of identities, issues and perspectives in a single event – including topics specific to women (cis or trans), specific to trans people, specific to non-binary people alongside more general questions about gender. We could definitely have reached more people with less knowledge about binary and non-binary trans issues, however I do believe that more events (but not all) should take a more integrated approach to discussing gender so that we aren’t just talking to people like ourselves about stuff they probably already know pretty well.

Would do it again?

Definitely yes! We feel that the engagement method was effective – the attendance figures we provided earlier show that we reached out far beyond Queen Mary. On the day, it was also clear that the audience we attracted was racially and gender diverse (with a variety of pronouns and gender expressions). The feedback showed that people greatly appreciated the diversity of the presenter pool as well as the conference as a whole.

The Small Grants are now closed for the summer and will reopen on 15 August. If you would like to talk about a public engagement idea, book into one of our Advice Surgeries.