Sarah Wolff, School of Politics and International Relations, has collaborated with an anthropologist, Aziz Hlaoua and film maker Laurent Fontaine Czackzes as part of her research on migration. She tells us about her experience of filming in Calais and the challenges arising from filming a documentary with and by people in exile. 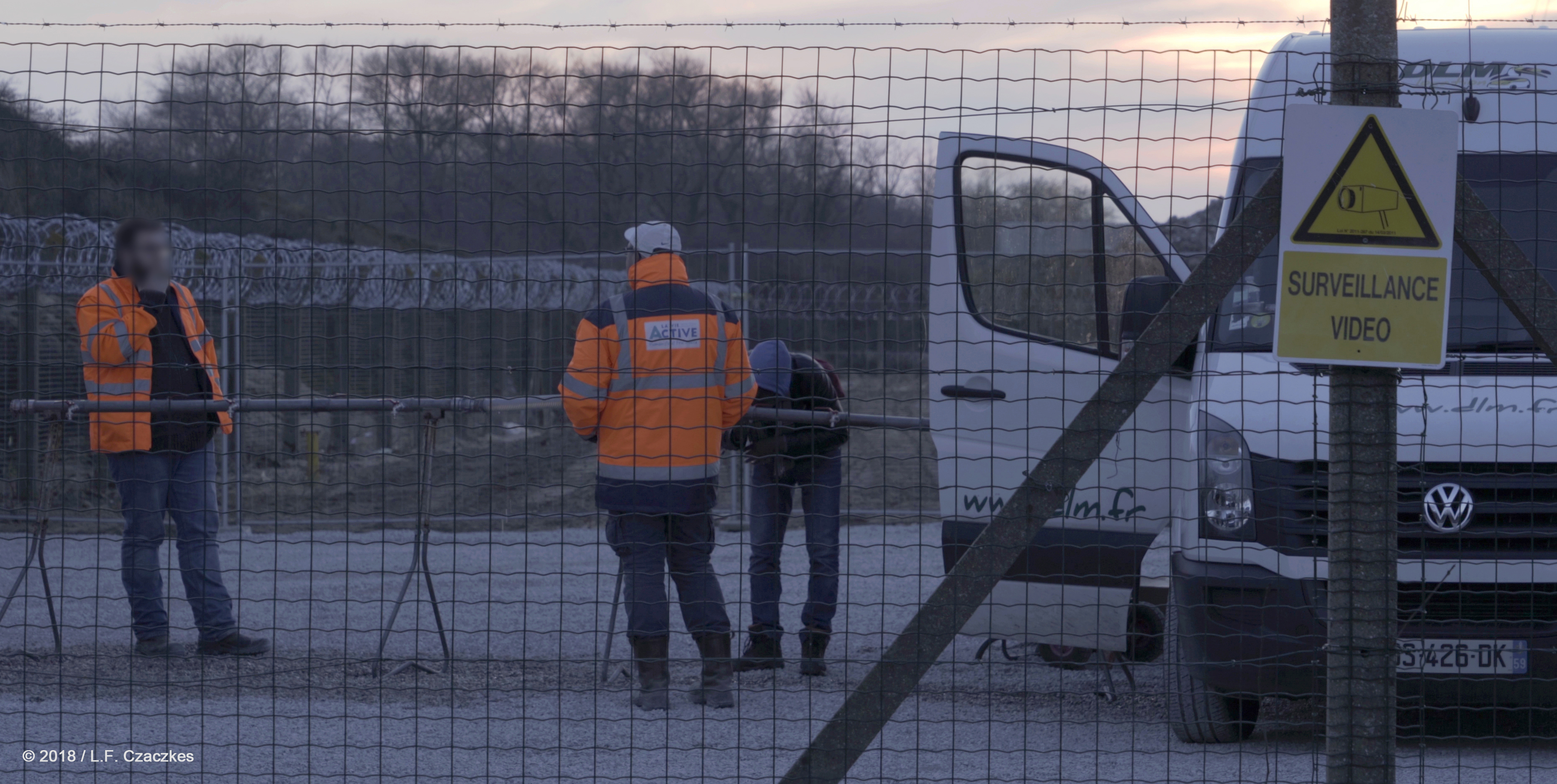 The ‘migration crisis’ in Europe fluctuates in the media between dramatic images of migrants trapped on shaggy boats, NGOs humanitarian rescue boats with no European harbour to welcome them and satisfactory images of European leaders watering down the ethical principles that liberal democracies should uphold vis-à-vis people in distress. Migrants are usually either depicted as undistinguishable groups that navigate in mass towards Europe or as bargaining chips between European states arguing about borders and territorial sovereignty. Yet very little is known about  people’s lives and decisions to embark on perilous journeys. The collective threat of ‘migrants’ has overshadowed the fact that each and every person embarking upon a journey to Europe has his or her own story to tell.

This is why, we have decided to engage with visual research methodology and to let migrants’ narrate their journey to Europe. ‘Europe at all costs’ is a story about sub-Saharan migrants and their unshakable dream to reach Europe. Migrants’ personal stories reveal that the more Europe create spaces of immobility to stop migration, the more they defy it by their mobility practices. ‘We search in all directions, towards the water or the fence. My dream is to be in Europe’ explains a migrant from Guinea-Conakry. We start the narration in Morocco where we ask migrants why they do not want to stay, why do they want to go to Europe and once they have reached Calais if they found what they were hoping for.

Filming in Calais, for which we received support from the CPE, was not a walkover. First, building trust with migrants was challenging due to their negative experience with the media, often portraying them either as victims or as criminals. Second, our week of filming in Calais was marked by a tensed political environment with the first state food distribution which was boycotted by the migrants (see our op-ed here). Tensions between NGOs, local population, migrants and the French authorities reached a peak. In spite of these challenges, filming proved a very useful way to produce novel knowledge that would be arduous to capture via conventional research methods. The experience of the documentary has been very enriching and brings a novel dimension to better apprehend power relations between migrants and researchers, ethics and how participative research can benefit communities and groups, empower or disempower them. Overall visual research is a powerful tool to engage alternative audiences beyond policy-makers. Participative film-making will involve a second step where we will screen parts of the documentary in Calais by the end of this year and ask migrants and local NGOs’ feedback to help us in editing the film. If you want to know more about the movie, please email me at s.wolff@qmul.ac.uk