Discovering Knowledge Traditions through Co-Creation: Learning from and with Communities 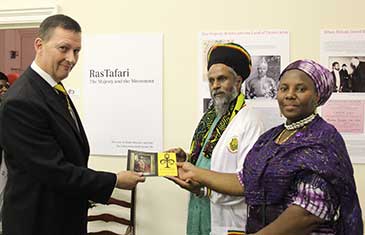 Last year I undertook long-term research with members of the Rastafari community to co-research and co-produce the UK component of a global exhibition entitled Rastafari: The Majesty and the Movement, subsequently morphing into Rastafari in Motion, as part of an organizing committee entitled Rastafari Regal Livity (CiC).

I worked with the CiC for over two and a half years co-researching and co-producing the exhibition detailing a narrative of Haile Selassie I’s visits to the UK in the first substantive and long-term involvement of Rastafari in academic-related research on the Rastafari faith in the UK.

We premièred at the National Museum of Ethiopia, reaching over 11,000 visitors, before touring our UK component in Ethiopia, Jamaica (Montego Bay Cultural Centre) and the UK (Black Cultural Archives) accompanied by workshops and events with and for the wider Rastafari community to further share and communicate knowledge.

The Rastafari faith is often viewed by the general public through a number of detrimental stereotypes. This can make Rastafari very wary of engaging with public bodies such as universities. This wariness does not in any way diminish simply because I am also a member of the faith: in fact, academicians who are Rastafari are often met with even greater suspicion as to our true motives! Nevertheless, I have managed to intensely interact with, work with, and co-produce with members of the faith for over four years on this project.

Processes of co-production form the methodology for much of my research, working with and through – rather than over and above – what I call the “living knowledge traditions” of communities, principally, the Black communities’ resident in the UK and Rastafari communities on a local and global level. 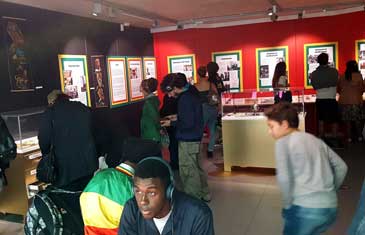 Rastafari in Motion at the Black Cultural Archives

This methodology refutes the standard division between knowledge producers (academics) and objects of data (community members) and works on the premise that all communities possess living knowledge traditions that, in principle, are capable of producing valid and relevant knowledge. I see my job as critically and rigorously working with these traditions of Rastafari so as to dispel stereotypes and better understand the faith's pasts and presents on its own terms, terms that nonetheless hold general significance.

A lot of my research has developed using these methods of co-creation, which are cultivated with the people that I work with, meaning that much of what I write is dependent upon this collective work. This isn’t just in the sense of empirical information but also theoretical and analytical frameworks. Often we go to communities in order to mine data, but we don’t realise that communities are also composed of living knowledge traditions which are often as insightful - if not more insightful - than the knowledge traditions which we usually reproduce at university. 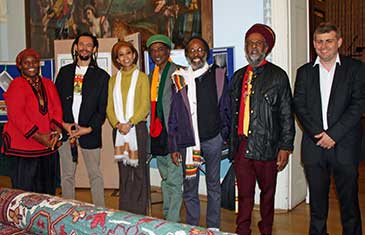 There are strong ethical implications to this line of thinking: universities have to work with the communities’ terms, and any material which is produced has to definitely have co-ownership and co-guardianship. Additionally, distrust has led to the shutting down of fascinating and important knowledge and knowledge traditions that can inform our work and our thinking, and as researchers we need to think carefully and critically about these exclusions.

I think one of the challenges for people who work in universities is to try and fix and mend that broken relationship. It’s not the responsibility of the communities; it’s our responsibility as a university to actually mend the relationship and make sure that we are public and not just an ivory tower on a hill.

So it’s not really a tip but more of a provocation that if you are thinking of working with communities then question the ethic that good research equals research which extracts, which penetrates. In fact, that is not the only form of research and might not actually generate good, public engagement.

Instead, we could imagine research as a process of cultivating spaces and drawing people together to enable conversations and the production of knowledge to go ahead by peoples in the communities themselves.  Whether we like it or not, a lecturer putting together a big meeting imputes more legitimacy into the event in the eyes of the public. So we do have power. The question is, how do we use it and to what effect?

It’s important not to run the conversation and rather, as much as possible, to facilitate, to let people speak to other people, to listen first and question second. Then you could take that learning, polish it and allow other peoples to listen to it and to discourse with it.

So I guess one of the big things with public engagement for me is that what you’re doing is enabling and supporting communities to write their own stories, and, in a way which legitimises their own voices as well. You can be critical with how you do that, but the point is that you don’t stand in judgement over them – morally or epistemologically.

Rastafari The Majesty and the Movement was supported with Centre for Public Engagement Small Award funding.

Discover more about the Rastafari The Majesty and the Movement exhibition on their Facebook page.