Are we in Control? Giving Back Control to Audiences in Public Debates

Public debates are a common means of communicating research, but what goes into these events and how can they be designed to encourage audience engagement? Magda Osman has been involved in the set up and delivery of these panels and shares her insights.
Published:
23 March 2017 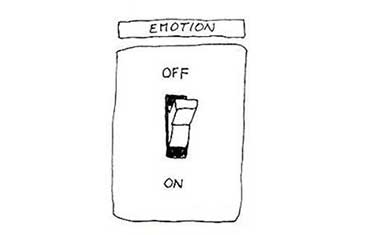 Written by Magda Osman, Senior Lecturer in Experimental Cognitive Psychology at the School of Biological and Chemical Sciences

To further understand how my research applies in real settings, and to apply my results, I aim to be as inclusive as possible with what I do and the results of my work, working to engage with and learn from as wide as non-academic audiences as possible. I don’t only want to inform the public and industry, I want them to think and engage with the topics of my research, because what I do is not isolated from what happens in the real world.

I’ve fed into and created interest in my work by finding creative ways to inspire the public to think about day to day issues around decision-making through a range of public engagement activities to both general and more specific groups, including businesses, Government and school children. However, in this post I concentrate on a short series of two debates I organized with support from Mind in Society, Cognitive Science and Life Sciences centres at QM, and MacMillan Publishers.

What Did We Do?

Each of these two events were delivered in the form of a question, ‘Who is in Control?’ of our choices and ‘Are Emotions Useful?’ to us in making them. Designed as interactive question time style debates, audiences were asked to send in questions prior to the events, from which the panel would answer a selection on the night. We also asked the audience to vote on their answers to the title question of the debate before, and then again at the end of the night, to see if votes had swung as a result of the discussions of the panel.

These simple interactive processes prior and during the events allowed the audience to be more involved and invested in discussions and to indicate how much they cared about the issues. This input also made it possible to also gain an understanding of where audiences stand on the topics of the debate, and to what extent they could be persuaded by arguments from the panel to shift their opinion.

The debates were extremely well attended thanks to help from our Press Office and Centre for Public Engagement, but we also targeted school children specifically by approaching local schools and inviting students to submit their own questions to the panel, encouraged with prizes for the best questions provided by MacMillan publishers.

Each debate provided opportunities afterwards to allow conversations between panel members and those attending the events to mingle and share thoughts and experiences. Having opportunities like these worked extremely well, giving the opportunity to discuss themes from the night in more detail and spilling over the original event closing time!

What Lessons Have Been Learned?

The difficulty in setting up debates, aside from being time consuming, is finding the right kind of academic for the panels. Our priority has been to get young academics involved that the public could connect with, for the reason that it would be clear that they have an enthusiasm for their subject and a passion for making their work accessible to a wide audience with differing interests and backgrounds.

The other priority was to pick subject areas that are topical, general enough, and that the public would want to contribute to, which makes it hard for academics to sign up to. It can be quite intimidating to face an audience in which there is no way of preparing for the possible range of questions that might come up. Academics are usually trained to focus on answering questions from a highly specialised audience of peers that expect detailed and precise responses. That isn’t to say that public audiences don’t deserve scrupulous responses, but they also expect them to be brief!

If there is one important insight that I, and those on the panels of the debates gained from taking part in these debates, it’s that there are questions we overlook or matters we take for granted in our day-to-day work that need further inspection. For instance, with regards to the question of ‘Are we in Control?’ one of the questions posed by the public was “Has your expertise changed the way you perceive these themes of control?” This was a great question to ask because it prompted the panel members and myself to self-reflect on how we come to know what we know. This is one of many examples of fantastic questions and insights that the public gave.

What has been Gained?

It's important to find innovative ways to engage the public not only because they may be interested in the most current insights that the academic community have to offer, but also because the scientific community potentially have something to gain from the ideas and opinions that the public have on their research.

I certainly gained an awful lot from the views that came out of the public debates. These events created valuable opportunities to engage with the public and develop both a better understanding of what matters to them as well as an insight into other ideas that I'd never have come across, or thought about, or worried about, if I was only focused in the academic realm. There were important themes that were reflected in the discussions that I wouldn’t have known about without having set up the debates, and this has fed back into ideas I have pursued in my own scientific work on decision-making.

We have access to a lot of work, a lot of ideas, a lot of data, which the public doesn't have access to, part of the responsibility of what we do is to try and understand that, and make sense of that, then translate that and make it understandable to others too, whether children, business or Government.  So this isn't something that should only be accessible to academics, for academics.  This is something that should be accessible to everybody.

Magda Osman is a former recipient of the The Lucy Hawking Award for Developed Understanding of Public Engagement at the QMUL Engagement and Enterprise Awards 2015.