Particle physics, puzzles, and the public 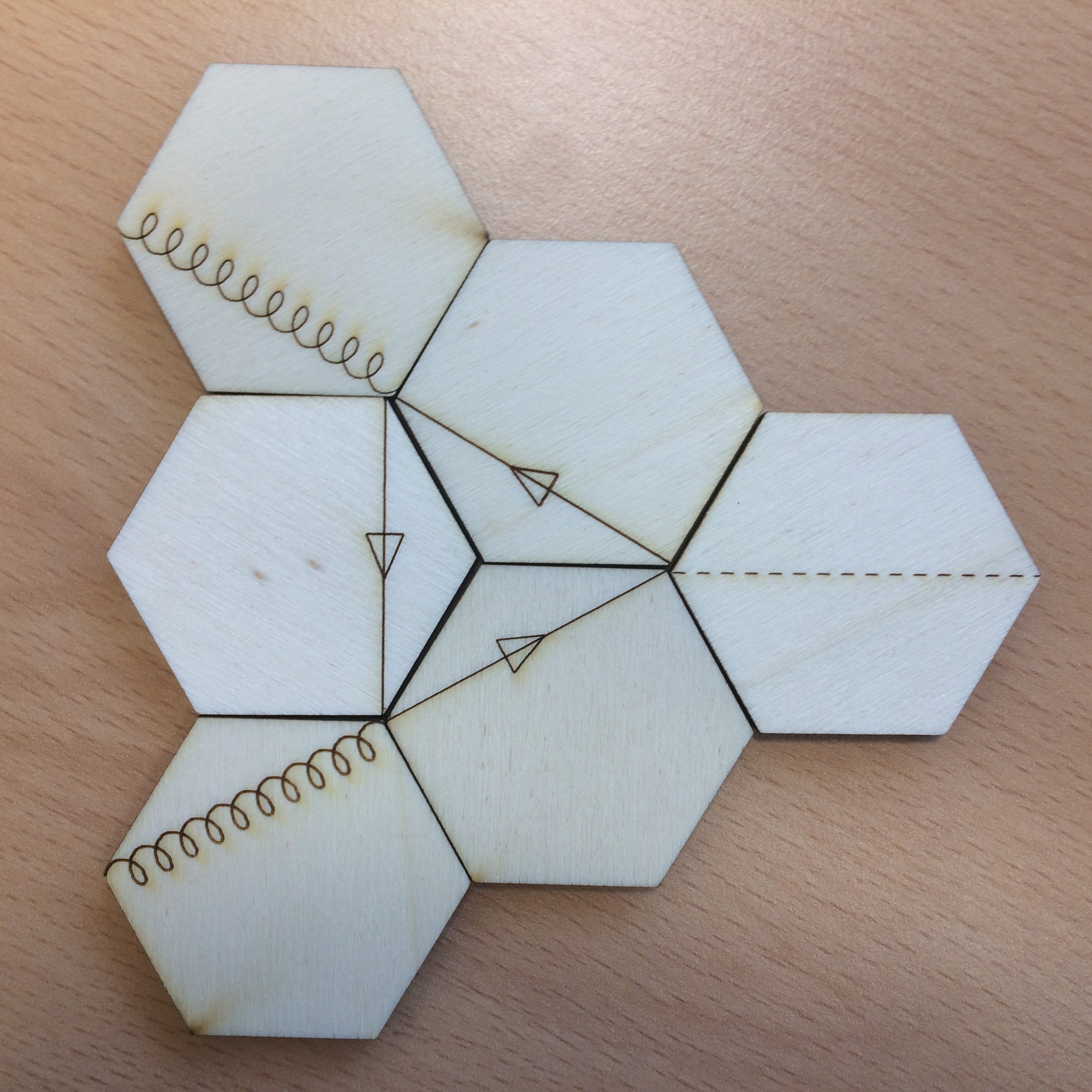 How did you first get involved in public engagement?

As a PhD student, I spent a lot of time editing particle physics wiki pages, beginning to think about sharing science on social media, and was going into different classrooms – talking about gravity with seven-year-olds in school, or maths and particle physics in a prison programme.

I continued with engagement through my two post docs. Being able to explain that we'd found the Higgs boson in 2012 was certainly a high point as far as public awareness goes!

My different forays into outreach and public engagement have often been linked to me thinking about what it means to be a researcher or an academic at that point in my career.

Tell us about your public engagement projects at Queen Mary…

I arrived at Queen Mary in October 2018, and became a Public Engagement Champion in the Particle Physics Research Centre. I've been pleasantly surprised at every turn by the support that there is for engagement here.

I've got two main public engagement and outreach projects ongoing at the moment. Firstly, I’m developing a puzzle called the ‘Higgs Boson Dominoes’, which is a resource co-designed with teachers and secondary school students to help explain particle physics. The hexagonal shaped dominoes represent particles, and can be assembled to explain different interactions. We were recently awarded an STFC grant to take this from a small, pilot project into something larger scale.

I've always liked playing games, and tested earlier iterations of the puzzle with friends who play games. One is a teacher who has a game design class at a sixth form college, so I got the chance to develop the game with their students – turning the interaction into real two-way engagement.

I also lead the Physics Research in School Environments ATLAS open data project, where teams of sixth form students carry out independent research projects under the supervision of researchers at our School of Physics & Astronomy. We currently have a CPE Large Grant to develop these projects, including one-day and ‘at home’ versions that are accessible to wider audiences.

Have your motivations for engaging the public in your research changed over time?

When I started public engagement and outreach, I was learning about how to translate subject matter for different audiences. And I was really coming at it from the perspective of seeing myself as a subject expert, and wanting to share that knowledge.

But I realised I was talking to a captive audience who had selected themselves. For example, there's a huge particle physics Twitter community and people choose to go on the internet and follow particle physicists. I needed there to be a purpose to doing engagement. If my audience is entirely enthusiastic, white and male, then that connection isn’t happening.

I started going to training from the CPE and SEPnet, and I was genuinely surprised to find out that a lot of the outreach we do has no effect on young people as to whether they actually access science. What really motivates me now is figuring out how to reach the audiences we need to reach. Of course it's difficult, and talking to self-selecting science enthusiasts is very gratifying, but if we have bigger goals - which we do - then we need to put the time into figuring out how to do better.

I began looking at approaches to engagement which are supposed to be evaluated and achieve an outcome, and it sort of clicked that I have the option to do something that matters. I'm also trying to approach engagement as an academic: what is it we want to achieve, how do I get PhD students into classrooms, can I pay them, or what collaborations do we need? All of that helps us to move forward.

What are the big challenges facing pubic engagement in your view?

There's loads of things about public engagement and outreach that I didn’t know when I started out - particularly those bigger picture elements like sustainability, and the constraints of funding agencies. I’m thinking about two challenges in particular at the moment.

Firstly, how do we sustain public engagement projects? Funding schemes often expect applicants to constantly up their game, always going bigger and better. We can’t expect that every idea is going to keep getting scaled up. If I say that I'm going to deliver ‘Higgs Boson Dominoes’ to one hundred classrooms in the UK, do I need to go for a thousand next time? And what happened to the last activity in those thousand classrooms?

Secondly, if we really want to embed public engagement in our research groups, we need to figure out who isn't participating and why. For example, I know that many postdoctoral researchers are really interested in outreach and public engagement, but they dedicate all of their time to research, because research is linked directly to jobs and funding. I've been in their shoes. It's a tough challenge – we need to find better incentives to enable a culture where staff can dedicate time to this stuff.

Have you got any advice for particle physicists thinking of engaging people in their research?

Genuine two-way engagement can be hard for particle physicists. We don't expect people to be able to show up and analyse our data - although there have been some really promising developments in open access data and citizen science for physics.

But what about two-way engagement that isn't citizen science? I think the trick is making sure your engagement and outreach links back into the big picture. What will it help you or your institute to achieve? How does it link to your institute's mission? Is there reputational value? It doesn't have to be research OR outreach.

It's interesting that the kinds of engagement we can aspire to do are quite different depending on your field and area within a university. For example, I still don't have a good model for engaging community organisations with my research; it's a less natural fit for physics compared to areas of medicine or humanities. Particle physics has the challenge that there's a complicated argument to make around it having an immediate effect on anything! There was a big physics experiment that made the news this week, and a family member asked me if our lives will change now. I assured them they will not!

My advice would be to decide on what you're trying to achieve and understand the environment you're operating in - what are you getting out of it, what support is available to you, and how are you going to put those things together? A lot of people want to have an online presence as a researcher and communicator, and if that's your goal, I think that's great. But if you want to make research more accessible to people in some way, think who and how.