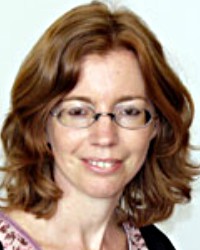 Caroline’s research interests cut across political theory, philosophy, the history of ideas, and critical theory. She is working to develop creative points of convergence and connection between different kinds of theory within, and beyond, the study of Politics.  To this end, in May 2013 Caroline established the TheoryLAB within the School out of which a number of exchanges, collaborations, events and reading groups are now beginning to emerge.

My research lies in the field of continental political philosophy with a particular interest in conceptions of selfhood and subjectivity. I also have a research specialism in Spinoza and philosophies that utilise and develop his thought, as well as Althusserian and post-Althusserian political theory.

My first book Contemporary French Philosophy: Modernity and the Persistence of the Subject (Continuum, 2001) interrogated some of the most influential positions in contemporary critical thought (from Althusser to Derrida) on the position of the subject in order to contest the view of critics who argue for the disappearance or ‘death' of the subject. My broader aim was to situate contemporary discussions within a broader series of problems finding their origins within modern and early modern philosophy, particularly Spinoza and Nietzsche.

My current research extends this project and focuses on the contribution of Spinoza to contemporary philosophy and political theory.  It examines the intersection of his politics and his philosophy, specifically the Ethics, and utilises this to reconfigure questions of the subject, imagination, power and freedom. Click here for podcast of my contribution to the ‘Spinoza and Bodies’ Conference.

Contemporary French Philosophy: Modernity and the Persistence of the Subject, (London, Athlone, 2001)

‘Affective Processes without a Subject: Rethinking the Relation between Subjectivity and Affect with Spinoza’ Subjectivity Vol 3 no3, 2010, p.245-262

‘Thinking the Political in the Wake of Spinoza: Power, Affect and Imagination in the Ethics ' Contemporary Political Theory , 6, 2007 pp.349-369

Caroline Williams and David McInerney ‘Althusser and the Persistence of the Subject' (interview) Borderlands Vol 4, No 2, 2005

I welcome enquiries from potential doctoral students interested in any of the broad areas of my research.

Clayton Chin, Pragmatism, Liberalism and the Conditions of Critique: The connection between philosophy and politics in the work of Richard Rorty, 2012

Ljuba Castelli, Ontology and Politics in Spinoza: Individuation, Affectivity and the Collective Life of the Multitude,  2011

Paul Rekret, Relationality, Polemics and  Incommensurability: Thinking the Political in Derrida and Foucault, 2009