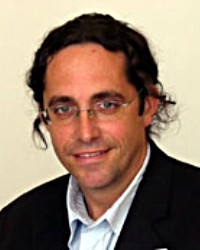 Brendan grew up in Rochester, Minnesota, studied Sociology and History at Boston College and then a Master's in Political Sociology at McGill (Montreal), with a year between degrees working in an English Language school in Paris, just up the road from Auguste Comte's library near Odéon. He then completed a PhD in Government at the London School of Economics and Political Science. The doctorate was a historical institutionalist analysis of the causes and dynamics of political violence in Ireland. His subsequent research has developed and extended the H.I. approach to consider ethno-symbolist understandings of conflict and conflict regulation in the comparable former British colonies of Cyprus and Sri Lanka. Current research also focuses on diaspora radicalization and diaspora involvement in 'homeland' peace processes. Interests outside academia include looking after two daughters, two dogs, music, photography, cycling, and tennis, for which he retains a (deluded) ambition to make an impact on the over-50 rankings.

My research is on national and ethnic conflict regulation, with particular reference to Northern Ireland, Sri Lanka and Cyprus; Political Violence/Terrorism; ethnicity, religion and political radicalisation in the UK and Europe.

Self Determination and Conflict Regulation in Northern Ireland, Sri Lanka and Beyond, International Centre for Ethnic Studies, Colombo, 2003.

'British and Irish conflict regulation from Sunningdale to Belfast, Part I: tracing the status of contesting sovereigns, 1968-1974'. Nations and Nationalism, vol. 5, no. 4, Nov. 1999.