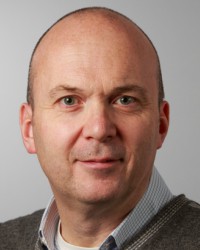 He has been co-convenor of the PSA’s Elections, Public Opinion and Parties specialist group and was one of the editors of Parliamentary Affairs. He has won various prizes from the Political Studies Association for his research, including their Richard Rose Prize for the best young scholar working on British politics and the Political Communication prize. In 2003, he received the PSA’s W.J.M. Mackenzie prize for his book Revolts and Rebellions, and, along with Mark Stuart, he won the PSA’s Innovation in Teaching award in 2013 for the teaching of parliament. He is Director of the Mile End Institute.

His media work has included articles for the most major British newspapers and magazines, and he has appeared on various BBC radio and television programmes.

My research covers British political elites, including elections, parliament, and issues of representation.

I have received various funding support from the ESRC, the Leverhulme Trust and the Nuffield Foundation, which has supported work on parliament and elections.

Sex Lies and the Ballot Box: 50 Things You Need to Know about British Elections (London, Biteback, 2014) (ed. with R. Ford), 306 + xxvii. Shortlisted for the Paddy Power Practical Politics book of the year 2014.

'The impact of parental status on the visibility and evaluations of politicians', British Journal of Politics and International Relations, online early (with R. Campbell).

‘The effect of teaching parliamentary studies on students’ knowledge and attitudes: a pilot study’, Politics (2014, Early View) (with M. Stuart).

‘The Representation of Women in Politics, Addressing the Supply-Side: Public Attitudes to Job-Sharing Parliamentarians’, British Politics (2014) 9 (4), 430-449 (with R. Campbell)

‘Rebellion versus Loyalty, Shirking versus Working: A note on framing parliamentary behaviour’, Representation 50 (4): 421-427 (with R. Campbell)

‘Where has all the trouble gone? British intra-party parliamentary divisions during the Lisbon ratification British Politics’, British Politics (2010), 5 (1), 133-148 (with M. Stuart).

‘Unbridled Passions?  Free Votes, Issues of Conscience and the Accountability of British Members of Parliament’, Journal of Legislative Studies (1998) 4 (2), 70-88.

‘The Coalition’s Wobbly Wings: Backbench Dissent in the Commons since May 2010’, in H. Kassim, C. Clarke, and C. Haddon (eds), The Coalition: Voters, Parties and Institutions, London, UEA/Institute for Government, 2012, pp. 44-48 (with M. Stuart).

‘It’s the trajectory, stupid’, in A. Brazier and S. Kalitowski (eds), No Overall Control?  The Impact of a Hung Parliament on British Politics. London, Hansard Society, 2008, pp. 37-42.

‘Parliament’ in A. Russell and G. Stoker (eds), Failing Politics? A Response to The Governance of Britain Green Paper, Newcastle, PSA, 2007, pp. 9-13.

‘The Conservatives: running on the spot’ in A. Geddes and J. Tonge (eds) The General Election (Manchester: Manchester University Press, 2002), pp. 47-65 (with S. Quayle).

Philip has successfully supervised four graduate students to PhD level, across a range of topics involving political participation and behaviour, and is keen to hear from anyone interested in doctoral study.