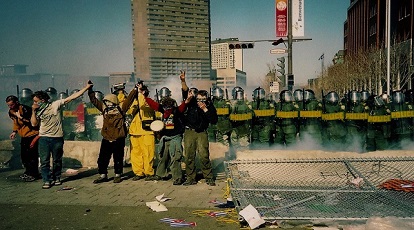 The School’s international relations (IR) scholars work within a critical, historical-sociological tradition, drawing on radical political economy, political theory and political geography. Staff incorporate post- and de-colonial perspectives, as well as the lenses of gender and class, to interrogate dominant themes, research methods and forms of representation within the field. Our expertise in this area covers critical approaches to IR theory, the study of conflict, mobility and security, and political economy. Research transcends the comparative politics/IR divide by investigating the interrelations between the international and national, particularly with respect to state formation, conflict, security and development.

Recent projects include the award-winning feature film PILI about a woman living with HIV in rural Tanzania, and ESRC-funded research into economic sanctions in Myanmar that has provided a key resource for British government policy-makers.