As the UK marks Windrush Day (22 June), research from Queen Mary University of London and the University of Birmingham for Business In The Community (BITC) reveals troubling trends around race in the workplace, including a persistent pay gap for people from a Caribbean background. 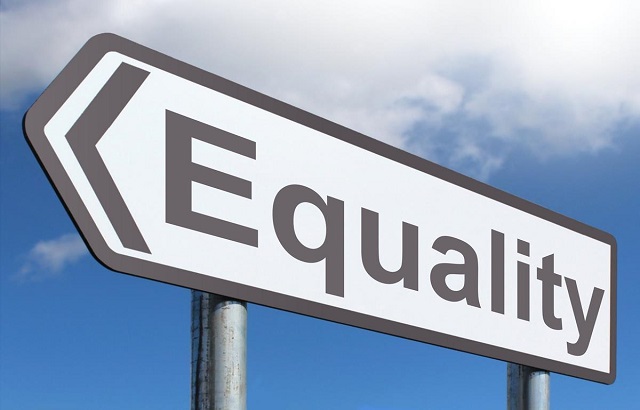 A road sign with the word 'equality' on it

Queen Mary’s Centre for Research in Equality and Diversity is working with Birmingham Business School’s Lloyds Banking Group Centre for Responsible Business on a longitudinal study and thematic analysis of BITC’s Race at Work Surveys (RAWS). Researchers dug into seven years of rich data to find new insight into the world of work for employees from every census demographic group in the UK – not only studying race but gender, sector, location, age and other intersectional factors.

74 years since the Windrush ship brought hundreds of migrant workers to England, people from a Caribbean background represent 4% of UK employees. When our research team used RAWS to investigate Caribbean representation within certain industries, the data paints a concerning picture of the Windrush workers’ legacy.

The research found people from a Caribbean background working in the UK are over-represented at administrative levels and under-represented at supervisor and senior/professional levels. It also highlights a substantial pay gap of £980 for those at management level, and £3814 for those at senior/professional levels - one of the highest disparities from all the RAWS data.

More than half (55%) of UK employees from a Caribbean background say they are underpaid for what they do - which this research shows is an accurate perception! And these issues persist despite the vast majority (72%) having diplomas, degrees, PhDs or Masters. Many (34%) would like a career mentor to help try and overcome these barriers, but very few (14%) have one.

In light of these findings, the researchers are calling on the UK Government to make ethnicity pay gap reporting mandatory and urging more businesses to implement this voluntarily. However, a YouGov survey commissioned by the Birmingham team highlights a stark gap between public support for this reporting and the number of British businesses currently taking part:

“This disparity between employee attitudes and employer practices suggests the current voluntary system of ethnic pay gap reporting is laudable but not really viable, as businesses can simply choose to overlook such an important issue,” explained research co-lead Prof Nelarine Cornelius, who is Professor of Organisation Studies in Queen Mary’s School of Business and Management as well as the University’s Associate Dean for People, Culture and Inclusion.

“Even the highest rates found in any business sector (21%), region (18%) or size (18%) fall far short of the public expectation on ethnic pay gap reporting, with 41% of British adults telling us they believe businesses should regularly monitor and publicly share this information. The Government needs to make ethnic pay gap reporting mandatory for all businesses, so there is a complete picture for the public of whether employers are fair and equal in the treatment of their employees.”

Prof Ian Thomson, research co-lead at the University of Birmingham and director of the Lloyds Banking Group Centre for Responsible Business, continued: “One thing is clear, whatever way you look at the statistics there is a sizeable divide between the level of public support for ethnic pay gap reporting and action taken by business even when compared to higher performing regions, sectors and business size. This shows that there is public support for ethnic pay gap reporting in the same way that gender pay gap reporting is done.”

Sandra Kerr CBE, Race Director at Business in the Community, added: “As we remember the legacy of the Windrush generation, we cannot ignore the challenges they faced upon arrival to this country nor the obstacles they still encounter today. Even when employees from a Caribbean background are at a senior level, they face an average pay gap of £3800 - the highest of any ethnicity group.

“To address this unacceptable pay gap, the Government must make ethnicity pay gap reporting mandatory. Publishing this data ensures transparency and helps employers ensure that action is directed where it is needed most. Businesses have been clear: they want to see mandatory ethnicity pay gap reporting introduced, as they see it a tool to create fair workplaces, rather than a burden.”