Queen Mary University of London is taking over the 5th floor of the Blavatnik Building at Tate Modern as part of a week-long set of activities at Tate Exchange (11-16 June). 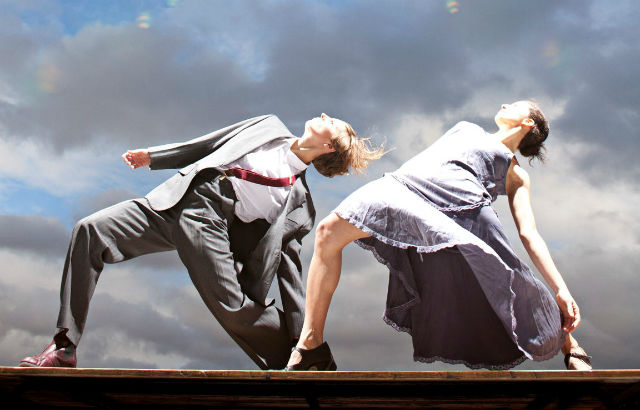 The initiative, which will also celebrate the institution’s world-leading contributions to arts and culture, will include a series of discussions, film screenings and displays. Titled Ideas in Motion: Borders, Bodies and the Universe, the theme for 2019 is ‘movement’.

Researchers from across Queen Mary will share their work and invite the audience to explore the different ways we move and the obstacles we face along the way.

Queen Mary’s second Tate Exchange contribution, building from its highly successful collaboration last year, includes a special version of the famous game Snakes and Ladders. The game is designed to draw attention to the rules and processes that control how we come and go across international frontiers. Participants will have the opportunity to design a passport and collect visa-stamps from around Tate’s permanent collection.

‘Healthcare and transition’ is another theme which underpins the 2019 activities. Poor health requires change and movement; to move emotionally, spiritually, socially as well as physically. One of the installations allows you to track your personal route from illness to wellbeing on an interactive map of the healthcare system.

On Friday 14 June there will be two free events to take part in led by Clod Ensemble, who been making ground-breaking performance work for more than 20 years. Between 13:30 and 13:45 Artistic Directors Suzy Willson & Paul Clark will reflect on ways that pieces in the Tate Modern collection have inspired their performance work, then from 15:00-17:00 Suzy Willson will lead a movement workshop which takes inspiration from artists such as Rebecca Horn, Barbara Kruger, Doris Salcedo and Mark Rothko. Book your place here.

Jana Riedel, Manager for Arts and Culture at Queen Mary said: “We are delighted to be returning to Tate Exchange once again where we will be showcasing a variety of Queen Mary’s projects to the theme of ‘movement’.

“Tate Exchange is more than just an opportunity for exhibition, it is also a chance to experiment, develop projects and host an entirely new audience to the one we would normally attract on campus.

“It is always really exciting and fruitful to collaborate in this experience with our partners from across the creative industries.”

Tate Exchange is an ambitious ‘open experiment’ which allows other organisations and members of the public to participate in Tate’s creative process, running events and projects on site and using art as a way of addressing wider issues in the world around us.

Organisations from a wide range of fields well beyond the gallery’s normal reach have become Associates of Tate Exchange, including Queen Mary.

Working in a spirit of generosity, openness and trust, the Associates collaborate with one another around an annual theme inspired by the art on display. Now in its third year, Tate Exchange has expanded its group of Associates to more than 60 partners, while consistently seeking to engage audiences which are new to the museum.

Visit Queen Mary’s Arts and Culture website for a full overview of the programme of Tate Exchange events.

About Arts and Culture at Queen Mary

Queen Mary launched its Arts and Culture strategy in November 2017 with the aim of developing the university as a world-leading centre of excellence in arts and culture within higher education.