New study to examine the brain health of former footballers

Former players will be recruited through the Professional Footballers’ Association for a study examining the link between heading the ball or concussions and long-term brain function. 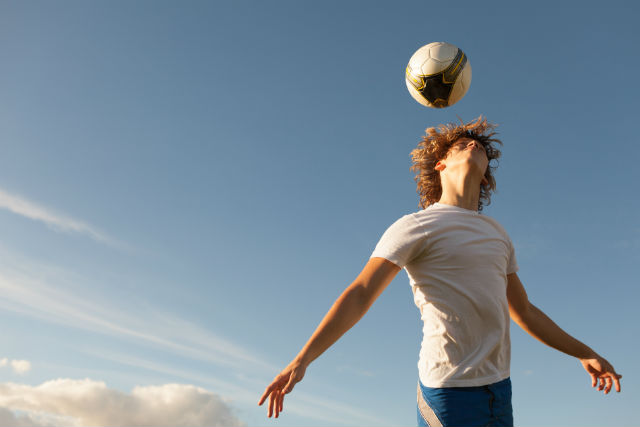 Researchers from Queen Mary University of London, the London School of Hygiene & Tropical Medicine (LSHTM), and the Institute of Occupational Medicine aim to shed light on the possible association between a history of football head impacts and neurodegenerative disease.

Dr Valentina Gallo, from Queen Mary’s Blizard Institute, said: “The results of this study will allow us for the first time to assess the long term neurological health and cognitive function of former players, mainly in relation to their exposure to concussion and heading the ball.”

The £660,000 study is funded by the Drake Foundation, a not-for-profit organisation committed to improving understanding of concussion injuries in sport, based on scientific research and insight.

Entitled HEalth and Ageing Data IN the Game of football (the HEADING study), the study will look to recruit approximately 300 former professional association football players aged 50 plus.

Through detailed assessments, researchers will gather data on the retired footballers’ playing history, work history and lifestyle factors, while an extensive set of tests will capture physical and cognitive capabilities, in addition to a neurological clinical examination. As well as face-to-face assessments, there will be an option to provide blood samples for further analysis.

Evidence has accumulated on the potential increased risk of neurodegenerative disease in former athletes exposed to head impacts. This issue was highlighted by the publication of a study in February 2017, funded by The Drake Foundation, which reported chronic traumatic encephalopathy (CTE) in the brains of four former association footballers known to be frequent headers of the ball.

“Many people have waited many years for a study like this,” added James Drake, Chairman of The Drake Foundation. “The Drake Foundation is proud to be funding this work and to be a part of this important step forwards in our understanding of sports-related concussion and its long-term effects.”

Professor Neil Pearce, from LSHTM, who is leading the study, believes different sports may carry different risks of head impact and different long-term effects. “We know that there are increased risks of neurological disorders from head injury in sports such as boxing. However, we don’t know much about the risks from concussion in football, and we know almost nothing about the long-term effects from heading the ball repeatedly.”

Damien McElvenny and John Cherrie, Institute of Occupational Medicine said: “For the first time this study will include a detailed assessment of players’ football heading histories, which could be influenced by factors such as position played, decade of play and level played at.”

The study, supported by the Rugby Football Union, will build on partnerships established through the ongoing BRAIN study, launched in 2016 to assess brain health in former rugby players.